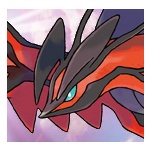 I just wanted to give you a heads up about something:

I think it's time to give up the poll and announce Powerstark the winner of the August user of the month.

Thank you very much. At Aselia they have a manual of style they must adhere to. And Mayu is in the process of making all the pages on that wiki so far perfect before moving on to the next project or new pages. I even did an article of Presa, one of the four Beast Blades from Tales of Xillia based on video playthroughs. The game hasn't come out in america and wont until 2013 but this is what I have come up with so far:

It is a work in progress but with the right tweaking it can be an article to be reckoned with.

Btw, what is the new wiki you're working on, maybe I can help. Just a thought.

Cool. I'll bet between the two of us we can work on some great articles. I'll show you my Zaphias article:

Now Aselia has standards like "No english voice actors without proper sources." for instance, Sam Reigel was the voice of Reid Hershel in Radiant Mythology, yet they can't put up that info without a first person source to back it up. Doesn't that make you mad. One thing worse than getting a character's english voice actor wrong is not putting it up at all.

Hi Crimsonnay, this user has been copy and pasting information from Bulbapedia to this wiki also removing contents on my user page and removed the message from his talk page that I've send him. Could you please ban him so that he can stop with those activities. I thank you for your time. KidProdigy (Local Userpage ⁝ Local Talk) 11:01, October 28, 2012 (UTC)

Should not have done that

Just thought I should tell you this, the boss of Aselia Wikia, Mayu, blocked me for a month, all because I could not follow their protocols, nor control my temper. You were right. They don't deserve my edits. They can take forever and they still wont be done. I don't belong in a by-the-book wiki like Aselia, I belong here and at Winx Wikia. I'll tell you what, I'll go back to check but never edit. Kinda feels good to get this off my chest. Mayu should learn that no one person can check an entire wiki by themselves. Just wanted to let you know that.

hey! check out my new pokemon info by typing New pokemon! (with exclamation) and leave me a message!

First of all, welcome back. Second of all, Lucas should be punihed for what he has done. Third, I checked the three majors and AG069 looks original. So welcome back, Merry Christmas and Happy New Year.

Well, farewell. This wiki will be left in capable hands.

A proposal to redesign the wiki is on the table. Please drop by w:c:czechitout to take a look at the new design, then return to the forum thread to give your views. Thanks :) — CzechOut 03:57, October 24, 2014 (UTC)

Hey I was wondering if you could help me because you are top ranked, in my profile im trying to leave a photo with the name but they are so spaced apart, can u help me out

I would like to ask whether it is possible to delete my profile from this wiki, this would be greatly appreciated! As I wanted to clean up the "history" of this profile to only use it for certain wikis.

Retrieved from "https://pokemon.fandom.com/wiki/User_talk:Crimsonnavy?oldid=670448"
Community content is available under CC-BY-SA unless otherwise noted.