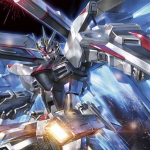 Actually, Ellis is wrong (which happens a lot). I changed the list so it will make more sense. Basically, we mostly need Gen VI sprites. I'm working on finishing up the older sprites, and they have confusing names, so it's probably easier if you ignore the older generations. Anyways, thanks for your help :). --Shockstorm (talk) 08:41, January 18, 2015 (UTC)

Retrieved from "https://pokemon.fandom.com/wiki/User_talk:Caster199?oldid=636994"
Community content is available under CC-BY-SA unless otherwise noted.