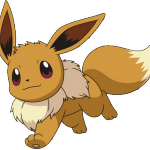 Even that's not certain, as episodes can be aired out of order in the English dub (such as the Pikachu movie episode, or Princess VS Princess for example which was delayed to be the season 2 premiere) and openings and titles have nothing to do with seasons - seasons 2, 3, and 6 (which began with Address Unown on September 13, 2003 and not the first Hoenn ep, which is actually the 13th episode of the season) - the "Kalos Quest" subtitle was never actually used for the season, it was added by the digital releases and the official website (and, well...yeah, similar to how "Indigo League" and "Adventures in the Orange Islands" were titles that were invented only some time after they actually aired on TV) and there's no reason to worry if anything like that happens again as opening songs/titles/journey/region have nothing to do with seasons (though it is a habit of TPCi to have them coincide, there are seven exceptions to the opening/title/region = season rule, with seasons 1/2/3/5/6/8/16 and technically an eighth one if you count 18).
Also, another thing to add, if a season gets a preview, the US date should only be added as the date when the season actually begins, not when the first few episodes are shown as a preview (if a season contains multiple opening songs, add next to them in parentheses which episodes they are used for). A season does not begin until the lineup for that year officially begins, so the US date is added for which date the season lineup began on. Pokémon seasons debut yearly:

Another thing, Bulbapedia copies from this wiki a lot as well, if you see any stolen images from this wiki on Bulbapedia, you can report it to their staff on the Archives site, as it's not allowed there either. PokémonGamer* 17:39, February 17, 2018 (UTC)

Retrieved from "https://pokemon.fandom.com/wiki/User_talk:Carterkane101?oldid=1037282"
Community content is available under CC-BY-SA unless otherwise noted.