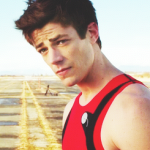 I love glee! It's awesome! And my favorite is Quinn, too! I'm just waiting for them to release the picture of Quinn for Season 4 so that I can change my picture!

I think Marley is amazing, but her mum is my favorite, honestly, in Season 4 :P. My favorite character other than her is Marley, but I think that her Mum is just so sweet! —Preceding unsigned comment added by Trinity-OfLove (talk • contribs)

First off, you do not undo my edit on the Request for User Rights page. Secondly, your request is down. You voted for yourself, meaning your request is down and you have to wait thirty days. If you don't like it, tough luck. You don't vote for yourself and that's as simple as that. Not to mention, you can't even have your request up. You have been here since September 19, 2012. What's rule number two for requirements for running for rollback? You should not be be less than a month old. You will be penalized and you cannot run a request through till December 9, 2012. Perhaps if you kept the page to the revision it was at when I removed your request, I wouldn't have caught the fact that you didn't follow the rules. – Jazzi (talk) 00:05, October 10, 2012 (UTC)

you forgot to put pokemon live! a musical stage show from 2001 to 2002 giovanni created a mechanical pokemon called: mechamew2 it has the ability to learn and copy all of pokemon moves and at the end it turn against giovanni learning about love caring and friendship and you forgotton a new badge called diamondbadge an inspiration for diamondshipping and giovanni used to dated delia since teenagers before she dumped him for ash's dad thats why i need to fix this for me...T^T (sobs)

can you give me the reason why the musical show pokemon live for the united kingdom tour was canceled ten years ago?

The Marriland Wiki is a split-off from the Pokémon Wiki due to Wikia forcing several changes on the wiki, which we were uncomfortable with. As such, all of the Pokémon Wiki's content up to around August is just about identical to the Marriland Wiki. However, since then, both wikis have split off content-wise. chaosvoid 02:00, October 23, 2012 (UTC)

Hi there, responding to your question on Community Central Chat (I was away), you've made two tables. You can put both cells in the same table under different rows, here's the code:

You are no longer allowed to request user rights since it is clear that you asked for these people to vote for you. Perhaps this will be lifted in time. But for now, you are not allowed to request rights. – EnemyPeacemaker 13:54, January 27, 2013 (UTC)

Until further notice, yes. Perhaps you shouldn't have had people from other places vote for you. – EnemyPeacemaker 14:30, January 27, 2013 (UTC)

If Jazzi doesn't respond, you had better damn well wait for her to. Don't come to me. I'm dissappointed with your behavior over the user rights. Don't attempt to request user rights for a long time, as any requests within a 6 month to a year long period will most like reprieved as soon as it is noticed.   Slay Talk  "Shadows wonder why we scream."19:45,1/27/2013    4,527
I'm thinking its going to be a long time before you get user rights, but in the meantime, prove your usefulness and make some edits, (probably the only way to attempt getting back on Jäzzi's good side...)   Slay Talk  "Shadows wonder why we scream."13:23,1/28/2013    4,527

No, I was given absolutely no reason as to why I should unprotect it other than "for the useful if statements". You're going to have to actually think this one over. – EnemyPeacemaker 17:33, January 28, 2013 (UTC)

Sure, you where on the upper hand also. I knew why you where doing it if I am correct. If you have any trouble you also can ask me about it. Regards, KidProdigy (Local Userpage ⁝ Local Talk) 19:22, January 29, 2013 (UTC)

Blugo, I will not disuses this through undoing of edits. Stop what you are doing, undoing it because of fixing a link is pointless. Do you know what [[Ash Ketchum|Ash]] is called? It is called bypassing, it is pointless if there is already a redirect link placed and it is not in use, it takes only edits and if editors want to do something quickly then they do it like that. There is no fixing in redirects so stop undoing it because it turns out pointless. —Preceding unsigned comment added by KidProdigy (talk • contribs)

Also, Please keep your signature so that it is displayed once, I don't like the same words on my user page more than once. Your signature seems to get displayed twice. Every little byte adds up. Please message me when you've fixed your signature. ;) Oh and school, don't worry if your a little less active it will be fine, School comes before wikia, Always.   Slay Talk  "Shadows wonder why we scream."14:02,2/25/2013    4,527

Gotta admit Castform's pretty good, its in my top 10 cos it can adapt to the weather, but i'd say Aron is my favourite. Or Skarmory, cos i one-upped Norman fron Gen 3 with a level 18 Skarmory. and Aron's final evoloutio can learn Surf

most helpful pokemon: Skarmory. made Groudon faint with one

Hey either I know you or Blugo is a common name.

lol so it is you, I saw you edited that Alakazam article and thought your name was familiar.

I recently started editing more actively here and even designed made these to propose for use: Template:Evolution and Template:GenInav. The pokemon nav thing though was requested to be one generation per nav template but I am currently showing them how it would look with all gens on it lol.
You should go here and opinionate.

Man, it's nice to see you again:

I mean the pages of minor character Pokémon that appeared only in one episode. Other Pokémon character pages (like Jigglypuff (anime)) shouldn't have that episode since they appeared in too many episodes. Energy X 12:14, May 4, 2014 (UTC)

It is probably because your version of the site isn't in MonoBook version. To get to this go to My Preferences, go to layout and select monobook, then save then got to your page and see your userpage without the "clear" in it. Ellis99 17:58, May 14, 2014 (UTC)

Well sorry for not telling you, plus its like an alternative of Bulbapedia.

There are a few features that aren't in this:

Would you like to become a member of PokéPower, where we can work as a team? Basically, it is an organization (which has not seen much use in some time), so we could always seek new members (Like you!). Your contributions have been recognized, so if you want to become one, just confirm on my talk page. Energy X 00:17, June 14, 2014 (UTC)

Ah, but membership would still be applied, even if you are not active. I will nominate you (among many others) because you do spend more time and care. Energy X 00:22, June 14, 2014 (UTC)

Retrieved from "https://pokemon.fandom.com/wiki/User_talk:Blugo34?oldid=943306"
Community content is available under CC-BY-SA unless otherwise noted.