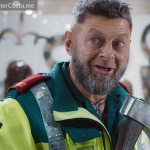 Please stop inserting false trivias like this and this. I never saw Lara appearing in other Pokémon Races episodes because she was only an oneshot character. The Fourth Round Rumble was not the second episode that feature all the evolution line of a Pokémon in the same episode. There are some episodes that featured all the evolution lines of Bulbasaur and Squirtle and both episodes were aired before The Fourth Round Rumble. If you continue inserting more false trivias then you will be blocked. Nectaria

Retrieved from "https://pokemon.fandom.com/wiki/User_talk:15sturmelle?oldid=1221763"
Community content is available under CC-BY-SA unless otherwise noted.