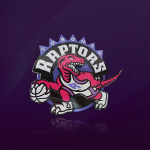 Hello everyone!! I am Pokegod85321, or simply Pokegod. I am a Canadian (Québecois) with full South Korean ancestry living in Thailand since 2011 who really wants to live in Canada again.

I have been a Pokemon Fan since 2009, although I did take a huge break from Pokemon for the entirety of 2013. More information about me and Pokemon can be found later on this page.

Two Notes About Me

1. Yes, I am South Korean by origin, as mentioned above, and Korean is my de jure mother tongue. However, I moved out of Korea at a very early age and thus never attended any Korean schools. Moreover, I have difficulty typing in Korean. So please do not ask me how I am not a native speaker of Korean.

2. I have lived in Montréal for eight years; hence, I am Québecois. However, my elementary school was an English school and French was taught as a second language. After moving to Thailand, I stopped learning French for a very long time, until I started catching up on my French. So please do not even bother questioning how French is not my second native language.

Nonetheless, please do feel free to talk to me in French if you want.

My History with Pokemon

Pokemon has been a big part of my identity and my life for quite a long time.

It was not until late 2009 that I really got into Pokemon. However, the very first time of me seeing Pokemon was as early as the time when I lived in Korea. I had a Tomica Pokemon bus toy which my father bought in Japan (I still have it now); however, being extremely naive back then, I was unaware that it was Pokemon.

Fast forward to my early elementary school years in Canada, one of the teachers at my school gave me a Pokemon counting book (I do not have it anymore as it got ripped and hence thrown away). Though I finally did learn the names of a few Pokemon, the book did not really encourage me to like Pokemon. And over the course of the years following I saw multiple people play Pokemon Diamond or Pearl, mostly at summer camp.

December 2008 is when I got my very first Pokemon game. Having been a few months after receiving my DS, my (true) best friend gave me his copy of Pokemon LeafGreen which he reset for me to play as I only had two DS games. Like a lot of people, I began as a full-blown noob and did not know anything about stats, type effectivenesses, etc. The furthest I ever got was up to Pewter City, and it was impossible to beat Brock, because you guessed it, I chose Charmander, which was the only Pokemon I trained (I did catch other Pokemon but did not train them).

After giving up for a year, I had a conversation with another friend at elementary school who was also a Pokemon Fan, which finally piqued my interest for Pokemon. Thanks to him, I resumed playing LeafGreen and even managed to beat Brock and other gym leaders. I even learned to train my Pokemon as equally as possible.

For my tenth birthday, I received a copy of Pokemon Diamond from my school friend and a copy of Pokemon Platinum from the same friend who helped me seek my interest for Pokemon, the latter of which was a used copy that I decided not to reset since it had many Pokemon migrated from the Gen 3 games, especially Groudon, Kyogre, and Rayquaza. Nonetheless, Diamond was the game I played the most. During the next few months, my best friend and I fought Pokemon battles with each other.

A couple of months later, I was introduced by my best friend to the Pokemon anime when he gave me a VHS copy of five Original Series episodes (in no particular airing order as far as I know) in French. I even borrowed every now and then some Pokemon DVDs of movies and of episodes (again, in no particular airing order) from DVD rental stores. When my family decided to switch the family TV from antenna to satellite, I finally had access to YTV, which was the channel where I watched Pokemon. At that time it was near the end of Gen 4 so the episodes I watched were the Galactic Battles Series and the Sinnoh League Victor series (finally in the correct airing order!).

I heard news of Pokemon Black and White at the end of 2010, and I even got the Shiny Legendary Beasts plus Celebi on both Diamond and Platinum during the event from January to February 2011, making them the first Pokemon I received via event. I also pre-ordered my copy of Black at Best Buy the month before the release day, which I picked up the day it came out. Tepig was my starter, in case you would like to know. Oh, and "Pokegod" was the name I used for myself in that game, hence my current username. Anyway, I got both Zorua and Zoroark on black, as well as Victini Until the time I moved to Thailand, I even watched the first few episodes of the BW series on pokemonepisodes.org.

When I moved to Thailand, I no longer had contact with my best friend and thereby could not trade or battle with anyone, though I eventually did find another (Korean) friend at my new school who played Pokemon as well as and Mario Kart. He had both Black and White (played the latter more) and I battled him a lot.

March-April 2012 was when the Reshiram/Zekrom event happened, so I was glad that I visited Canada during that time to get Zekrom on my Pokemon Black as it was impossible to obtain it in Thailand.

Pokemon Games I Have Played

When someone asks me what my favourite Pokemon is, I would reply that the question is way too broad as I like almost all Pokemon equally (yes, I am one of those people who are bad at making decisions). So I will break the question up by generation, by type, and by fully evolved or not fully evolved.

Despite not being an avid Anime follower, I have been able to compile a list of favourite Anime openings

Five Fun Facts About Me

I have visited a total of 17 countries (including those where I transferred).

1 I have lived there during at least one year

4 I live there now

Name in Other Languages

Dialects and varieties are in italics

Did I make a mistake? Did I forget your language? Is there a language you would like to see up there? You are always welcome to help me expand the list. Just leave a message in my pigeon hole! WE ARE NOT STOPPING UNTIL WE HAVE EVERY SINGLE LANGUAGE IN EXISTENCE!!! please do not do this since I already said that I am inactive

Retrieved from "https://pokemon.fandom.com/wiki/User:Pokegod85321?oldid=984460"
Community content is available under CC-BY-SA unless otherwise noted.