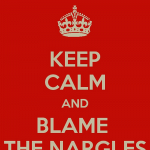 Hi! Here you can learn a bit about me and my interests in Pokémon and other things/fandoms.

My name is Amanda and I'm from Norway. I'm part Finnish, portugese, Norwegian and African (in order). I speak Norwegian and English fluently (with different accents and dialects) as well as a little German and Icelandic. I also know a bit of Latin, French, Spanish and Japanese. I will be taking Japanese this Autumn (2012) after having taken German for 5 years and Latin for 2 years. I take online lessons in Icelandic.

Retrieved from "https://pokemon.fandom.com/wiki/User:Millaindie?oldid=848053"
Community content is available under CC-BY-SA unless otherwise noted.