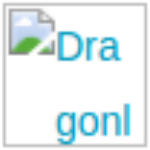 I just joined, but I'm hoping to make as many as possible! :)

My name is Dragon, and I've been playing Pokémon since about 2011. I'm a huge fan of the in-game series, and I'm always playing Pokémon Showdown to improve my battling skills (be sure to ask me for a game - I'd be more than happy to do so! My name is "Bellamybug" and I will do either Random Battles or Ubers.); I love competitive battling. Aside from my obsessive tendencies and relentless pursuit of playing Pokémon, I enjoy reading, gaming and playing sports. I do a lot of EV Training and breeding, but I never pay attention to IV's. :P Oh yes, I'm also an avid Nuzlocker. (͡° ͜ʖ ͡°)

I have seen all of the Indigo League episodes up to the Johto series (I've forgotten what it's called!), but I stopped viewing them at that point. I thought the newer anime wasn't as good as it could be. I really enjoyed the Diamond-Pearl-Platinum series though, it was one of my favourites. ;(*.v.*);

Now that that's out of the way, I'll tell you about my other "other" interests. :P

These are my in-game Pokémon teams:

This section is rather extensive, and has been collapsed to make it more user-friendly.
My Pokémon HeartGold PokéDex has about 400 Pokémon in it, and I've trained a ridiculous amount of them, some of which including:

NOTICE: I only have competitive teams for Generation VI. My Generation IV and Generation V teams are only composed of Pokémon I wanted to use. I mostly use Smogon Movesets anyway. Also, keep in mind that I do breed, so some of these sets will have egg moves.

NOTICE: I have raised a lot more than these six for my team in the game, as the Experience Share has been updated, but the following are my main Pokémon.
I haven't included movesets because they are changing all the time; I breed them a lot and try out different sets for competitive battling. :P

I also use Pokémon like Kangaskhan, Mega Charizard Y and Garchomp competitively. They didn't make it into my in-game team, though. My Rotom is Rotom-Heat.

Yes, I'm using a Dartrix. It's bulkier than Decidueye with the Eviolite, and has over 110 in both defences. Everyone I know uses Decidueye, so now I have the perfect counter for it. >:D (Also, I love Dartrix so much. It's my favourite Gen 7 Pokémon by far.) I'd highly recommend using it, it's much better than you think it is, especially with Work Up. Sweeps are super easy.

This is also my second Lanturn set. I know it's good to have variety, but I changed up the set and now it's even better. Trust me, Discharge always paralyses, and the confusion always haxes.

I also EV my Pokémon! Here's a list of them:

I don't know what I was thinking with this one. :P

Retrieved from "https://pokemon.fandom.com/wiki/User:Dragonleaf5678?oldid=1051223"
Community content is available under CC-BY-SA unless otherwise noted.