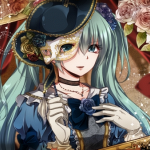 Everything except Mythical Pokemon

This user has 8 total edits.

Salutations everyone, my name is CrymsonShokwave. You can either call me CrySho, or Crymson. My real name is Holly Marie Patterson. I live in Florida all my life, I am part Italian, Irish, Seminole Indian, and.....well, let's just say I'm a "Mutt", lol. I am a freehand drawer and want to pursue my carrer of being a cartoonist, to express me ideas and creativity to everyone in the world. I've been knowing Pokemon for a very long time when I was little, and I still have that deep passion. I have been collecting cards, kept Pokemon merchandise (e.g: plushies, keychains, figurines, etc.), watching the anime, and playing the main Pokemon game series. I even love to draw Pokemon, and my trainer self. Hope to meet anyone of you in this Wiki.

(Trainer appearance) I am about 5'7" in height. I am wearing a black short-sleeved shirt, black bell-bottom jeans, black shoes, black gloves, black choker, black earrings, and a crimson sash around my waist. I am pale skinned, have crimson hair with a pink highlight that goes down to my back, and crimson eyes. The only reason my name is Crymson is my trademark sash on my waist.

She not much of a talkative person to people she don't know. But inside, she is kind, generous, and always the one to help out others. She loves making new friends, capturing Pokemon, and most of all: nicknaming her Pokemon. When it comes to trouble or someone needing help, she gets serious immediately. She's not afraid of anything (except for a fear of tight spaces and heights that exceed her Pokemon's flying range).

She's mostly talented of making her fresh grown Sitrus berries and healing injured Pokemon. She can even sense the emotion of a Pokemon and figure out the motive. She can even hop through trees without falling.

Crymson obtained Bulby as a Bulbasaur from Professor Oak at the start of her journey. At first Bulby was a little shy at first, but he warmed up tp her at time went on. Bulby was always there with Crymson at the worst of times, or when things are going awry. Bulby is able to solve an argument and settle an agreement, or helping other Pokemon when they're sick or hurt. They held a strong bond, even when Bulby is still in Kanto while Crymson ventured other regions. Bulby holds more battle wins than any other Pokemon Crymson had.

Zandria is not only Crymson's second strongest Pokemon on he team, but her tough nature intimidates even the toughest of Pokemon. She has the strength to crush rocks, lift heavy things, and scare off anyone that threatens her an/or her friends. She can even jump tree to tree with Crymson without falling. Zandria may be tough, but she holds a friendship with Arvato, which makes her laugh from his wierd antics. Crymson obtained her not because of her strength, but her will to never give up. Zandria is another of Crymson's Pokemon to hold a lot of battle wins.

Etrea, when she was a Trapinch, didn't get along with Crymson when caught. She always bites her hands, her legs, even her hair, Etrea's temper as a Trapinch was huge that she even use Sand-Attack on Crymson. She often disobeys her, walking away, or not listening to commands. When she evolved into a Vibrava, she starts simmering down, though still stubborn. At the time Crymson was about to get hurt by a swarm of Dustox, Etrea found the courage to protect Crymson, thus evolving to Flygon. Now Etrea and Crymson are the best of friends, and Etrea is always please to let Crymson get on her back to fly to her destinations.

Crymson had Neulo as an egg from her friend back in the Johto Region. She hatched into a Pichu a few days later. Crymson gave Neulo a little bandana around her neck, and wrist bands to show off her uniqueness. Neulo may have experienced a lot of battles, but she perfers contests, showing off her grace to the audience. She is always the cheery and enthusiastic Pokemon. Though Neulo has friends in Crymson's team, but her best friends from her journey through the Sinnoh region and in contests are Zorro (Roserade) and Lunette (Milotic).

Before Arvato met Crymson as a Sneasel, he was more of a clown than any other Sneasels. He would want to make friends with others of his species, but since he was a very clumsy Pokemon, he became outcasted. Upon Crymson's return to the Johto region to face off the Champion, she met Arvato at Mt. Silver being pushed away from the other Sneasels, being hisusual self. Arvato thought Crymson might release him, but instead he heard her laugh. He questioned why as Crymson stated "All I wanted is my Pokemon to act they way they truly be. And you, Arvato, bring joy and laughter", which made Arvato smile. Arvato is now a Weavile and still acted the way he still is.

One of the few Shiny Pokemon Crymson obtained on her Pokemon journey. She met Nando near the entrance of the PokeAthon. She gave him a few Sitrus berries, but before she went to get a PokeBall, he was no where to be seen. Crymson went on, and without noticing, Nando followed her. Until her stop before her battle against the Steel-Type Gym Leader Jasmine, Crymson spotted him after she got out of the Lighthouse. Nando decided to come along with her. Nando's bond with Crymson was quick and strong. Now as a Nidoking, he is more protective of Crymson and wouldn't let her get hurt.

Retrieved from "https://pokemon.fandom.com/wiki/User:CrymsonShokwave?oldid=848047"
Community content is available under CC-BY-SA unless otherwise noted.