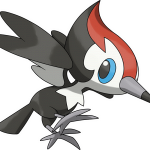 *an episode where Ash and his friends were captured by natives and Lillie is their tribal queen.

*Ritchie to return in the Sun and Moon Anime.

*A pokemon region based on Africa.

*One of the Team Twin Starmie guys, and one of Ilima's fans to have names.

* An episode where Acerola comes to Pokémon School

Retrieved from "https://pokemon.fandom.com/wiki/User:Ben6439?oldid=1262911"
Community content is available under CC-BY-SA unless otherwise noted.