Tympole is a small aquatic tadpole-like Pokémon. Tympole has a rounded black body with a tan-colored face. It has a small grinning mouth, round black eyes, and black eyebrows that resemble musical notes. It has round blue dome-shaped blue ears on either side of its head, and a flat, ovular blue fin-like tail.

N is shown to be owning a Tympole as he used it in a match against Black, though after his Tympole lost he did not return it to its Poké Ball because he thinks that Pokémon are his friends and he shouldn't trap it in a Poké Ball. 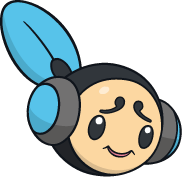 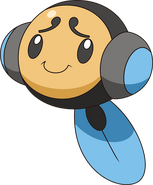 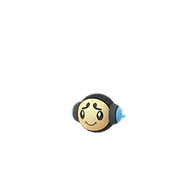