For the variant appearing in the games, see Trevor.

Trevor is a character appearing in Pokémon the Series: XY and XYZ, who is a friend and rival of Ash.

Trevor is a small and thin boy with orange rounded hair and gray eyes. He wears a white collared shirt under a blue one, with a Poké Ball logo on his left side of the chest and has gray pants with green shoes. He also wears the Holo Caster around his neck and a green backpack shaped like a smiley face. Prior to the Kalos League, Trevor obtained a Key Stone and placed it on his Holo Caster.

Though somewhat silent, Trevor is a skilled trainer, who wishes to learn more about Pokémon and battles. He is also a determined photographer, wanting to take pictures of all the Pokémon in existence. However, this desire sometimes causes Trevor to forget certain things and activities he was supposed to do.

Trevor and his friends, Tierno and Shauna, met at Professor Sycamore's lab, where Trevor chose a Charmander for his starter Pokémon. Trevor bid his friends farewell, though they tended to meet each other in certain places. During his travels, Trevor also took some pictures of rare Pokémon.[1]

Trevor came to the Pokémon Summer Camp, along with her friends, Shauna and Tierno, forming Team Squirtle. Trevor was chasing his Charmander, who ran off to a lodge, where it was startled by the other Pokémon and used [Fire Fang] on Clemont's Chespin, whose flame was doused by Tierno's Squirtle's Water Gun. Trevor met the heroes and was fascinated by Ash's Pikachu, taking a photo of him, since his goal is to take as many pictures of Pokémon as possible. Later on, the heroes were allowed to have a battle with the opponent of their choosing, so Clemont chose Trevor to battle, using his Chespin to battle Charmander.[1]

With a few days being passed, Trevor, in the fishing competition, managed to fish out a Wailord. Later, Sycamore dismissed the teams, who would have to make a PokéVision video. At the end of the day, Team Squirtle showed their video, where Trevor expressed his desire of becoming being a scholar and learn more about Pokémon, along with his Charmander. While Team Squirtle did not receive any points at the end of the day, Trevor was not sad they lost to Ash, Serena, Bonnie and Clemont. The team was also reminded they were tied with Team Froakie for having an equal amount of points.[2]

The following day, Trevor, with the rest of his team, were to collect some stamps in a race. In the third part, Trevor went into a dark maze with his Charmander to take the stamp. After collecting the stamp, Trevor followed his friends, Shauna and Tierno, to other parts of the race, but stopped and decided to help find Bonnie, who somehow got lost. Going through the forest, both teams found Bonnie, unconscious, on the other end of the cliff. Ash managed to jump onto Drifloon and Drifblim to get Bonnie and carry her on his back. When returning, Ash tried to jump to the other side, but he was too far and started to fall. Clemont extended his Aipom Arm and reached Ash, Pikachu and Bonnie up, who were lifted back by Serena, Tierno, Trevor and Shauna. Bonnie woke up and confessed she saw a strange Pokémon in the woods, which everyone noticed about. Despite neither team having accomplished the race, Trevor did feel it was a good experience to have seen the mysterious "X" Pokémon.[3]

On the last day of the Pokémon Summer Camp, the teams were to pair up and participate in a battle tournament. This pleased Tierno, Shauna and Trevor, since they have been known to battle together and make combination attacks. Before the tournament began, Team Squirtle came to the cooks - who were the Team Rocket Trio - and were told they needed to hand over their Pokémon for health inspection at the Pokémon Center. Tierno gave his Squirtle, Shauna her Bulbasaur and Trevor his Charmander. After some time, Team Squirtle visited the Pokémon Center and were shocked to hear the cooks did not give her the Pokémon. The heroes joined Team Squirtle in finding the missing Pokémon. They found the cooks and Pikachu removed the table cloth, revealing Team Squirtle's Pokémon had been captured and bound by Leech Seed. Team Rocket removed their disguises and attacked with James' Inkay and Jessie's Pumpkaboo. Clemont's Bunnelby used Dig, distracting Team Rocket and allowing Fennekin to use Scratch on the vines and Froakie to free the Pokémon by using Cut. Pikachu was able to use Thunderbolt to get rid of Team Rocket. Later on, Team Squirtle faced Team Froakie in a three-on-three battle. Trevor had sent Charmander in the battle with Shauna's Bulbasaur and Tierno's Squirtle, even gaining the upper hand during the battle. When Serena's Fennekin was defeated, Clemont and Ash worked together and defeated Tierno, Shauna and Trevor. Despite the loss, Trevor knew they all gave their best. The following day, Trevor went off, bidding farewell to his friends.[4]

Along with his friends, Tierno and Shauna, Trevor watched Serena's performance in Dendemille Town.[5]

Trevor encountered the heroes, as he was chasing his Charmeleon, who evolved from Charmander prior. He greeted the heroes, showing he won some Gym Badges. After a quick match with Ash's Fletchinder (in which Trevor lost), Trevor revealed he wanted to take a picture of Moltres, since he did take pictures of Articuno and Zapdos already. He showed a blurred picture of Moltres, which Clemont used to show to his machine to show the place where Moltres appeared. As they went to the volcano, Mount Molteau, Trevor took pictures of other Pokémon he was fascinated by. After having arrived to the top, the heroes faced Team Rocket, causing Trevor to take pictures of Jessie's Gourgeist, being fascinated by its size. Trevor sent Charmeleon to battle Team Rocket, but the machine Clemont invented bashed into a rock, causing an explosion and awakening Moltres. Team Rocket attacked Moltres, who blasted them off and attacked the heroes, believing they are also its enemies. Fletchinder tried hard to protect the heroes and evolved into a Talonflame. Nevertheless, Moltres hits it with Fire Burst, causing Talonflame to nearly fall in the lava. Ash, despite being restrained by his own Pokémon and Trevor, jumped in and held Talonflame. Both were saved by Frogadier, who pulled them with his frubbles. Moltres, seeing the bond Ash and Talonflame shared with each other, left in peace. After they left the mountain, Trevor left the heroes, proud he got the new picture of Moltres.[6]

Trevor was supposed to meet up with Tierno and Shauna to cheer for Shauna in Anistar City's Showcase, but found new Pokémon he was interested in taking pictures of.[7]

Tierno watched the Pokémon Showcase Master Class Tournament in Glorio City from a television with Trevor. They also voted for their most favorite Performer.[8][9]

Tierno and Trevor came to the Kalos League Tournament. Before the opening, they encountered Ash and his friends. Trevor promised to give his best during the battles. He also gazed at the screen and found his opponent for tomorrow's first battle: Alain. Seeing Trevor would battle Alain, Tierno claimed Trevor should use his ace, which made Ash quite curious what they were talking about. During the Kalos Pokémon League Tournament, Trevor and Alain had their first battle at the Kalos League. After his Charizard blocked Alain's Charizard's Flamethrower with Dragon Claw, Trevor Mega Evolved his Charizard, whose ability, Drought, was activated. Trevor's Mega Charizard tried to attack Alain's Mega Charizard with Heat Wave, but failed, as Alain's Charizard slammed its tail in the water to negate the attack. Alain Mega Evolved his Charizard and the two clashed using Flamethrower and Fire Spin. Trevor's Mega Charizard flew in mid-air to avoid a smoke cloud created by the attacks, but Alain's Mega Charizard fired its Flamethrower at a 50-degree angle, knocking the Fire-Flying type out. Frustrated, Trevor sent Aerodactyl, who was also easily defeated. Trevor had Florges use Energy Ball, but was negated and defeated by Alain's Mega Charizard's Flamethrower. Seeing he lost, Trevor noted his time at the Kalos League was already over. Regardless, Trevor continued watching the battles and was glad about Ash-Greninja, seeing Ash had a trick up his sleeve as well.[10] A part of this battle was shown in a TV show, hosted by Malva. Meanwhile, Trevor watched Tierno battling Sawyer. When Tierno sent out Ludicolo and both started dancing, Trevor took pictures of them with his Holo Caster.[11]

Trevor watched Ash battling Sawyer and saw how Sawyer's strategy was unusual, but was by the book. He also knew Sawyer's Slaking, who continuously used Slack Off, would eventually faint and was surprised to see Clawitzer used Aqua Jet to fly and track Talonflame in mid air.[12] Trevor was amazed by the great battle and noticed how Sawyer's Sceptile controlled Frenzy Plant attack, which was quite powerful. In the end, Trevor was glad Ash won the battle.[13] The day before the finals, Trevor ate some sweets with Tierno and Shauna. As Mairin passed by, Trevor saw Chespin and realized it was Clemont's. Soon, the group found the heroes and Mairin gave Clemont's Chespin back. The heroes thanked Tierno, Shauna and Trevor, who pointed out Mairin found Chespin. The group came to the Pokémon Center, where Mairin told them about her own Chespin. They were also approached by Professor Sycamore, who informed them about Ash's Greninja's transformation power. The next day, Trevor sat by his friends to watch the finals between Alain and Ash.[14]

Trevor was watching the Kalos League finals and was glad Ash won the first battle, knowing it gives an advantage to Ash. However, he also noted Alain was also a powerful opponent, managing to defeat Ash's Hawlucha easily and pointed out a single mistake can cost either opponent much.[15] Trevor continued watching the battle; he and Tierno how Alain had only Bisharp and Charizard, making him at a disadvantage. He was also surprised to see how much power Alain's Charizard had, even if it battled against Ash-Greninja. In the end, even with Ash losing the battle, Trevor was still glad Ash had put a great match that amazed everyone.[16] Since the chaos broke out on the streets of Lumiose City, Sawyer teamed up with Tierno, Shauna and Trevor to help the citizens. The group managed to protect the citizens and send them to a safe place, where they tended to the citizens.[17] Tierno, Shauna, Trevor and Sawyer came to her, wishing to help out amidst the chaos. Thus, Diantha had them rescue elders and children, then escort them to safety.[18] Tierno, Shauna, Trevor and Sawyer watched Team Rocket's broadcast about Team Flare and the Giant Rock.[19] They were happy the Giant Rock was stopped and destroyed in the end.[20]

Eventually, Trevor met up with his friends and was glad the heroes survived the battle against the Giant Rock. He was happy to watch the Showcase made by Shauna, Serena and Jessilee, which also made him dance. The next day, after Grace bid farewell to them and left by bus, Trevor went with Shauna and Tierno to investigate the case of Pokémon running away from Lumiose City.[21] Shauna, Tierno and Trevor were doing professor's task by examining the area with wild Pokémon. Ash also recalled how he and his friends were with Trevor facing Moltres when he was returning to Pallet Town.[22] 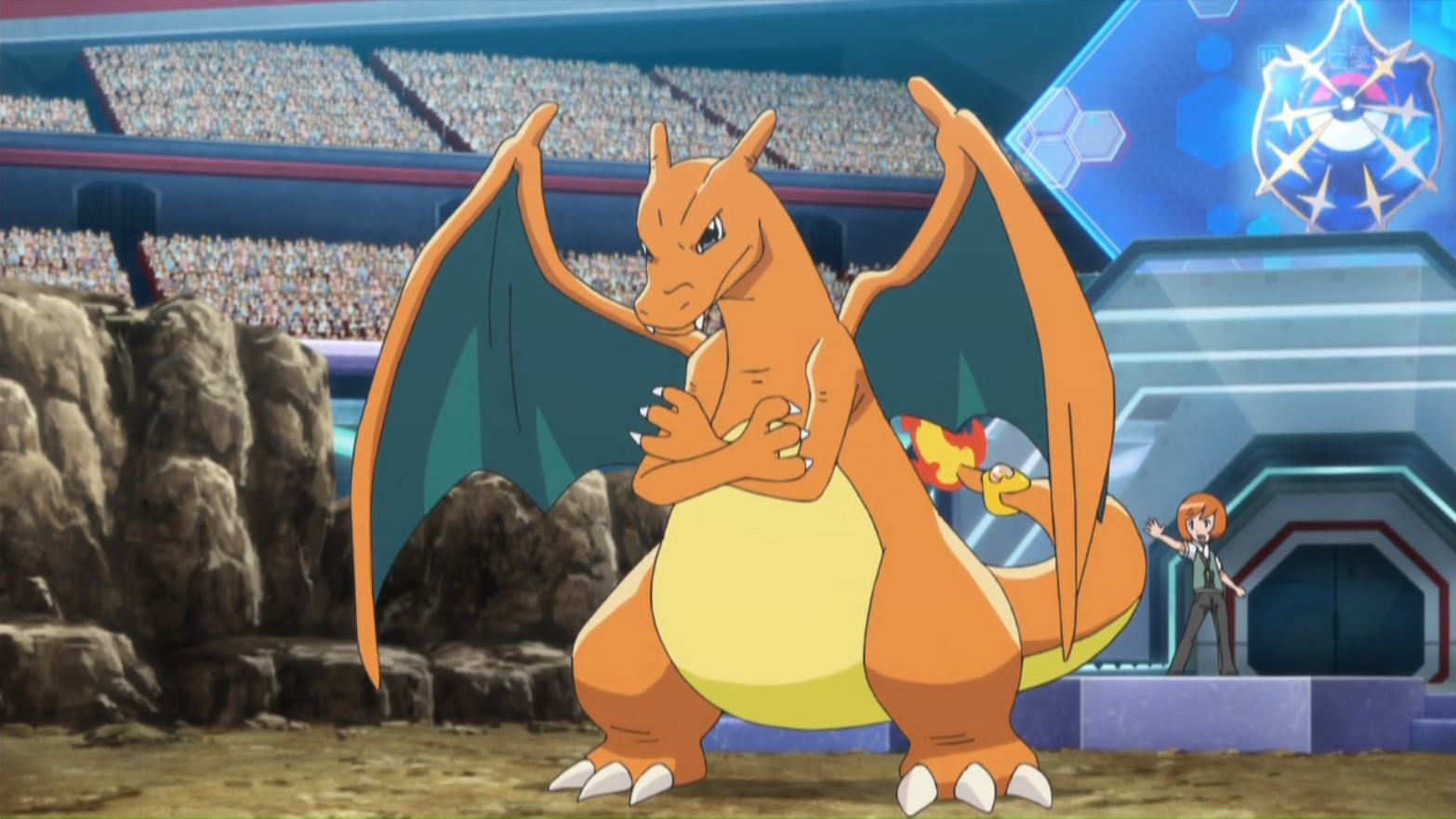 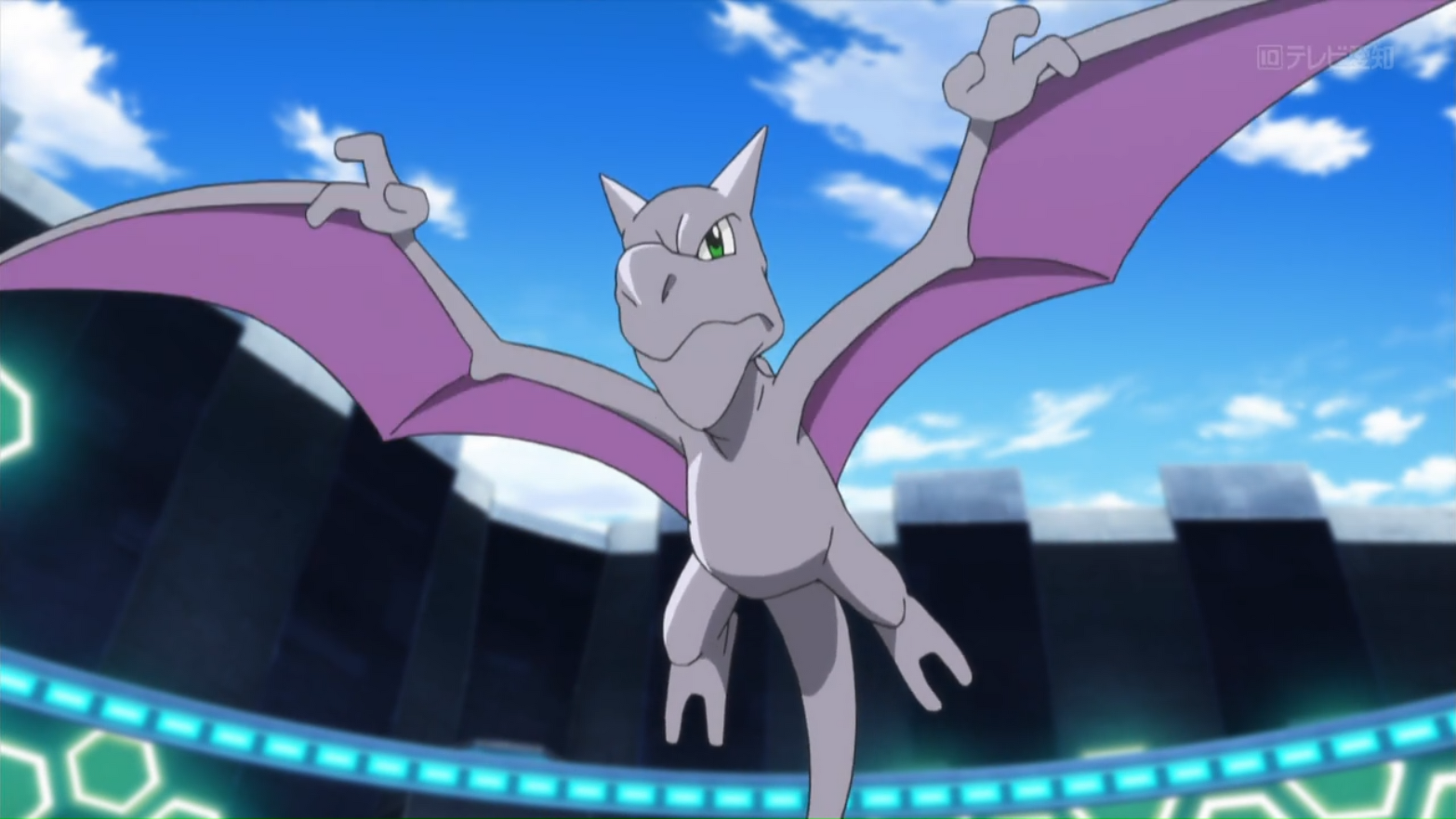 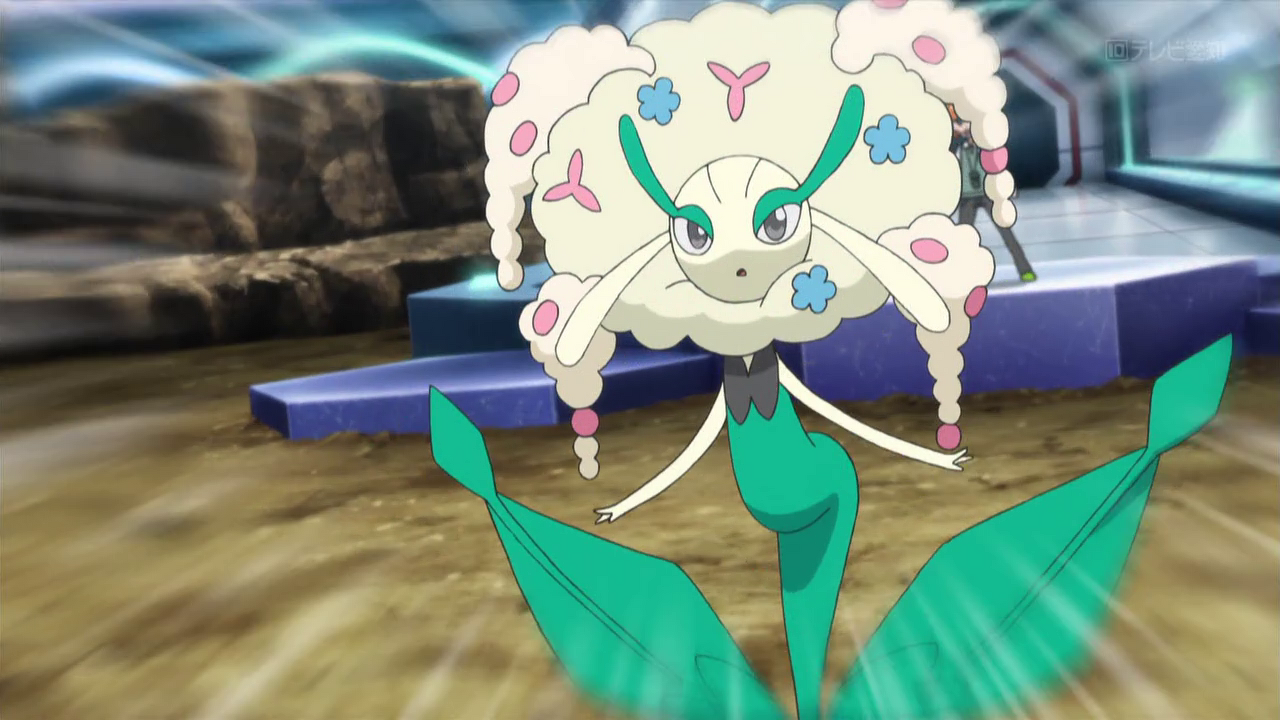 Trevor, Tierno and Shauna watching the Pokémon Showcase Serena is in

Retrieved from "https://pokemon.fandom.com/wiki/Trevor_(anime)?oldid=1414900"
Community content is available under CC-BY-SA unless otherwise noted.