Travis is a character appearing in Pokémon the Series: The Beginning.

With his appearance, he exactly repeats the appearance of Ash Ketchum and, like him, wears a cap with a visor. However, his clothes are different from Ash's clothes in color.

According to Ash, Travis loves Pokémon as much as he does.

Travis was Luana's son who went on his journey with goal to become Pokémon Master. Due to looking very similar to Travis (as well as having a Pikachu as his Starter Pokémon), Luana initially mistook Ash Ketchum to be her son, and when he defeated her in the battle for the Jade Star Badge, she realized how much Ash had in common with Travis. 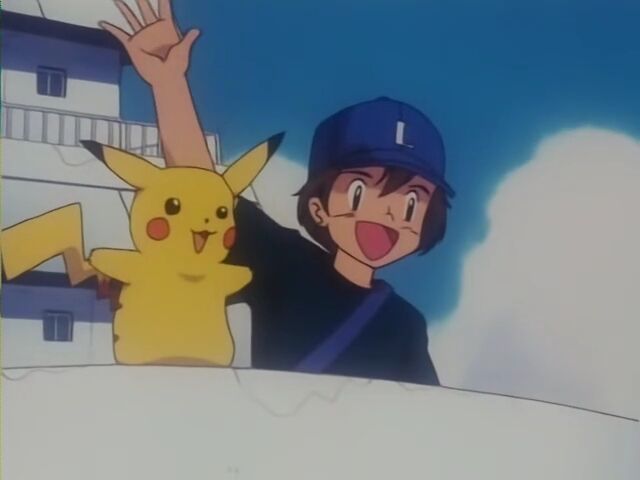