Template:Tornadus Tornadus (Japanese: トルネロス Torunerosu) is a Flying-type Legendary Pokémon introduced in Generation V. It and its counterparts Thundurus and Landorus form the Forces of Nature.

Tornadus does not evolve.

Tornadus' name is a combination of the English words "tornado" and possibly the end of "Enceladus," who was a giant in Roman and Greek mythology. 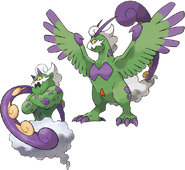 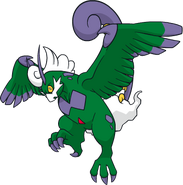 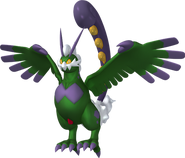 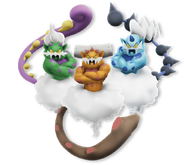