Timmy Grimm in other languages

Timmy Grimm is a character appearing in Pokémon: Advanced Challenge, who dresses up as "The Phantom".

As he was walking in Verdanturf Town, Timmy noticed a Duskull and befriended it. However, his mother forbade him to have a Pokémon, which made Timmy sad. Fortunately, his father, Tommy, made a costume for Timmy, to disguise himself as the Phantom to train Duskull.

Being disguised as the Phantom, Timmy battled Drew and even managed to defeat his Roselia. Drew fled, while Timmy disappeared. As he was walking, Timmy noticed May training for the Contest. He disguised himself as the Phantom and challenged them to a battle, an offer, which Ash accepted. Dusclops managed to wound Pikachu, but before the battle could continue, Timmy noticed his mother coming, so he called his Dusclops back and fled. His mother went to catch him and while he was running, Timmy accidentally cut his arm and dropped a pencil. Once the heroes and Timmy's mother came home, the latter confronted Timmy, showing the pencil he dropped and noticed Timmy got his hand cut. Timmy was terrified and took the pencil, then ran off to his room, while his mother suspected Timmy was the Phantom. Once the woman left, her husband, Tommy, explained the heroes Timmy was the Phantom and introduced him to the heroes. The heroes made a plan, where Brock disguised himself as the Phantom, while Timmy went out, surprising his mother he was not the Phantom. After Team Rocket, who wanted to unmask the Phantom's identity, were blasted off, Timmy's mother left inside the mansion, while Timmy swore to May they would have a good battle during the Contest.

Tommy managed to let Timmy to the Contest, as Tommy decided to confront his wife. Timmy came to the Contest Hall, where he met up with the heroes. Putting his mask on, he was determined to win the whole thing. During the first round of the Contest, Timmy, disguised as the Phantom, had Dusclops use Will-O-Wisp and Psychic, earning him 27.8 points. During the next round, Timmy sent Dusclops to battle Jessie's Dustox. Despite getting hit by its Psybeam, Dusclops countered the attack with Psychic. Timmy won the round, but Jessie, along with Meowth and James, went to capture Timmy's Dusclops. Pikachu blasted them off, but the explosion caused Timmy's mask to fall off and, in addition, Timmy found his mother, who tried to apologize but couldn't spit it out and ran off. In the final round, Timmy faced against May, who sent Skitty against his Dusclops. Since Dusclops was a Ghost-type Pokémon, Skitty's attacks had no effect, as Dusclops inflicted damage to her with Will-O-Wisp and Focus Punch and Skitty could not retaliate with Blizzard. Fortunately, May's Skitty used Assist, which turned into moves that countered Dusclops'. In the last minute, Timmy's mom encouraged her son to give his best, while Skitty mastered Blizzard and attacked Dusclops. In the end, Dusclops was defeated, but Timmy was glad, since they had a good battle and even his mom promised to keep Dusclops if he continued his studies.

Before arriving to Slateport City for May's Grand Festival, she and Ash remembered their past adventures so far. May recalled facing Timmy Grimm and his Dusclops in her third Contest. 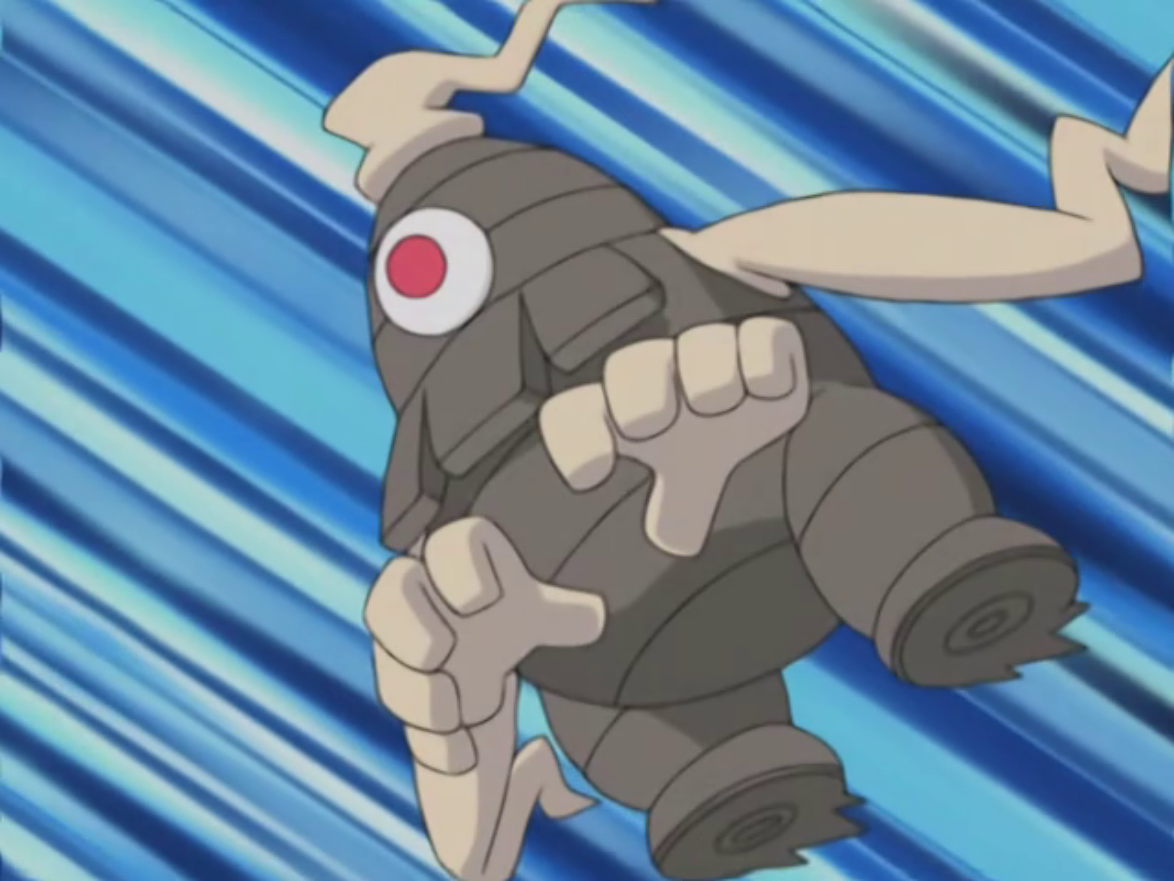 Timmy Grimm disguised as The Phantom