For the antagonists in Pokémon Mystery Dungeon: Explorers of Time, Darkness and Sky of the same name, see Team Skull (Mystery Dungeon).

Sun and Moon
Team Skull is a street gang that appears in Pokémon Sun and Moon. The group was founded by Guzma. It started out as an antagonistic group until it became a reformed allied gang during since the incident of Team Rainbow Rocket in the update Ultra Sun and Ultra Moon.

Team Skull wears gang clothes which were made and owned by the grunts themselves. The clothes are mainly black, with a skull helmet and their emblem hanging from a necklace/chain. Male grunts have blue hair and female grunts have pink hair.

Team Skull is encountered many times in the course of the story. They are mostly bugging people and stealing rare Pokémon. They try to steal berries from a man, but the player character stops the two grunts. Two grunts are also encountered at the Verdant Cavern trial and turn out helping the player character by blocking the two other holes where the wild Pokémon hides in.

After the Ghost trial, Plumeria and two grunts steal a girl's Yungoos and tell the player character to go to Po Town alone. The player character goes to Po Town, which is taken over by Team Skull, and battle a lot of grunts. The grunts mention that they couldn't pay the taxes (Pokémon Center) and that they are only trying to get money. Eventually, the player character gets to the big house and battles Guzma, after giving the passwords found throughout the house and then saying no instead of yes, who gives back Yungoos after being defeated. Unfortunately, when going back to the Aether House, it is told that Lillie has been taken to Aether Paradise. Gladion will take the player character there to save Lillie and will help throughout the infiltration of Aether Paradise.

Before getting to the mansion where Lillie is being held, a lot of grunts are waiting to battle. Gladion will battle Guzma, who is at the end of the road, but loses. The player character will advance after defeating the grunts and then beat Guzma. Guzma was just blocking the way so one wouldn't bother Lusamine, whom he had been working with. He will enter Ultra Space with Lusamine to capture some Ultra Beasts after the wormhole opens.

Team Skull is encountered at Poni Island and say that they want to get Guzma back. Plumeria apologizes to Lillie for stealing Cosmog before continuing. When entering Ultra Space, Guzma reveals that he tried to capture an Ultra Beast, but failed and got possessed. He was scared for the first time in his life. He will later exit the Ultra Space with the player character, Lillie, and Lusamine.

As revealed by a female Team Skull Grunt in a trailer on Route 13. Apparently, Team Skull was formed out of an old group once formed by one of the old kahunas but apparently fell apart after they got smacked down by the wrath of the Tapu.

Team Skull first appears in Alola to New Adventure!, where they attack the Pokémon School and almost all environments around Alola.

The foundation started back in the day when Team Skull leader Guzma was once one of the two apprentices of a Kahuna Hala, alongside his rival Kukui in SM128. Unfortunately at tragic night, Guzma began to rebel the traditions of Alola region’s Kahuna Trials and Island Challenges, even rejecting the custom ideas like international Pokémon league, claiming that he can surpass everything without Z-Moves. This cause Hala and Kukui blamed themselves for not being there to fully supported Guzma to the righteousness path. 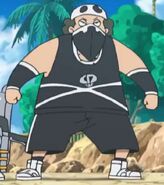 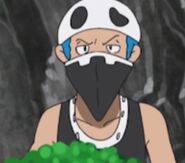