Team Rocket's balloon is a running gag, used by Team Rocket trio in Pokémon anime. It is their main transportation.

In Original Series balloon appeared stylized as Meowth's head with raised paw on right side, ears, vibrisses, amulet and tail on rear, balloon had green basket and beige sandbags. Under basket it had a door for various mechas, same design kept until Best Wishes!, it is was destroyed many times and trio many times blasted off from it but they every time repaired it.

In JE149 they used Sneasel balloon, it was stylised as Sneasel's head with tail on rear. The balloon was accidently destroyed by Team Rocket's Meowth and wasn't repaired. 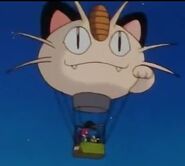 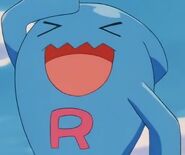 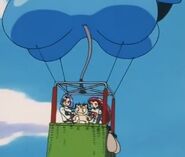 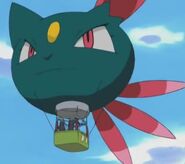 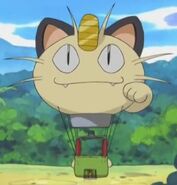 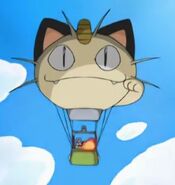 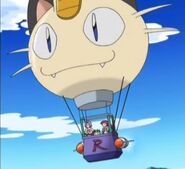 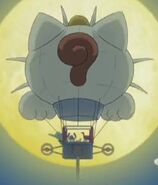 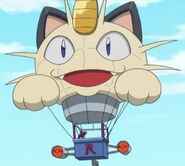 Meowth balloon in XY
Add a photo to this gallery
Retrieved from "https://pokemon.fandom.com/wiki/Team_Rocket%27s_balloon?oldid=1025544"
Community content is available under CC-BY-SA unless otherwise noted.