For the variant appearing in the games, see Tate and Liza.

Tate and Liza are characters appearing in Pokémon Adventures, who are the Gym Leaders of Mossdeep City in the Hoenn region.

Tate and Liza are two young children, who have dark blue hair and eyes, a pair of white ribbons on their hair. Liza has two pigtails, which Tate does not, forming a distinction between these twins.

Tate and Liza wear blue outfits, with dark blue outlines and a planet-like decoration on their thighs. On their chests (which has a white outline), Tate wears two green star decorations, while Liza wears two pink ones. They both wear blue shoes.

Tate and Liza are two Gym Leaders who support each other in Double Battles. Despite their young age, they try to do their best in their mission to protect Red and Blue Orbs. They consider themselves to be really special, since they were appointed as two Gym Leaders for the special mission at Mt. Pyre.

Sapphire thought of the Gym Leaders, including Roxanne, whom she had to battle against for the bet she had with Ruby.[1][2]

While thinking of the Gym Leaders, whom she could not battle yet, as Team Aqua were causing trouble in Hoenn, Sapphire imagined Tate and Liza.[3]

Tate and Liza were called to Mt. Pyre on the request of the Pokémon Association chairman to protect the Red Orb and Blue Orb. However, they could not be at the gym leaders' meeting in Fortree City. Liza and Tate, and their Pokémon, sensed an evil presence approaching Mt. Pyre. Tate wished they could've informed others of their mission, but Liza reminded Tate they are a due of Gym Leaders, who were trusted enough with the special mission. Sensing the area around them was getting hot, the twins found two sinister figures with two Slugma and challenged them to a double battle.[4] During the battle, Tate and Liza managed to use their mystic combinations and defeat the Slugma. However, Tate expressed concern when his sister staggered, but the two continue fighting the Slugma, who continued to battle over and over. Little did they know they were fighting Blaise's illusions.[5] Eventually, the two Gym Leaders have disappeared from the mountain.[6] Their hairpins were found by Brawly, whose Hariyama used Knock Off on Blaise's Slugma. Brawly demanded to know where they were, but Blaise refused to answer.[7] Eventually, they were found and rescued by Juan.[8]

Tate and Liza accompanied Juan to Mirage Island, where they met Ruby and Sapphire, who were to be trained to battle Kyogre and Groudon.[9]

Tate and Liza stayed with Juan on Mirage Island, but noted something was wrong, while Juan warned Ruby and Sapphire if they did not leave immediately, they would get stuck in time.[12] Through Juan's Kingdra, Tate and Liza saw how Ruby managed to thwart away Kyogre and Groudon. They commented Juan was even wrong on his prediction, as both Ruby and Sapphire had to defeat two powerful forces. However, Juan believed the two powerful forces were not Kyogre and Groudon at all, which shocked the twins.[13] In the end, after Celebi used its power, Ruby and Sapphire were on the airship, on which the Gym Leaders, including Tate and Liza, congratulated them.[14]

Eventually, Wallace, along with Juan, Lisia, Tate and Liza, arrived by his aircar to Sootopolis City. Ruby was glad they arrived and spoke with Lisia. Just as he wanted to speak with Sapphire, everyone pointed where the furious Sapphire went to.[15] At Sootopolis City, per Steven's orders, Tate and Liza launched an attack, which merged with others' attacks and shattered the meteorite.[16] 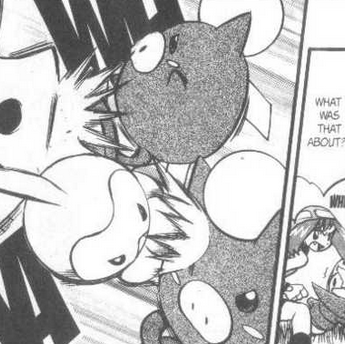 Tate and Liza's appearance in Ruby & Sapphire arc.
Add a photo to this gallery

Retrieved from "https://pokemon.fandom.com/wiki/Tate_and_Liza_(Adventures)?oldid=1137732"
Community content is available under CC-BY-SA unless otherwise noted.