Tara Sands is an English voice actress and one of the original voice actresses for Pokémon. She has been known to voice both male and female humans in the Pokémon series, especially young boys. Aside from this she was also credited for playing the main character Tiara from Shamanic Princess. She also has some voice roles in video games. 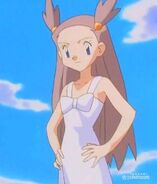 Ralph from the Orange Islands

Max from "Maxxed Out!" 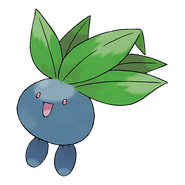 Kirlia
Add a photo to this gallery
Retrieved from "https://pokemon.fandom.com/wiki/Tara_Sands?oldid=993892"
Community content is available under CC-BY-SA unless otherwise noted.