Tapu Lele (カプ・テテフ, Kapu Tetefu) is a psychic/fairy-type Legendary Pokémon introduced in Generation VII. It is part of the Guardian Deities.

Tapu Lele's inner body is black with white markings under its eyes and around its torso. It has pink eyebrows and two long, digitless arms with pink around the wrists. The inside of Tapu Lele's body is inside of the lower, larger part of its shell, with the upper part of the shell on its head. It can close the shell to look like a butterfly.

Tapu Lele is guilelessly cruel, meaning it doesn't know any better. Despite this, it will heal people and Pokémon with its scales. It's the guardian of Akala Island, and it lives at the Ruins of Life.

Its scales have healing properties.

Tapu Lele appears to be based on a totem pole stylized as a butterfly. Its butterfly connection is furthered with its power being stemmed from flowers, as butterflies are pollinators, as well as having scales that cover their wings, another aspect that Tapu Lele shares. Its overall design also slightly resembles an insect cocoon when it hides in its shell. With the Tapus being similar to the four major Hawaiian gods, Tapu Lele may be based on Kāne, a creator god. Tapu Lele also resides on Akala Island and has pink in its design. Akala Island's real life counterpart, the island Maui, has pink as its official color. 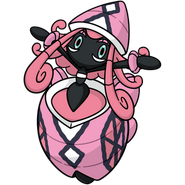 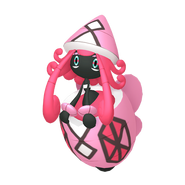