Taillow has the tail of a swallow. Its stomach is mainly white, while up near the neck it begins to turn a red/pink. At the top of the end, there is a small triangle where the red/pink color ends and where it begins to turn blue. The blue looks like hair on the head. Its talons are a creamish color. It also has a blue tail.

Taillow evolves into Swellow once it reaches level 22.

Ash Ketchum caught a Taillow in AG004: You Never Can Taillow until it evolves into Swellow in That's Just Swellow! 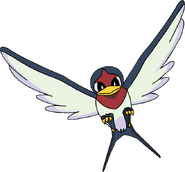 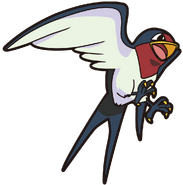 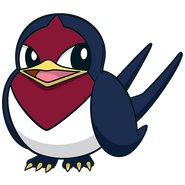 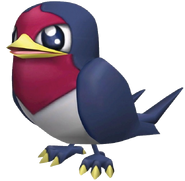 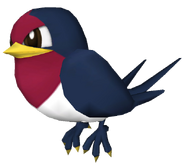 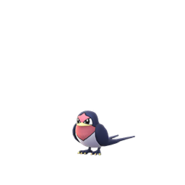