For the variant appearing in the games, see "Tabitha".

Tabitha in other languages

Tabitha is a character appearing in Pokémon the Series: Ruby and Sapphire as an admin of Team Magma. He is also Maxie's right hand man.

Tabitha is a man with black hair. Tabitha is a tall person with dark eyes, who wears a red shirt with the logo of Team Magma etched onto it. The shirt is with a hood, decorated with two black horns and a black dot in the front and has a short red cloak on its back. Tabitha also wears a black uniform, underneath his shirt with two pairs of gray stripes around his thighs. He also wears red pants, black shoes and a pair of red gloves with red bands around his forearms.

Tabitha, being a commander of Team Magma, is a tough, intimidating man. He uses brute force to accomplish things he is ordered to, and he also values his leader, Maxie, in a high regard and would protect him and obey his every command without hesitation. Tabitha also has some rivalry with Shelly of Team Aqua and would battle her whenever the chance arose. He is cruel to Ash Ketchum and his friends who he deemed them as "kids" for getting in his way.

In his first official appearance, Tabitha came off an airship with his team. Together, they entered a Secret Base, occupied by Team Rocket. Before Team Rocket could finish reciting their motto, Tabitha had them chased away by Mightyena. Once everything was secure, Tabitha's team started drilling through the Secret Base, revealing a cave sheltering an ancient building. They made their way to the ancient building, where Tabitha ordered his men to search the ruins for the Red Orb. Once Team Aqua, led by Shelly, arrived, Tabitha sent Mightyena to attack them. However, Shelly ordered her Carvanha use Hydro Pump to deflect the attack. Shelly had her team search the building, but Tabitha did not interfere, as both Team Aqua and Team Magma were searching for the Red and Blue Orbs, suspecting the place was the Cave of Origin. However, both teams confirmed it was but an abandoned ancient shrine. Without further ado, Tabitha recalled his Mightyena and retreated with his team.[1]

Tabitha snuck into the Slateport Museum with two grunts. There, they confronted Captain Stern and took his briefcase, containing a stone created by a Legendary Pokémon. They ran off but were confronted by Team Rocket, who sent out Seviper and Cacnea. Tabitha's Mightyena managed to evade their attacks and blast them off with Iron Tail, but Ash, Max, Marius and Captain Stern arrived and confronted Tabitha as well. Ash sent out Pikachu and Corphish, and Captain Stern a Sealeo, asking Marius and Max to run off and report to Officer Jenny the crime Team Magma was committing. Tabitha ordered to Mightyena use Hyper Beam, but the attack was negated. He also attempted to attack Max and Marius while they were escaping but failed. Per Stern's advice, Ash tried to run off with the suitcase as Sealeo used Blizzard on Team Magma, but Ash was hit and dropped the suitcase, causing the stone inside to split into two uneven pieces. Tabitha's Mightyena retrieved the greater piece, and he flew off with his grunts in their helicopter before the police arrived.[2]

Tabitha came with his team to Mt. Chimney to retrieve a meteorite. There, they found a scientist, named Professor Cozmo, who had taken the meteorite. As they were threatening Cozmo to give them the meteorite, they encountered Team Aqua, who also came to take the meteorite. Both Team Magma and Aqua sent some of their grunts to chase Professor Cozmo, while the rest, including Shelly and Tabitha, started a battle. Due to Team Magma gaining the upper hand, Shelly and her grunts retreated to regroup. Eventually, a squad stole the meteorite from Professor Cozmo and brought it to Tabitha, who had the other squad activate a laser, which was to make the volcano active again. Cozmo distracted some of the grunts, allowing Ash to disable the laser. Tabitha went after Ash to attack him and take the meteorite back but was tackled by Professor Cozmo. Since he felt the meteorite caused more trouble than good, Cozmo pushed the laser and the meteorite into the lava. Tabitha was angry and fled with his squad into a helicopter. Regardless, Tabitha was pleased, for they knew the mistakes of their project and even managed to stop Team Aqua from fulfilling their plans.[3]

Before returning to the base, Tabitha was scouting for their enemies, Team Aqua. He returned to base and reported to Maxie they found traces of certain people but were unable to confirm if they were really Team Aqua. Maxie noticed the heroes, who intruded their base, so Tabitha had his grunts capture them. Ash protested, so Tabitha wanted to silence him, but Maxie calmed both sides down. After Maxie talked with the heroes, he wanted Tabitha to lock them up. However, a crash made everyone lose their balance, due to Team Aqua suddenly attacking. Seeing Pikachu wanted to take the Blue Orb, Tabitha had his Mightyena protect it, though it failed. Just as Ash and Pikachu were attempting to escape, Tabitha and his Mightyena cornered him and captured him. Thus, Tabitha went on a plane to Monsu Island, where the meeting between Team Aqua and Magma was to take place. There, Tabitha stood by Maxie's side, who spoke with Archie, leader of Team Aqua.[4]

Tabitha stood by Maxie, and he and his grunts sent Mightyena to attack Team Aqua's Walrein. He also ordered a grunt, the spy, Lance, to go with Maxie to battle Archie, who wanted to flood the island. An earthquake caused them both to fall down, and Tabitha immediately rushed to Maxie to help him stand back up. Per his leader's orders, Tabitha went after the children, and he was soon joined by Maxie, as they both watched Pikachu free Groudon from Team Aqua's submarine. Along with Shelly, Tabitha watched the clash between Kyogre and Groudon, though he never appeared again.[5] 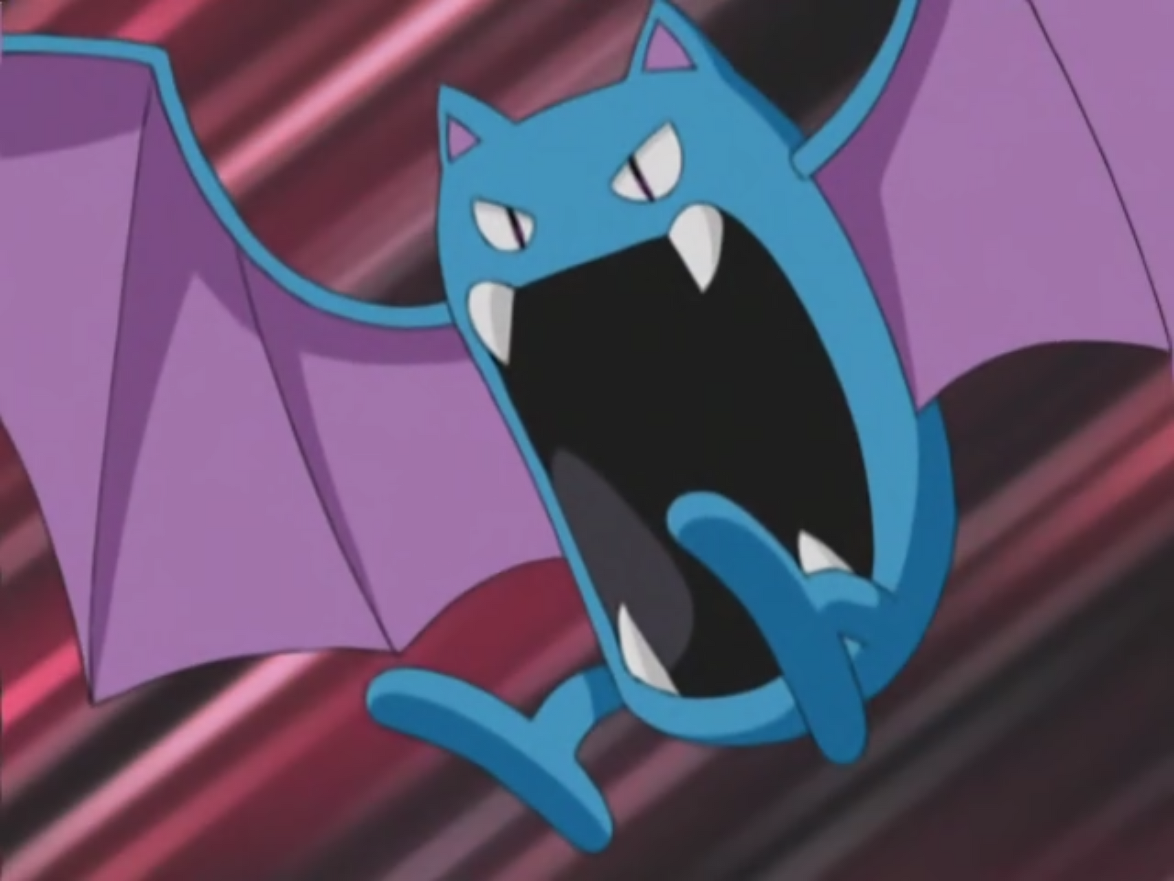