Swirlix (ペロッパフ, Peroppafu) is a Fairy-type Pokémon introduced in Generation VI. It is Spritzee's counterpart.

Swirlix is a short, small Pokémon that resembles cotton candy on a stick. It has a round puffy white body with ovular red eyes, a tiny red nose, and two ear-like pink-tipped lumps of sticky fur atop its head. It has a long pink tail resembling a stick. Swirlix also has two stubby legs on its underside, which are often hidden within its puffy mass of fur. It has two red eyes with a small circular nose and a mouth with a tongue usually sticking out.

Swirlix only eats sugar, thus it looks and feels like candy floss. When it doesn't have sugar to eat, it will become aggressive because it has to eat an intake of sweets that is the same of its weight.

When it is in battle, it will sometimes extrude white sticky and sweet threads to entangle its opponents.

Wild Swirlix usually live in a small group in the forests.

Swirlix can be evolved into a Slurpuff by trading it while holding a Whipped Dream.

Swirlix resembles cotton candy and may be a play on the name "fairy floss", an old name for cotton candy that is still used in some places. It also resembles a Bichon Frise or Teacup Bichon Frise due to its puffy and dog-like appearance and small size. Bichon Frises were also popular during the Renaissance in France, the country Kalos is based on.

Swirlix comes from swirl and licks. 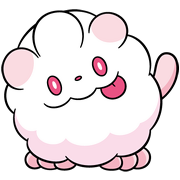 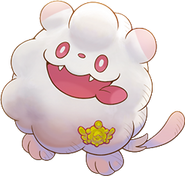 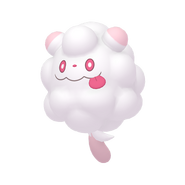 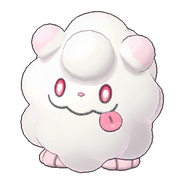 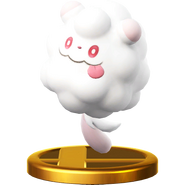 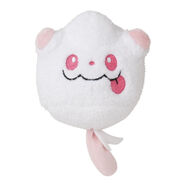 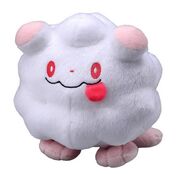 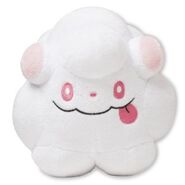 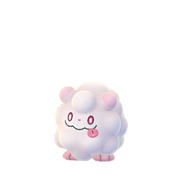