For the variant appearing in the games, see "Steven Stone".

Steven Stone in other languages

Steven's Mega Stickpin.
Steven Stone is a character appearing in the anime series, who is the Pokémon Champion of the Hoenn region.

Steven wears a white undershirt with a black overcoat that has purple zig-zag streaks going down and a red tie. On the ends of his sleeves, he has silver cuffs. He also wears black pants with dark-purple dress shoes.

During his field research, Steven wears an orange shirt with a brown vest. In addition, he wears a dark belt, grey pants and black boots, as well as a backpack on his shoulders.

Steven wears a charcoal jacket with two black zig-zag stripes, a white undershirt and a red tie. Steven wears skinny black pants and black shoes with low heels, as well as metallic jewelry on both of his sleeves and his index and ring fingers. He has a pin on his jacket, called the Mega Stickpin, which he uses to Mega Evolve his Metagross.

Steven Stone is a young man, who is interested in excavating rare stones. Knowing the stones are in places where Pokémon live, Steven does his best not to upset the Pokémon and is furious at those that actually do. Even in dire situations, Steven remains calm and goes as far as to protect other people, who could be in danger. Like other trainers, Steven likes a good match and offers his experience to trainers.

Per Mr. Stone's advice, the heroes sought out his son, Steven, who was in the Granite Cave, searching for rare rocks. Steven took a break and heard a scream from the cave. He went with Aron and saw a hole, through which some people have fallen in. He continued going through the tunnels, searching for the people and came back to the hole, noticing it was even larger than before. Eventually, Steven encountered Max, Meowth and Pikachu, who reported more people were lost in the tunnels. Steven took them to a part of the cave, where they found Ash, Brock, May, Jessie and James, asking them to go towards the waterfall, where they would meet up. The group came to the waterfall and was surrounded by Aron. Fortunately, Steven had his own Aron calm them down by using Roar and they dispersed. Steven was not pleased that Team Rocket had stirred trouble and even started attacking. To counter them, Steven sent his Aggron, who blasted them off with a Hyper Beam. After the trouble was over, Steven had found a Fire Stone, one of the rare stones he was searching in Granite Cave. With everything over, Steven took the heroes to a part of the island where they may train. Steven, however, bid them farewell, as he sailed away with his Aron.[1]

Steven came to Mairin's rescue, to free her out of a bush. He introduced himself to Mairin and Alain, the latter challenging Steven to a battle, after seeing the Mega Stickpin. Steven sent his shiny Metagross and Mega Evolved it to battle Alain's Mega Charizard. During the heated battle, Lysandre sent Pyroar, who used Flamethrower to stop the battle. Lysandre came and introduced himself to Mairin and Steven, for Alain was working for him. Lysandre came to discuss with Steven about an ancient slab, which he and Steven had parts of, for the latter believed the slab to be connected to Mega Stones. Steven and Lysandre brought the parts together and the group was taken to a temple in the sky, where they saw the Giant Rock. However, a Rayquaza appeared and Mega Evolved, so Steven, along with Alain, sent Metagross and Charizard to stop Rayquaza. Mega Rayquaza attacked the ruins and the Giant Rock disappeared. However, Lysandre noticed the Giant Rock energy's source being near Rustboro City, so Steven went with Alain and Mairin to that city.[2]

After coming to Rustboro City, Steven went to prepare the helicopter, while Alain left Mairin since he did not want to see her getting in danger. Alain claimed Mairin is just a burden to him, but Steven knew well that was not the truth. Alain and Steven went to the Giant Rock (with Mairin sneaking onto the plane) and found Groudon, who was going to the Giant Rock energy's source. There, they also encountered Kyogre, who, along with Groudon, went under Primal Reversion and started attacking each other. Since time was needed for the Giant Rock to appear, Alain sent Charizard and Steven his Metagross and they both Mega Evolved them; Alain fought Primal Groudon and Steven battled Primal Kyogre. However, in the battle, Alain's Charizard got hit by Primal Groudon's Precipice Blades. Alain jumped to save Charizard but got knocked out by Primal Groudon's Eruption. Mairin went to take Alain and Charizard to a safe place, while Steven had Metagross protect them. The Rayquaza appeared and Mega Evolved, then attacked Groudon and Kyogre, finishing the battle. After the battle, Lysandre had his team retrieve the Giant Rock, while Alain went off to Kalos. Since Steven needed some answers, he went with Mairin to Kalos to meet up with Lysandre.[3]

After coming to Kalos, Mairin and Steven contacted Professor Sycamore, asking him where Alain went to. They learned Alain had gone to Lysandre Labs, so they went there as well. Steven met up with Lysandre, who assured him the Giant Rock is under control. Steven went off to find Mairin, who saw her Chespie being affected by a green aura and was badly injured. They rushed to the Pokémon Center, seeing Nurse Joy and Wigglytuff trying hard to heal Chespie.[4]

Sawyer showed Ash, Serena, Clemont and Bonnie a picture of Steven, who inspired him to become a great trainer when Sawyer was in Hoenn. While Sawyer lost his notebook containing the picture, it was found by Team Rocket, making Jessie envious about even marrying Steven. The heroes found Team Rocket and defeated them and Sawyer retrieved his notebook.[5]

Lysandre explained to Alain all the battles he had with trainers that wielded Mega Evolution was to collect the energy required to control Zygarde.[6]

Steven arrived with his Mega Metagross to Lysandre Labs, where he stopped Mable and her Weavile from attacking the helicopter. Steven stated he was not fooled by Lysandre's words, though Mable claimed Lysandre was merely changing the world. She was joined by some grunts and ordered Steven to bow down before them. Steven promised to defeat him and told Sycamore Chespie and the Giant Rock were inside the lab. As the group went into the building, Steven battled Mable. Later on, his Metagross used Psychic and lifted the grunts in mid-air, allowing Serena, Mairin and Sycamore to flee.[7]

After temporarily rescuing Chespie, Steven began investigating on what Team Flare had been researching with the Giant Rock. However, much to everyone's surprise, Lysandre inexplicably activated the Giant Rock, which absorbed Chespie and formed into a destructive version of a Zygarde. Everyone fled the Lysandre Labs, which was soon demolished. Steven told everyone about how Chespie ended up in a coma in the first place and it attracted the Giant Rock into absorbing the Spiky Nut Pokémon. He even revealed that Giant Rock Zygarde, which was composed of energy itself, was heading towards Anistar City, where it would get in contact with the giant sundial and once the two fuse together, it would create an explosion that would destroy the planet and wipe off nearly every living being. To prevent that, Steven sent his Metagross, and alongside Professor Sycamore's Garchomp, they both Mega Evolved their Pokémon. Along with Serena's Braixen, the Pokémon started attacking the Giant Rock, which sprouted plants to defend itself and bind the Pokémon. Alain's Mega Charizard arrived, along with Ash's Pikachu, to rescue the Pokémon. Since the Giant Rock continued binding the Pokémon, the Gym Leaders and Diantha, arrived and had their Pokémon attack the Giant Rock. Once regrouped, Steven and Diantha made a plan to strike at the spot Ash's Greninja made with Water Shuriken. Once done, they expressed honor at fighting alongside each other.[8]

Steven Stone, along with the Kalos Gym Leaders, Malva, Diantha, the Blaziken Mask, and Clemont helped give Ash and Alain enough time to reach the Giant Rock Zygarde's core and retrieve Chespie. When everyone assumed that the threat is over, all of their Pokémon attacked the Giant Rock Zygarde all at once. However, Lysandre gained control over it with the remote control on his arm. Just as Lysandre was about to deliver the final blow to everyone, Squishy and Z-2 stepped in and summoned every Zygarde Cell in the world to turn into their giant form. And as Ash's Pikachu, Ash's Greninja, and Alain's Charizard destroyed Lysandre's remote, Squishy and Z-2 destroyed the Giant Rock Zygarde with Core Enforcer, which resulted in defeating Lysandre, healing Chespie, and ending the Kalos crisis once and for all. Malva then told Steven that she will track down the remaining Team Flare members and turn herself in.[9] Steven was undergoing an investigation, while Sawyer was beside him and was taking notes. Ash also remembered Steven and others fighting the Giant Rock when he reflected back on his journey.[10] 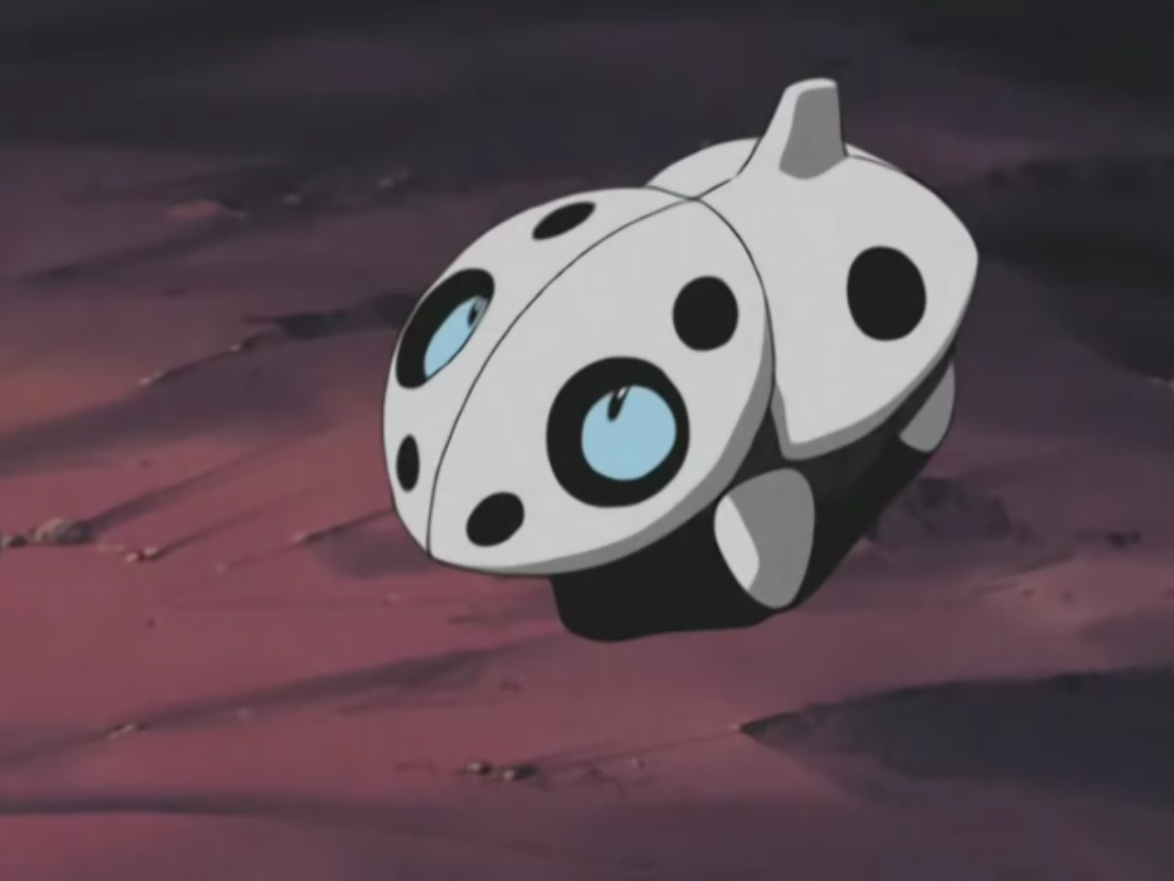 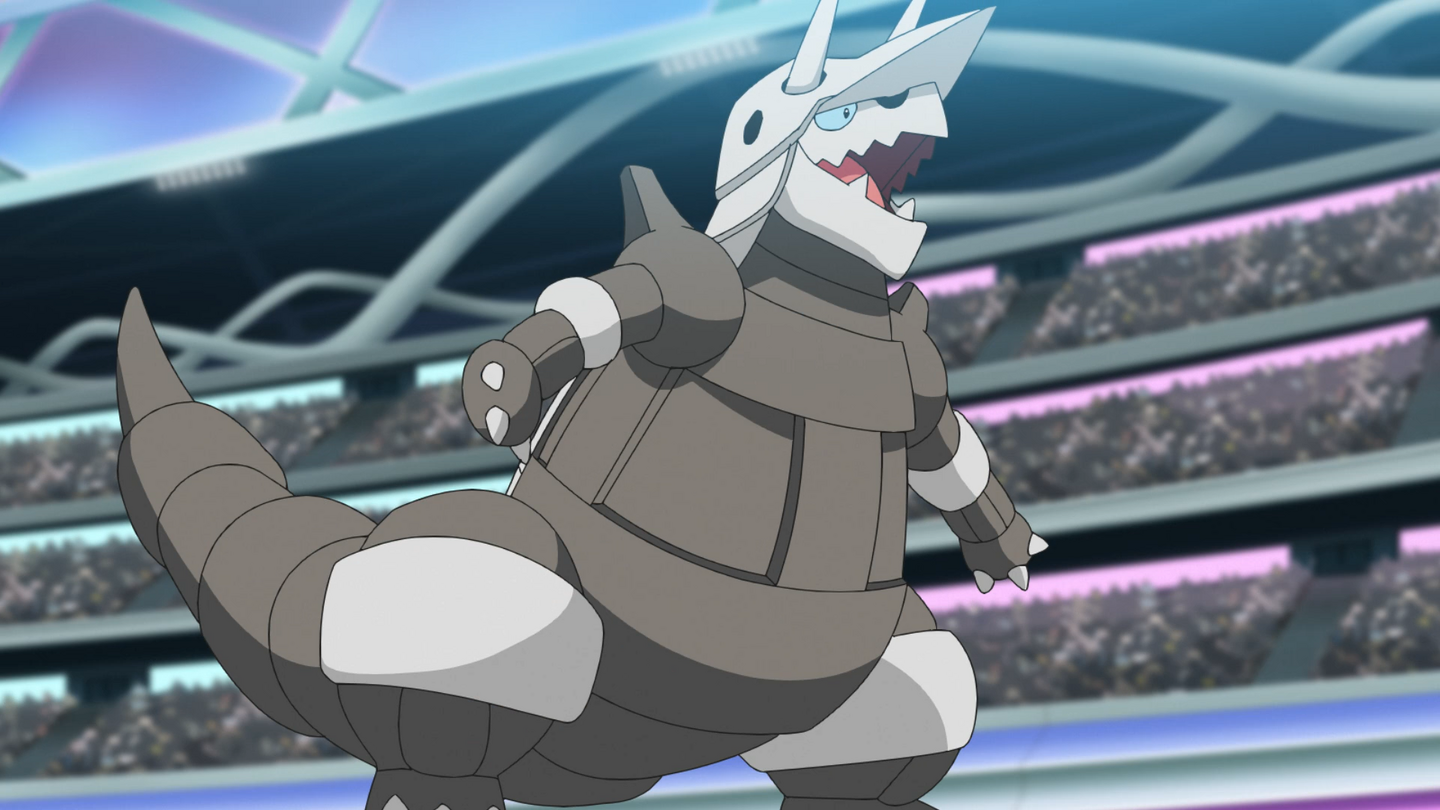 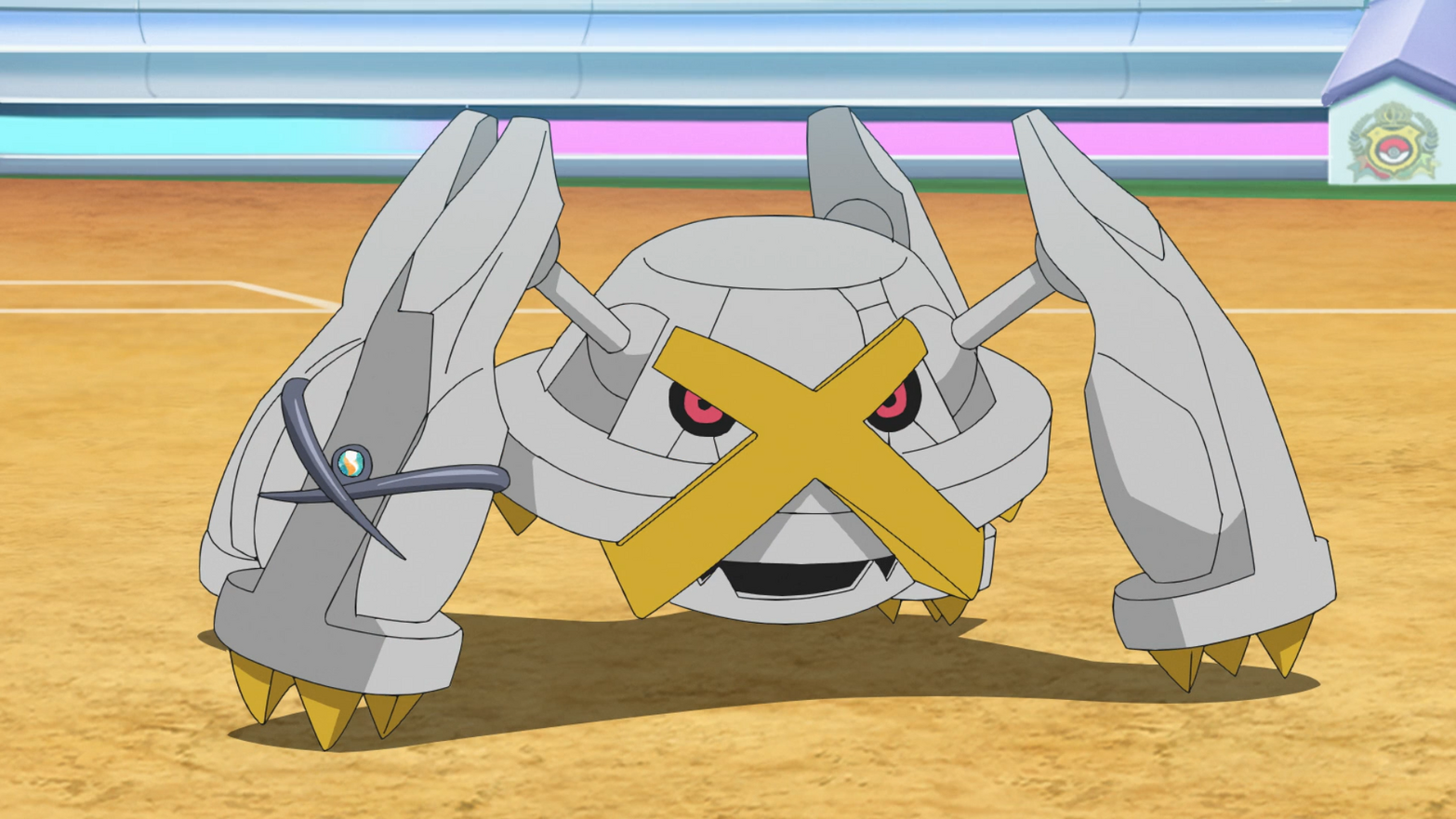