Steven in other languages

Steven is a character appearing in Pokémon: Master Quest.

Steven is a scientist, who researched evolutions. However, the Gloom that lived around his lab evolved into Bellossom or Vileplume, depending on the wind direction, as it carried parts of Leaf and Sun Stones. After evolving, the groups would fight each other, but Ash used Bayleef to stop them. The groups continued to fight, but fought back once Team Rocket attempted to steal them all. The groups calmed down and befriended each other, making Steven pleased they wouldn't fight anymore. 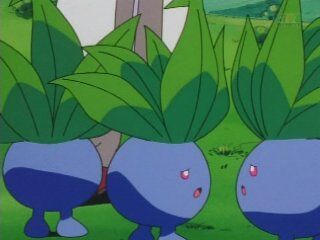