Sparky is a Trainer that appears in the first season of Indigo League. He primarily uses a Jolteon.

He pressured Mikey into evolving his Eevee into a Jolteon. When Mikey expressed his wish of not having Eevee evolved, Sparky respected his will. 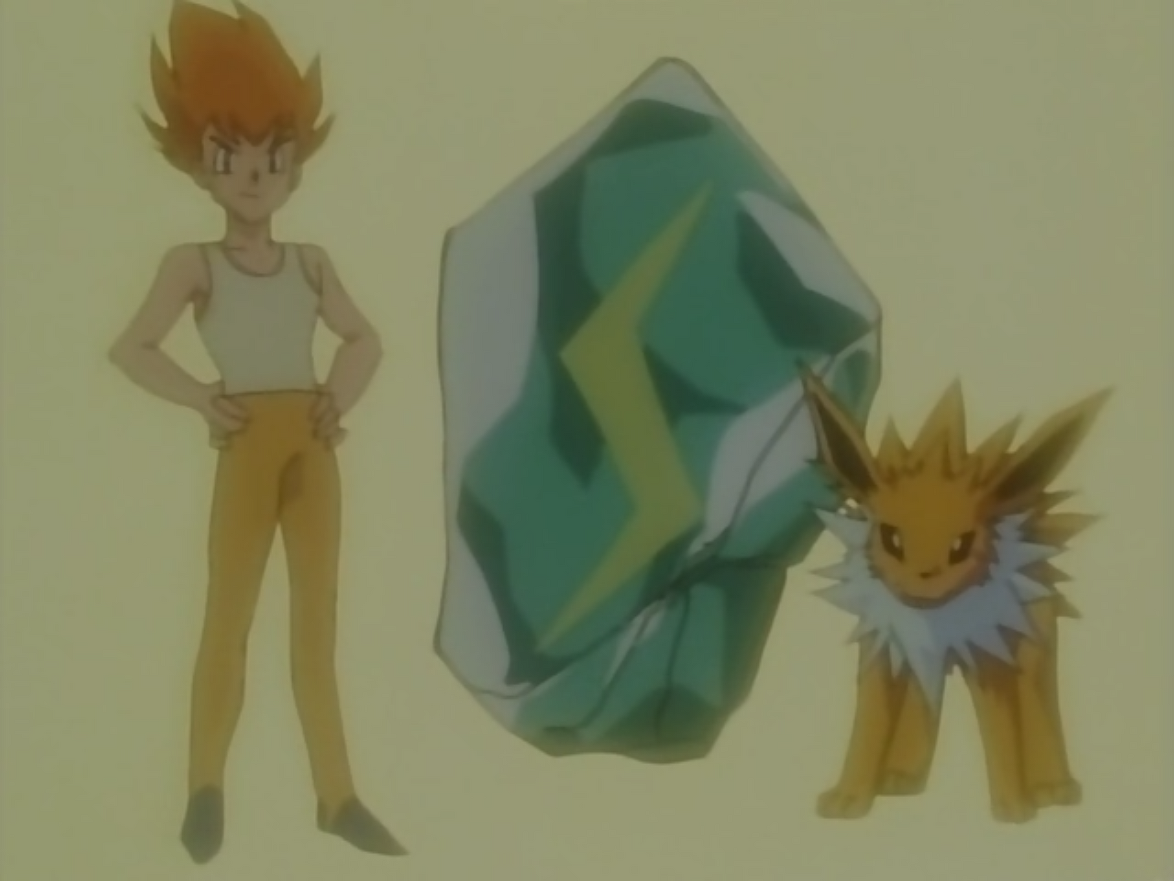 Retrieved from "https://pokemon.fandom.com/wiki/Sparky_(Trainer)?oldid=1409103"
Community content is available under CC-BY-SA unless otherwise noted.