For the variant appearing in the games, see Sophocles.

Truth and the Mastermind Behind Team Skull

Sophocles is a character appearing in Pokémon Adventures.

Sophocles is a short chubby boy, who has orange hair and brown eyes. He wears a yellow scarf around his neck that resembles a Pikachu's tail and a white T-shirt, with an orange design of a Game Boy Color painted on it. He also wears brown pants with a yellow outline and some green shoes with lightning design and blue soles. On his right side of the hips, Sophocles has a keychain with a miniature Electrode attached and wears a belt containing a badge around his waist.

Sophocles is a determined engineer, who wants to make inventions to help others out in need. Thus, he doesn't take doubts or criticism about his inventions well.

Sophocles, during the evacuation of the people on Ula'ula Island, promised he would fight the Ultra Beasts using the new device he crafted to call upon the Totem Pokémon. He took Molayne's phone call and explained this to the Trial Captains, who were amazed until they realized they didn't invite Sophocles to the fight. Still, they swore to tell Sophocles where the Ultra Beasts were. Sophocles told Molayne, referring to him as "Big Mo", that he'd protect the people.[1]

Sophocles helped in battling the Ultra Beasts on Alola Route 10. He and Acerola were struggling to battle Guzzlord, until Gladion's Type: Null defeated it.[2] He remained with the group when Nanu came to battle the Ultra Beasts, albeit being late.[3]

With the arrival of the Ultra Beasts on Poni Island, Sophocles started his training to fight them.[4] He was on Exeggutor Island, when Mina, the final Trial Captain, arrived. As Hala was busy with other things, he put Nanu in charge of training the Trial Captains, but Sophocles doubted if he could be a leader model to them.[5] Under Nanu's supervision, Sophocles was training by battling Lana.[6] Sophocles later worked with Molayne on redesigning a machine, which was used to summon Totem Pokémon, into an airship, shaped like a Vikavolt.[7]

Sophocles and Molayne led the group to the Vikavolt airship. Sophocles was quite prideful of the work he and Molayne did. However, the group admitted they were skeptic of it, so Sophocles forced everyone to enter by having Togedemaru electrocute them. Inside, the group revised that the crack in the sky had been opened at Mount Lanakila, and suspected that Sun and Moon came out. Molayne reminded they would have to fight the Ultra Beasts, but exclaimed the importance of rescuing Sun and Moon out of there. Suddenly, the airship got hit. Mallow told that she knew it would crash, but Sophocles pointed out they were attacked by the Ultra Beasts, and the Aether Foundation employees.[7]

With the arrival of the four Guardian Deities, Sophocles and Molayne went out of the aircraft and started to battle the Ultra Beasts. They confronted two Nihilego, and had their Alolan Dugtrio use Corkscrew Crash and Togedemaru use Gigavolt Havoc Z-Moves, which defeated the two Nihilego. After reporting their success, the duo went to fight even more Nihilego.[8] 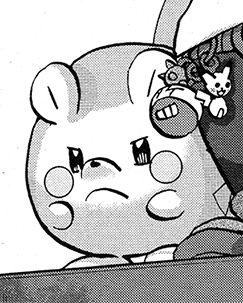 Retrieved from "https://pokemon.fandom.com/wiki/Sophocles_(Adventures)?oldid=1189576"
Community content is available under CC-BY-SA unless otherwise noted.