For the character appearing in Pokémon: XY, see "Sophie".

Sophia in other languages

Sophia is a character appearing in the fourth season of the anime, Pokémon: Johto League Champions.

Marcello met Sophia on a field of Sunflora and later married her. Ages later, they began to tell stories to people as if they were the characters in such stories. The heroes met Sophia after they found a Sunkern who was frozen in an ice cube, which Marcello and Sophia took care of to thaw out. After, they departed to the field where Sophia and Marcello had met 50 years prior. Though Team Rocket froze them, Sunkern's Sunny Day melted the snow. Once Team Rocket were defeated, Sophia and Marcello witnessed the Sunflora join the Sunkern, who then evolved into Sunflora. With that, they took a picture together with the Sunflora. 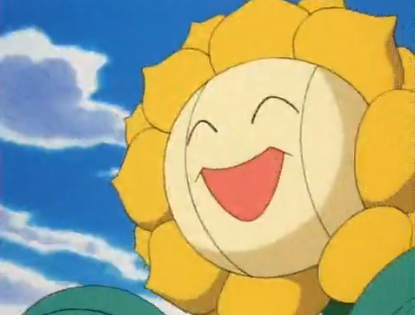 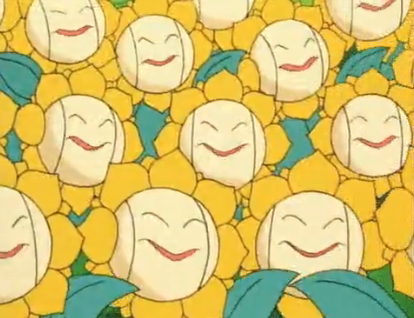