For the variant appearing in the games, see "Skyla".

Skyla in other languages

Skyla is a character appearing in the Pokémon the Series: Black & White, who is the Gym Leader of Mistralton City in the Unova region.

Skyla has blue eyes and dark-red hair, with a light accessory resembling a propeller and a big bun. Her outfit consists of a long-sleeved light blue crop top, bulky dark blue gloves, light blue short-shorts, dark blue boots, a dark blue holster attached on her right thigh, and dark blue straps with white buckles that wrap around her stomach and hips.

Skyla is a powerful and arrogant Gym Leader. However, her duties got in the way of her hobby, flying in her helicopter, hence why she made the "air battles" in the first place. However, after getting defeated by Ash, she saw how much battles are actually unpredictable, enough for her to stop the "air battle" charade.

The name Skyla comes from "sky" and skylark (a type of bird).

Her Japanese name, Fūro, comes from the kanji for wind (風), which can be read as "fū". Following the plant-based naming of most characters, it could come from 風露草 (fūrosō, the Japanese name for the geranium genus of flowers).

Skyla inherited the title of the Gym Leader from her grandfather, Miles, who retired some time prior to the series. However, she constantly received requests for Gym Battles, which made it so she couldn't spend time for her hobby - driving airplanes. She developed an idea of "air battles"; she judged on the person's Pokémon whether it would defeat her Pokémon and if they would win in her mind, she would give them the badge. Miles did not approve of this, but Skyla did not listen to him much.[1]

After the heroes came to Mistralton City, they saw Skyla. Seeing how she just gave away badges after being defeated in "air battles" - determining if she would've won or lost depending on her challenger's Pokémon - they were furious about her doing this. Cilan challenged Skyla to a real battle, using Crustle, Stunfisk and Pansage against her Unfezant, Swoobat and Swanna. Cilan tried to prove to her battles are much more than she thinks. Pansage tried to attack Swoobat using Bullet Seed and Bite, but was gusted away and defeated. Cilan sent Crustle, who used Rock Wrecker to defeat Swoobat. Skyla sent Unfezant and had him use Air Slash, but Crustle hid in its shell from the attacks. Crustle used Shell Smash and X-Scissor combo to defeat Unfezant. Cilan tried to explain to Skyla she, as a Gym Leader, had to evaluate her challenger's Pokémon and try to defeat them. Skyla sent Swanna, who dodged Crustle's attacks and countered Cilan's strategy by Brave Bird. Cilan sent his Stunfisk, who immediately hit Swanna with Thundershock. Swanna retaliated with Scald, hitting Stunfisk and defeated it with Brave Bird. In the end, Cilan failed to prove to Skyla that a Gym Leader should evaluate the challenger and his bond to the Pokémon. However, Ash decided to deny Skyla's theory that he cannot win and showed his Pokémon he'd use in the Gym match the following day.[1]

Per Miles' request, Skyla agreed to challenge Ash as well, who showed he'd use Krokorok, Tranquill and Pikachu. The next day, Skyla used the same Pokémon against Ash's Pikachu, Krokorok and Tranquill, while the battlefield featured some air balloons to be used as well. Krokorok managed to hit Skyla's Swoobat with Stone Edge. However, Swoobat dodged Krokorok's Crunch attack and defeated it with Air Cutter. To defeat Swoobat, Ash sent Tranquill, who used Air Cutter. Skyla sent Unfezant, who managed to hit Tranquill with Air Slash. Seeing Tranquill was exhausted, Ash swapped Tranquill with Pikachu, who managed to defeat Unfezant with Iron Tail and Electro Ball. Skyla sent her last Pokémon, Swanna. Pikachu tried to end the battle quickly with Thunderbolt, but Skyla had Swanna protect itself with Aqua Ring, a technique she learned from her grandfather when he was in his younger days. Pikachu climbed onto the rings and attacked Swanna, who used a Hurricane and Brave Bird combo to defeat Pikachu. Ash sent back his Tranquill, who evolved into an Unfezant. After an aerial battle, Unfezant used Aerial Ace and defeated Swanna. Skyla was shocked she lost, even if she thought she would win against Ash. Thanks to her battle with Ash, Skyla decided to abandon the idea of air battles and gave Ash the sixth Unova Gym Badge.[2] The heroes explained to Stephan that Miles was the previous Gym Leader and that Skyla was the current one when Stephan encountered the heroes and Miles on the festival.[3]

Ash remembered battling the Unova Gym Leaders, including Skyla, the night before he entered the Unova League.[4]

During his battle with Morana, Cilan remembered battling Skyla at Mistralton City's Gym.[5] 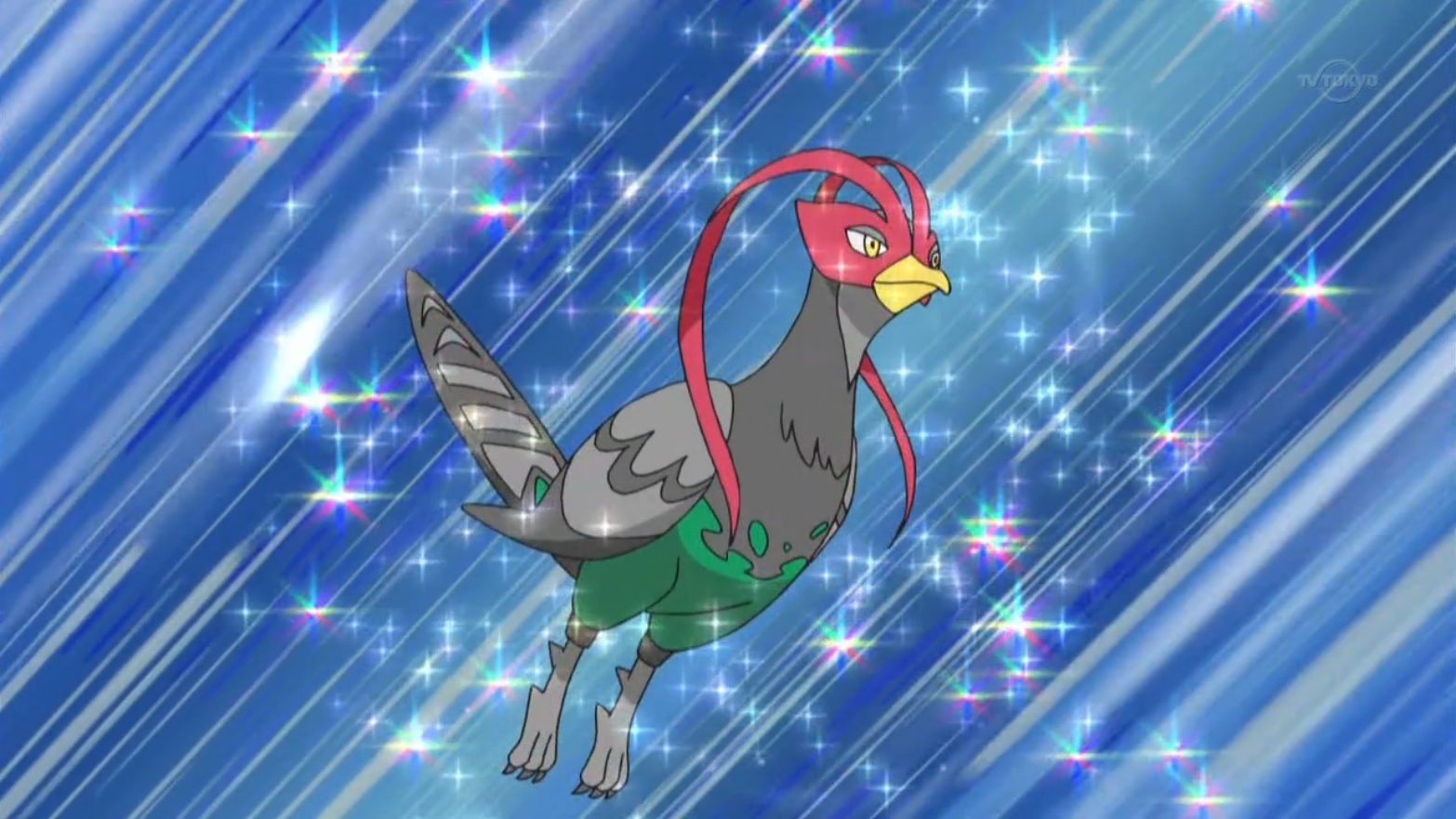 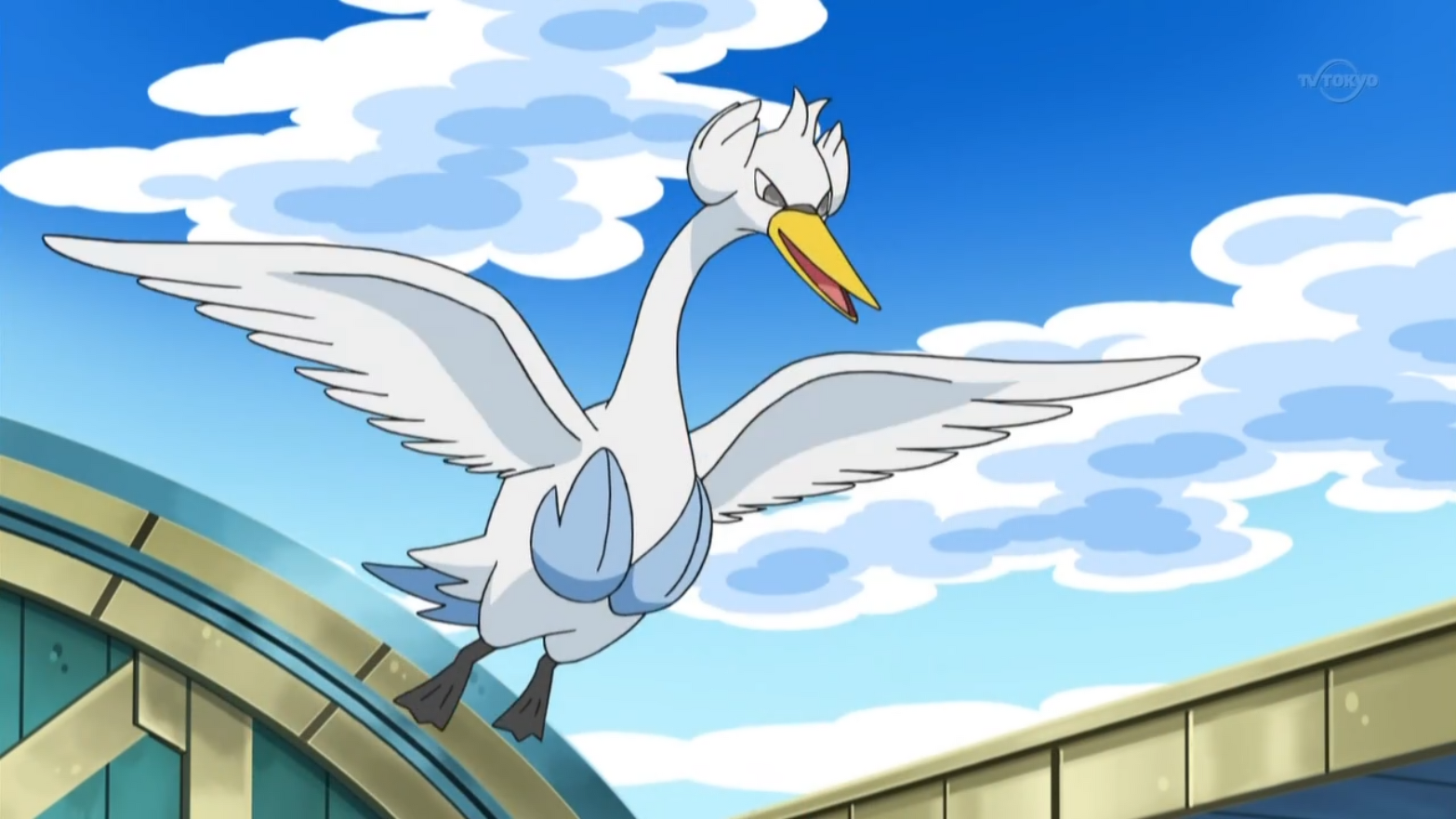 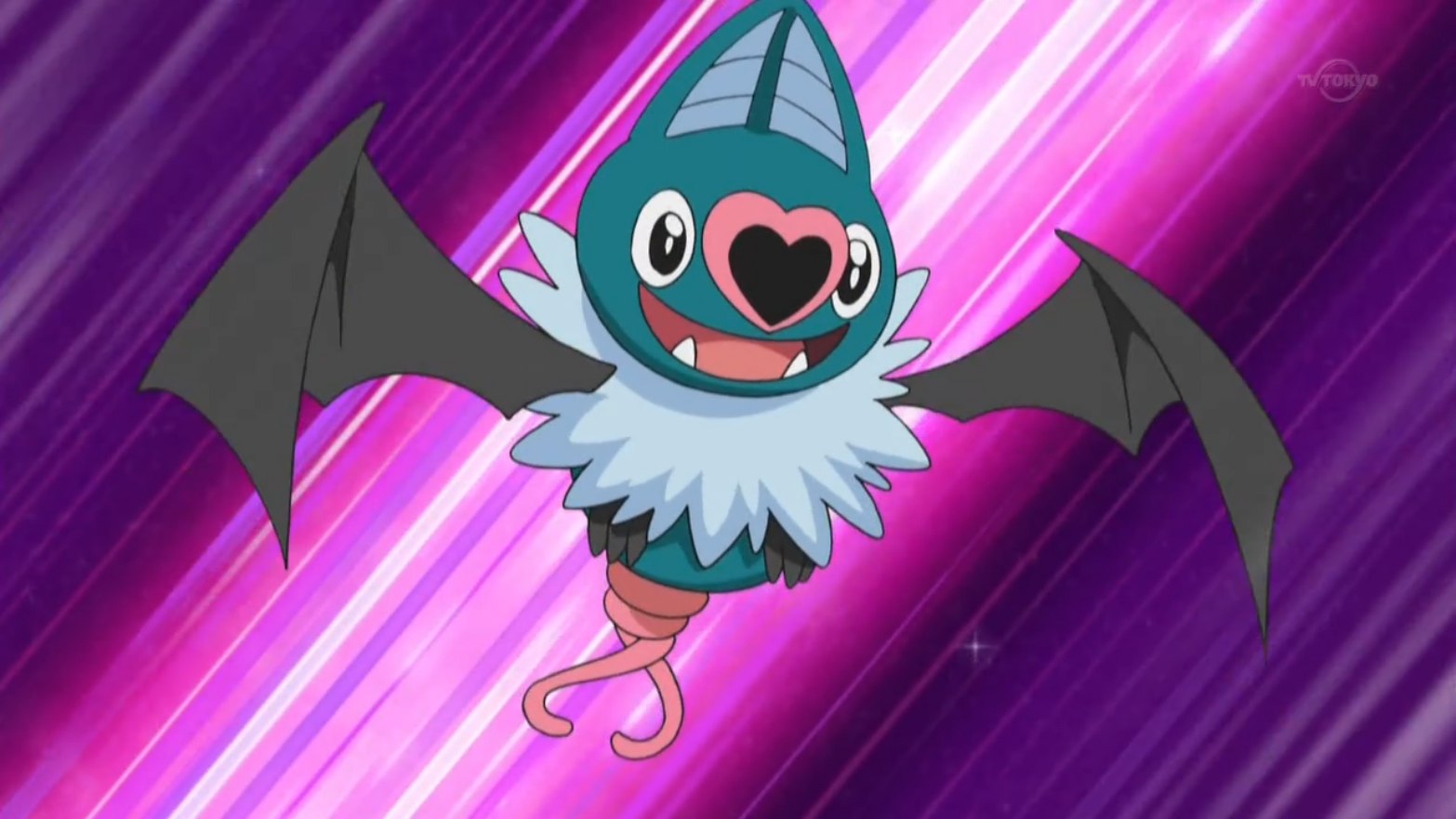 Skyla gives out her badge after being defeated in her "air battle".

Skyla and her Grandfather Miles.