For the variant appearing in the games, see Sina.

Sina is a character appearing in Pokémon Adventures, who is an assistant of Professor Sycamore.

Sina is a dark-skinned woman with black hair. She wears a white outfit with grey lines, consisted of a shirt with buttons and a skirt. She also wears white boots. In addition, she wears a red scarf, and is sometimes seen with a red mask on.

Sina, along with Dexio, is a loyal assistant to Sycamore. Sometimes, she and Dexio make slight mistakes, but they mean well.

Professor Sycamore called Dexio and Sina. He asked of them to make a copy of the video of the Vaniville Town incident and give it to Lysandre.[1]

After Team Flare was defeated, Blue and Blaine reported to Sycamore how they saw a green blob fleeing the scene. Sycamore suspected it was related to Zygarde, and the blob was also seen in the Alola region. Thus, he had Sina and Dexio go to that region to investigate more.[8]

Sina and Dexio came to Alola's Ula'ula Island, believing a being they were tasked to find was located here. For five months, they have been searching and have gathered up to 60% of cells and cores.[9] They saw Sun and Lillie on Stoutland searching for a Mirage Berry, and wondered if Sun could help them.[10] The two shortly spied on Sun, but an Oranguru discovered them, thinking they were intruders. They called their Espeon and Glaceon back, and offered Sun a job. They wanted him to collect Zygarde Cells, for they have collected 60 so far, and offered Sun a handsome pay. Sun immediately accepted the job, but before he could walk away, Dexio gave him a Zygarde Cube to absorb the Zygarde Cell, and Sina gave him a Fletchbot to communicate with him. The ground started to shake, which made Sina and Dexio think a very strong Pokémon was located near Po Town. Sun went to that town, and left Sina and Dexio in charge to look after Lillie.[11] The two, along with Lillie and Professor Burnet, watched Professor Kukui and others fighting the Ultra Beasts on Alola Route 10.[12]

In the Aether Base of Ula'ula Island, Sina and Dexio contacted Samson Oak, who configured their reassembly machine. The duo thought the machine could help them unlock Zygarde's secrets. They stated to have 60 cells, but no core, while Sun collected 30 cells and a core before disappearing. They also remembered Lysandre, who had taken control of Zygarde in its snake form, and the latter had disappeared. It was why Sina and Dexio wanted Samson to construct the reassembly machine, to prevent anyone from taking abuse of Zygarde. After Sina and Dexio hows a picture of Zygarde's 10% forme, Samson realized with so many cells collected, Zygarde was close to unlock its 100% forme.[13] Sasmon Oak, Sina and Dexio awaited Lillie at Ula'ula Island, who changed her clothes for the trip. The group went to Mount Lanakila, where they saw a strange creature. Samson Oak believed it to be an Ultra Beast, but Sina and Dexio explained it was Zygarde, who was formed by the cells they collected, and the cells that came out of the crack of the sky, the ones Sun had collected. Thus, the group realized that Zygarde was in its complete form. Suddenly, they saw Sun coming out of the crack in the sky.[14]

The two saw Sun falling from the sky, onto the complete form of Zygarde. Since there were more people that came out of the portal, Sina and Dexio accompanied the group to find them. As they were passing by, they noticed Vulpix and Sandshrew, but they looked different; Samson Oak described them to be Alolan variants, who adapted to the environment. The group located Lusamine, who, upon seeing Lillie's pendant, diffused with Nihilego. As Lusamine fainted, Samson, Sina and Dexio rushed to help her out and take her to the hospital.[15] To get some help for Lusamine, Sina and Dexio saw a cave, which they could cross through as a shortcut to the elevator. Once Sun distracted Necrozma, Sina and Dexio took Lillie and Lusamine away, to the elevator. As they were descending down, Dexio got shot, and Sina noticed he got poisoned. They noticed an archer: Plumeria, who was disguised as Moon. Plumeria continued shooting arrows and hit Sina, Dexio and Lusamine. Lillie, however, believed Plumeria to be Moon, and assumed she still thought Lusamine to be a threat, and pleaded her not to attack.[16]

As Sina, Dexio and Lillie continued to protect Lusamine from attacks from "Moon", their Glaceon and Espeon fainted from poison. Sina and Dexio asked of Lillie to run, as they swore to protect Lusamine's life at all costs. To thwart the enemy, Lillie opened her bag, sending a Cutiefly, who paralyzed the attacker, a Salazzle, and defeated it with Pollen Puff. Sina immediately went to "Moon" and held her. "Moon" stopped attacking, who was actually Team Skull's admin, Plumeria, who wanted to pay back to Lusamine for the crimes she did against Team Skull.[17] 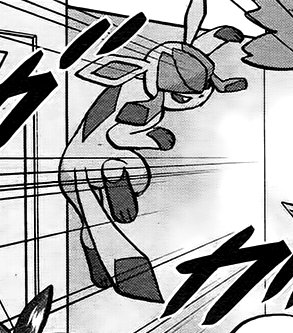 Sina and Dexio disguised
Add a photo to this gallery

Retrieved from "https://pokemon.fandom.com/wiki/Sina_(Adventures)?oldid=1262450"
Community content is available under CC-BY-SA unless otherwise noted.