For the variant appearing in the games, see Sidney.

Sidney is a character appearing in Pokémon Adventures, who is a member of the Elite Four in the Hoenn region.

Sidney is a man with violet eyes that have the same color as the patch of his hair on his bald head. Sidney is sometimes seen with a guitar.

Sidney wears a black vest with red buttons; beneath, Sidney wears his red undershirt, with violet stripes on the end of his sleeves, as well as black shoes with violet soles. Sidney also wears some brown striped pants.

Sidney wears a black overcoat with yellow strips around the neck piece and ends of his sleeves. He also wears purple pants with black shoes. On his left wrist is a gold watch.

Sidney is a musician, who, fitting for his punk-like appearance, likes chaotic behavior, which he sometimes utilizes in battles. Sidney also speaks in slang, keeping his cool accent.

Sidney, along with other members of the Elite Four, were called by Steven to help in the crisis of Hoenn.[1] The Elite Four went to Lilycove City, where the arrive in time for Steven to save Wallace from Tabitha. Steven then sent the Elite Four to their assigned posts.[2]

Sidney went to the Desert Ruins and tried to get Regirock to be unsealed.[3] Once Steven received his father's letter from Steven, he borrowed Sapphire's Wailord and Relicanth to perform a ritual, awakening the golems. Sidney watched as the force awakened Regirock.[4] Sidney managed to control Regirock and took it to Sootopolis City, where he, Drake, and Regirock worked to contain the energy Kyogre and Groudon were releasing.[5][6]

However, the Elite Four saw the energy was being released upwards, into the sky.[7] The Elite Four saw as the battle field started crumbling by the power of Kyogre and Groudon.[8] Wallace went off with Steven and reported to the Elite Four Steven had died. This saddened the Elite Four, as they knew Steven took too much strain by controlling the Legendary Golems, who disappeared, with their task being completed.[9]

Sidney, along with the rest of the Elite Four, went to Slateport City to help in the meteorite crisis.[10] There, per Steven's orders, Sidney launched an attack, which merged with others' attacks and shattered the meteorite.[11] 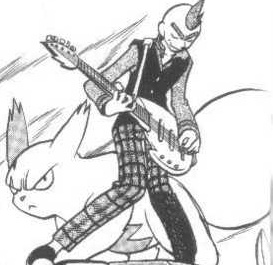 Retrieved from "https://pokemon.fandom.com/wiki/Sidney_(Adventures)?oldid=1040859"
Community content is available under CC-BY-SA unless otherwise noted.