Shingo is a character appearing in Pokémon: The Johto Journeys.

Shingo is a student at the Pokémon Dojo run by Muramasa. He stopped fighting other students as he has info in his database about them and always wins. Muramasa brought Ash to fight him and after defeating Team Rocket, Shingo accepted Ash's challenge. Shingo's Scizor lost to Ash's Heracross after Ash used an unorthodox strategy to defeat it. 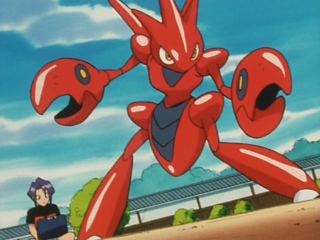 Retrieved from "https://pokemon.fandom.com/wiki/Shingo?oldid=1098604"
Community content is available under CC-BY-SA unless otherwise noted.