Shigeo is a minor character from Those Darn Electabuzz!.

Shigeo is the father of Corey and Benny DeMario. After Corey brought Casey to their home, Shigeo let Casey know that Corey was actually healthy, but worried much he wouldn't do good if Corey came back in his baseball team. Casey made a plan to cheer up Don, Corey's Charizard, to make Corey feel good as well. Before her plan was finished, Casey took Don and tried to have him battle Shigeo's Ampharos, but Don was too uncertain. Corey, disagreeing with Casey's methods, ran off to train with Don, though this was all part of Casey's plan. However, since Corey was missing for hours, Shigeo, Benny and Casey went off to find him. In the end, Corey and Casey (who fell down a cliff) were saved by Don and Shigeo continued supporting his son, who rejoined the Electabuzz baseball team. 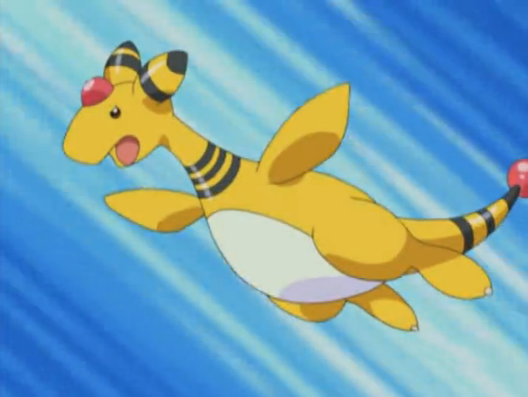 Retrieved from "https://pokemon.fandom.com/wiki/Shigeo?oldid=1258262"
Community content is available under CC-BY-SA unless otherwise noted.