For the variant appearing in the games, see "Shelly".

Shelly in other languages

Shelly is a character appearing in the Pokémon the Series: Ruby and Sapphire, who was an admin of Team Aqua.

Shelly is a woman with a fair complexion. Shelly has curly red hair and eyes. Shelly wears a blue bandanna with the Team Aqua emblem on it, a sleeveless blue vest, a pair of blue gloves, orange shoes and blue pants with orange circles. Shelly also has a pair of grey earrings.

Shelly, being a commander of Team Aqua, is an elusive woman. She uses intimidation and threats to accomplish things she is ordered to. She also values Archie in a high regard and would protect him and obey his commands. She also has some rivalry with Tabitha of Team Magma and would battle him whenever they face each other.

Shelly came with her team to a cave on Dewford Island. Together, they dived in towards an ancient building, inside the cave, where they found Tabitha and Team Magma. Tabitha attacked them, but Shelly had Carvanha deflect the attack. Shelly's team moved inside the building, but Tabitha did not interfere, as both Team Aqua and Team Magma were searching for the Red and Blue Orbs, suspecting that was the Cave of Origin. However, both teams confirmed this was but an abandoned ancient shrine. Without further ado, Shelly called her Carvanha back and retreated with her team.[1]

Along with her team, Shelly came to the Weather Research Insitute by a helicopter. They managed to capture the scientists, as well as Team Rocket, while Shelly sent Crawdaunt to intimidate them. Team Rocket attempted to take the weather machine, but Shelly had one of her grunts use the weather machine to launch a lightning bolt on Team Rocket. Shelly demanded the info about the Ancient Pokémon, Kyogre and Groudon, but was told the access to the data would require an access card. Bart, one of the scientists, gave the access card to his Castform. Shelly had her Crawdaunt attack Castform, who retaliated with Weather Ball and flew off into the building. Shelly demanded Castform to be found and once she lost her patience, she threatened to use the weather machine to hurt the scientists. Millie, the other scientist, came and gave Shelly the access card, despite Bart's demands. However, the grunts soon found out the access card was fake, and so was Millie, who was, in truth, a member of Team Magma, Brodie. Brodie flew off with the data on the Pokémon, so Shelly and her team retreated and flew off in their helicopter.[3]

Shelly infiltrated Team Magma's ship, by posing as one of the grunts. She knocked out some guards and found Kyogre, which was important for Team Aqua's mission. Shelly typed in the password and freed Kyogre. Shelly went out and reported to her leader about her success. She also faced a spy, who also infiltrated Team Magma. Shelly confirmed Kyogre was to be used for Team Aqua and fled, ignoring the spy. Shelly came to her leader, Archie, who was glad she succeeded in the task. Shelly watched as Archie used the Red Orb and had Kyogre destroy Team Magma's ship. Shelly was also present during the meeting between two teams and reported to Archie someone attempted to sneak in and unlock Groudon's cage.[4]

Shelly stood by Archie and she and her grunts sent Walrein to attack Team Magma's Mightyena. Once Archie flew off with the Red Orb, he betrayed everyone by wanting the island and everything on it to drown, which shocked Shelly. Shelly managed to get all the grunts to come to the island's temple, while Shelly went to try talking to their leader. Shelly also came to their submarine and watched as Pikachu freed Groudon. She also feared about Archie, as she saw Kyogre's strength. Along with Tabitha, Shelly watched the clash between Groudon and Kyogre. In the end, once the Red Orb got pulled out of Archie, Shelly told her leader everything is fine and back to normal, since Archie did not recall a thing.[5] 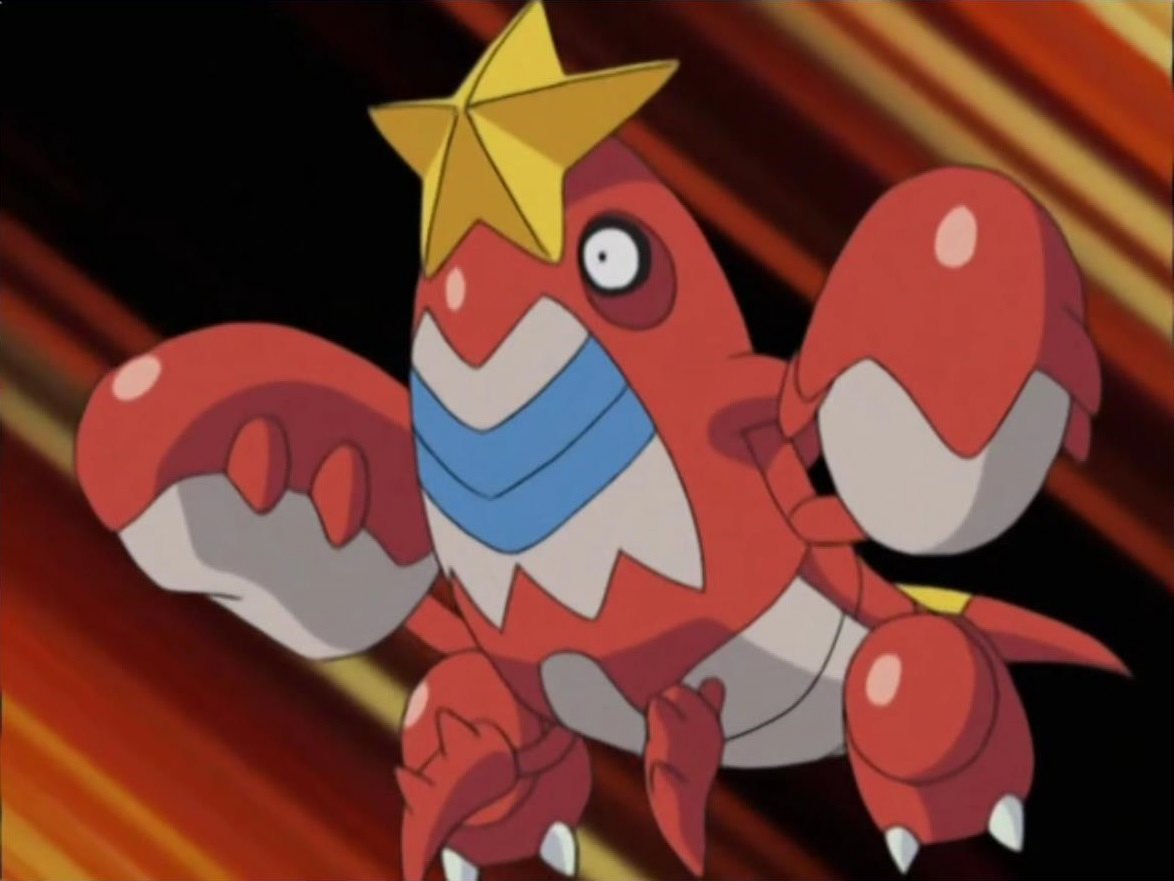 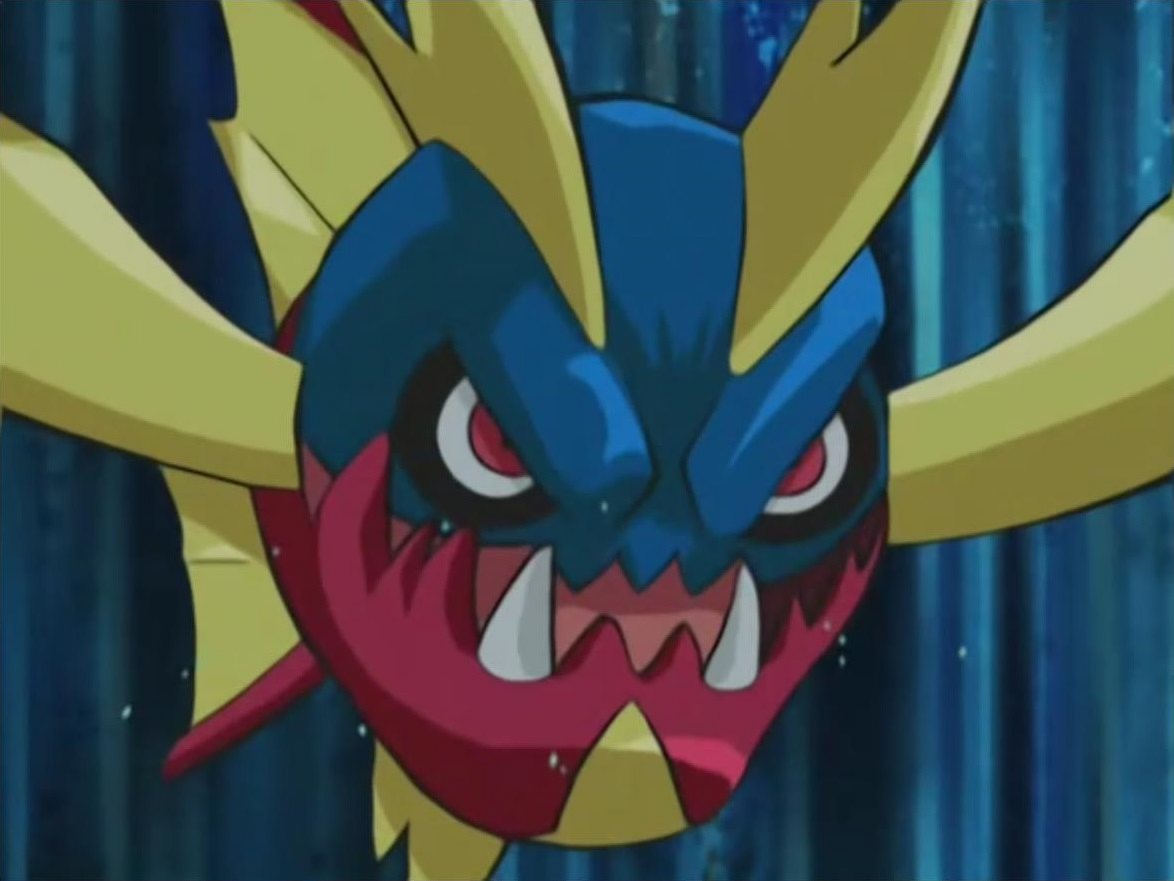 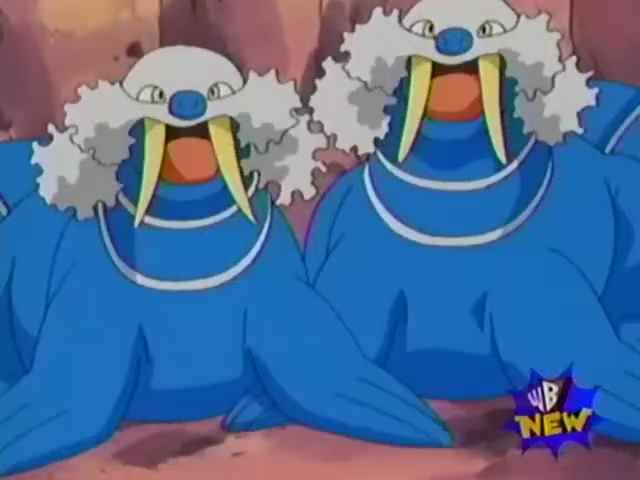