Sean is a character appearing in Pokémon: BW Rival Destinies.

Sean borrowed a couple of Pokémon from his father and showed it to his friends, Mick and Glenn. Glenn took one and battled Sean, while Mick was left out. Glenn quickly had Patrat attack Blitzle and both were left exhausted. Glenn demanded more Pokémon, so Sean came with Seismitoad and Scolipede, both which Glenn used against Mick, who borrowed Krokorok and Pikachu. After the battle, Sean was furious Glenn was careless, for the Pokémon were actually borrowed from his father and are exhausted. Glenn admitted this and apologized to Sean and Mick, then all three watched as Ash battled Krokorok. 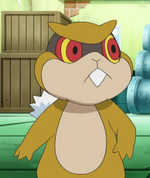 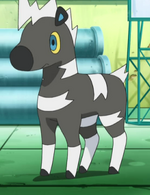