Pokémon Wiki
Register
Don't have an account?
Sign In
Advertisement
in: Manga characters, Male characters, Characters from Sinnoh,
and 4 more

For the variant appearing in the games, see "Saturn".

サターン
(Sataan)
Saturn
Saturn is a character appearing in Pokémon Adventures, who was a commander of Team Galactic.

Saturn is a malicious guy, who makes his plans to further Team Galactic's goals by hurting others. He is also extremely impatient, and expects a lot of results from his subordinates.

Saturn called his boss about getting more funding for their plan. After being permitted to do so, Saturn thought they could capture a rich person, and extort them for money. He heard about a daughter of a wealthy family traveling around Sinnoh. Since there were no photos of her online, his grunts found photos of her bodyguards, Paka and Uji. Thinking the girl would be with the bodyguards, Saturn ordered the grunts to be found and captured.[1]

Saturn deployed grunts at the Lost Tower, where they awaited Paka and Uji. Using a machine, Saturn observed the battle from his base. He suspected that the bodyguards have hidden Platinum, and sent Croagunk and Abra to fight them off and interrogate them. To defend themselves, Paka and Uji sent Buizel and Burmy. Croagunk used Poison Jab on Burmy, causing it to drop its cloak. As Saturn laughed, Burmy collected the leaves from the floor to regain its defenses. Burmy used Hidden Power to retaliate, so Uji's Buizel used Dig. However, Croagunk sensed Buizel, due to its Anticipation ability.[2]

Saturn laughed, as Croagunk sensed Buizel and used Sucker Punch to deal huge damage to it. Paka and Uji went to the next floor to defend themselves, but Abra teleported itself and used Fire and Ice Punch on Burmy. Saturn laughed, claiming they should surrender, but noticed Platinum in the shadows, and suspected the grunts told her to hide in the tower. However, Paka laughed, as Uji's Buizel used its tail to blow the wind. The wind caused the leaves to block the machine, preventing Saturn to see anything, and his Abra and Croagunk were easily defeated. Saturn became extremely frustrated, and slammed his fists in anger, as he swore he would pay back these bodyguards and take revenge on them. He ordered the grunts to ward off the path to Veilstone City, where their headquarters were located.[3]

Saturn received a call from his grunts that they were battling a kid at Veilstone City's Game Corner. Saturn became displeased, and ordered them to get into position: to switch the lights and battle the bodyguards. He became pleased to see Paka and Uji going to Veilstone City, as he had predicted, due to having placed a barrier at Route 210.[4] Saturn was extremely annoyed when his subordinates could not defeat the bodyguards, much less capture Platinum. He wanted the bodyguards suffer the worst possible punishment, and had an idea of using an ancient weapon, which was in nobody else's interest. In fact, he noted that the weapon was so powerful it shouldn't be even used by humans. His grunts lured the bodyguards to a spiked building, where he activated the weapon. The weapon obliterated Paka and Uji, pleasing Saturn, as they'd be deformed and captured for all eternity.[5]

Saturn laughed that his weapon obliterated the bodyguards. He chuckled, but realized there was nothing else to do anymore. He thought he needed to make a new plan to find and capture missy, and decided to play some games instead. He was noticed by his superior, Cyrus, that he has fired the ancient weapon. Cyrus scolded him, since nobody gave him that permission, and pinched him. Saturn wailed in pain, explaining it was all part of his plan to get funding by capturing missy. Cyrus noted that Saturn had a "clear" plan, to which Saturn replied he didn't have a picture of her to know how she looked like.[6]

Saturn was at Lake Valor, and attacked Pearl, who tried to stop his plans. Saturn admitted it was a long time ago when he did field work, and was impressed that Pearl managed to identify his Pokémon's next move. He admitted he came to stop Pearl and Rad Rickshaw, since he had been observing them for some time. Since the air shuttle arrived, Saturn stated Pearl had much less time than he anticipated. Still, Saturn pulled him up, and demanded to know why Pearl was going to the lake island. He continued to do this, until he saw the countdown of 10 seconds. Thus, he braced his grunts to capture the Willpower Pokémon once the bomb is dropped.[7] The Galactic Bomb at Lake Valor exploded, which evaporated all of the water. Saturn became extremely pleased that his bomb detonated at the place he was, and gloated, believing that was why Cyrus thought of him as the most valuable team member. He still interrogated Pearl why did he go to the lake island, and was told about a strange encounter. Saturn noted that Pearl must've come in contact with the lake guardian Azelf, and ordered his grunts to march towards that island. Saturn and Pearl went there, where they saw Azelf coming out of the puddle.[8]

Saturn confronted Azelf, and went to capture it. However, Azelf emitted a bright flash of light, which blinded Saturn. The latter placed a light filter, but when he did, Azelf and Pearl were gone. Saturn cursed, and had his grunts surround Azelf and capture it, who had Machamp grab it. Pearl went to fight them, and had his Chimler use Flare Blitz. Saturn smiled, for Flare Blitz was exhausting Chimler, for the user took damage when executing that move. To finish Pearl and Chimler off, he had Octillery use Gunk Shot.[9] Saturn met up with Mars and Jupiter at Veilstone City, and the trio went to Cyrus to report the success of the mission. Cyrus became pleased, and had the commanders assemble the grunts at the auditorium. They did so, and listened to Cyrus' speech about the incomplete world and the Red Chain, and clapped for him.[10] Saturn reported an intruder in Veilstone City. Cyrus ignored that, and asked of his commanders to go to Spear Pillar at Mt. Coronet, who obeyed that command.[11]

The three commanders were at the Spear Pillar, and were pleased that the final phase of the plan would soon start. They saw Cyrus, and were surprised that he was badly wounded. Saturn simply glared them, and asked if there were any disturbances, to which the commanders denied. Cyrus went to conduct the plan, while the commanders defended him. Rocks started falling on Saturn, who evaded the attack, along with his Octillery. The three commanders soon noticed Roark, Gardenia and Fantina, and belittled them, for three people were not powerful enough to stand up to Team Galactic.[12] Jupiter, Saturn and Mars faced the Gym Leaders. Saturn boasted there's nothing that these people could do, and had his Octillery attack, but was countered by Crasher Wake's Pokémon. Saturn became annoyed, as he claimed that they'll still defeat them, no matter how many Gym Leaders arrived. Much to their surprise, they saw that Byron and the Underground Man below them, who dug a tunnel for the Gym Leaders to bypass their security. The three commanders smiled, as they decided to have each one of them battle two Gym Leaders at a time. Saturn faced Roark and Fantina, and sent his Octillery, Abra and Croagunk to battle them.[13]

However, the Gym Leaders defeated Saturn and his Pokémon.[14] Mars and Saturn recovered a bit, and noticed Jupiter talking with Sird. The two didn't know who she was, so Jupiter introduced her as Team Galactic's commander, who infiltrated Team Rocket. Mars reminded that Team Galactic did collect many Pokémon linked to space itself, while Sird explained her mission was to capture the space Pokémon Deoxys, but had failed. She showed that she had a grunt take her place of operations in Sinnoh, which annoyed Saturn that she betrayed their boss.[15]

With the battle raging on, Saturn, Mars and Jupiter fled from the Spear Pillar.[16]

Mars, Jupiter and Charon were hiding in Eterna City. They observed Charon's fight, and noted with Cyrus gone, he was just trying to collect Legendary and Mythical Pokémon, and nobody could stop him. Mars refused to fight Charon, while Saturn asked Jupiter what to do. The latter looked at the hole, and stated that their boss, Cyrus, lied beyond that hole. Saturn used his machine to grab Mars and Jupiter, and flew off with the two through the hole.[17]

Saturn, Mars and Jupiter went to the Distortion World. They observed Volkner and Flint fighting Giratina. Mars wanted to team up with Volkner, thinking she'd be a match, for they both had an Electivire, but Saturn reminded her they didn't come to play. Suddenly, Charon arrived, and pretended to be here to save Cyrus. Since he was being chased, Charon flew away, leaving the Team Galactic commanders to confront Cheryl, Marley and Mira. Saturn and Mars didn't want to fight, but Jupiter leapt in, as she believed Charon that he was going to save Cyrus. Thus, Saturn and Toxicroak faced Mira and Alakazam.[18] Alakazam used Power Trick to swap its Attack and Defense stats, followed with Guard Split to heighten its Defense more. Saturn believed it was all pointless, as Toxicroak used Poison Jab to attack Alakazam, but Mira claimed she was just stalling him.[19] Their battle got interrupted by Giratina, who passed them by.[20]

Saturn emerged from the Distortion World with the rest of the commanders. He watched as Cyrus emerged, too, and confronted Charon. Charon bowed down, pretending that he captured all the Legendary Pokémon to serve Team Galactic. Cyrus picked up his device, which could take control over Pokémon, and noticed it was used at the Spear Pillar. Saturn pointed out that Charon used the device to control Dialga and Palkia, and was even aware that their clash would not create another universe, but a portal to Distortion World. Cyrus, however, announced that Team Galactic would be disbanded. As he went away, Jupiter stopped Cyrus, for they dedicated their lives to Team Galactic, and had nothing do without it. She called upon Mars and Saturn, who were pondering thoughts. Thus, Cyrus had them taken on Magnezone, and thanked Diamond, Pearl and Platinum before the group flew away.[21] 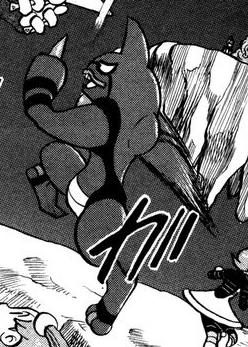 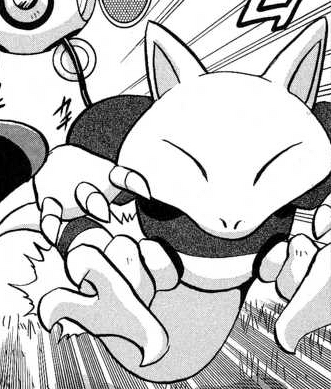 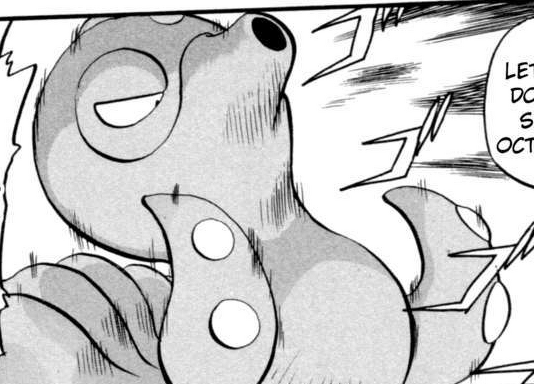 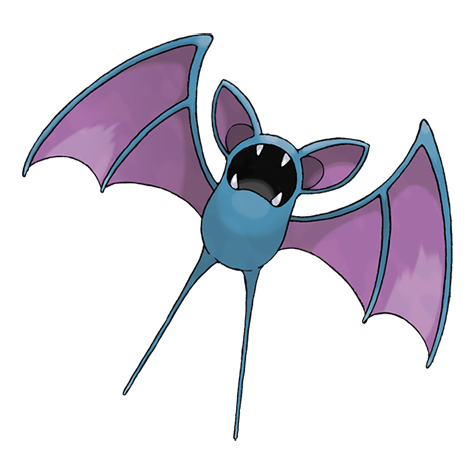