You're a Star, Larvitar!

Satchel is a trainer that went to participate in the Johto League. The heroes met him and Ash had a battle with his Magby, using his Cyndaquil. However, Magby overpowered Cyndaquil and defeated it. Later, Team Rocket stole the Pokémon, including Satchel's Magby. However, Ash and Larvitar freed it and, during the battle with Team Rocket, Magby evolved into Magmar, making Satchel pleased. 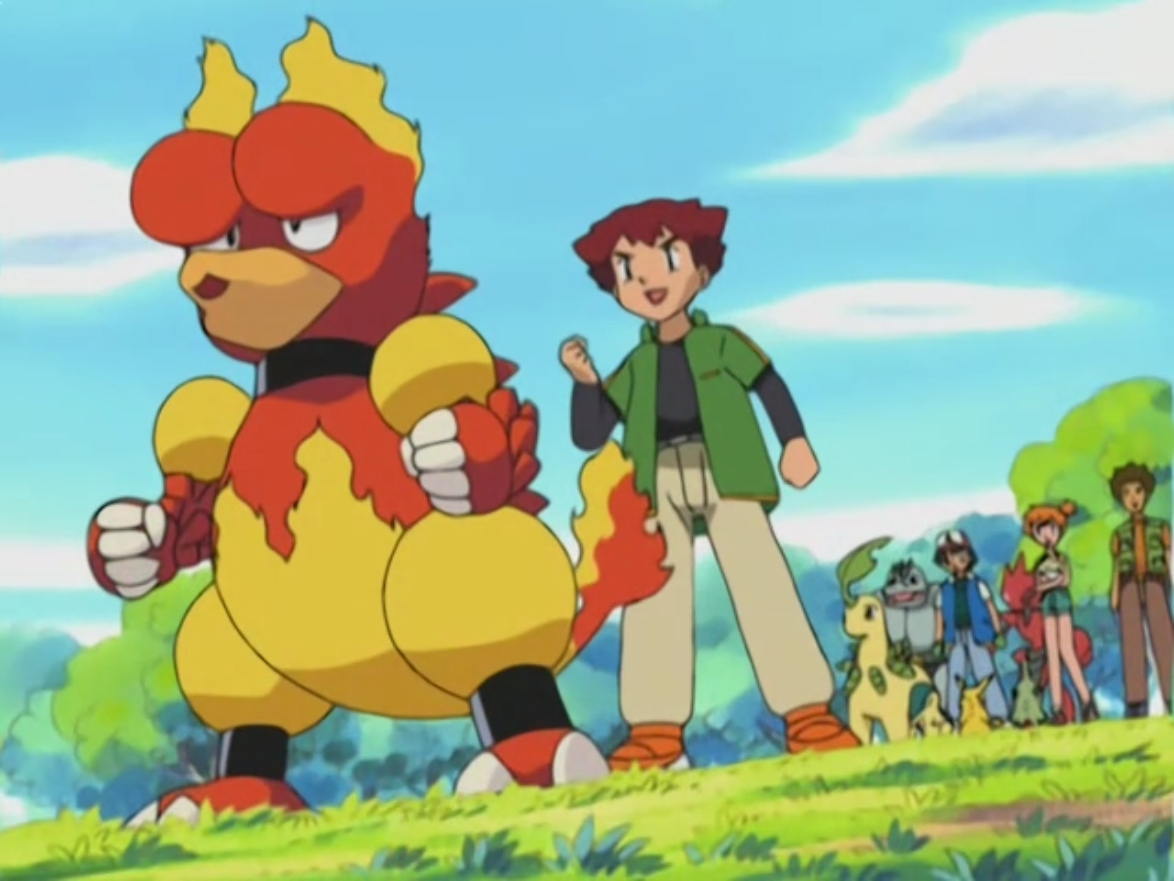 Retrieved from "https://pokemon.fandom.com/wiki/Satchel?oldid=1257937"
Community content is available under CC-BY-SA unless otherwise noted.