Sanpei is a character appearing in the Pokémon the Series: XY and XYZ.

Sanpei first appeared in when he criticized Ash and Froakie at their training. He disappeared after that and when Ash found him again, Ash challenged him to a battle which he accepted. Ash used his Froakie against Sanpei's Frogadier. Frogadier managed to dodge many of Froakie's attack and at last defeated it.

After that Ash requested Sanpei to train Froakie for Quick Attack and Sanpei agreed. Using different techniques, he managed to teach Froakie Double Team. He also defeated Team Rocket in the process.

Sanpei later returned in with his newly-evolved Greninja when he was saved by Ash and his friends after falling in the river. He later witnessed Ash's Froakie evolved into Frogadier and battled them after their delivery was complete.

Sanpei met the heroes again when he visited them on their way to Terminus Cave. Sanpei asked the heroes if they wanted to visit his village because it was nearby and the heroes accepted his invitation. Sanpei brought the heroes to his hometown and there he was reunited with his brothers. Nihei challenged Sanpei for a battle and Sanpei accepted it but lost the battle at the end. He then showed the heroes his house and explained that Greninja was once a Froakie when Ash's Frogadier noticed a photo. He and the heroes took a secret passageway and Ippei showed them the shrine legendary Greninja. When Kagetomo's army attacked the village, Sanpei and the heroes rushed to the place where Hanzo and Shinobu were. Hanzo was later kidnapped by Kagetomo's army and Sanpei and Ash followed them. While they followed the enemy army, they were confronted by Heidayu who sent out his Bisharp and challenged them for a battle. 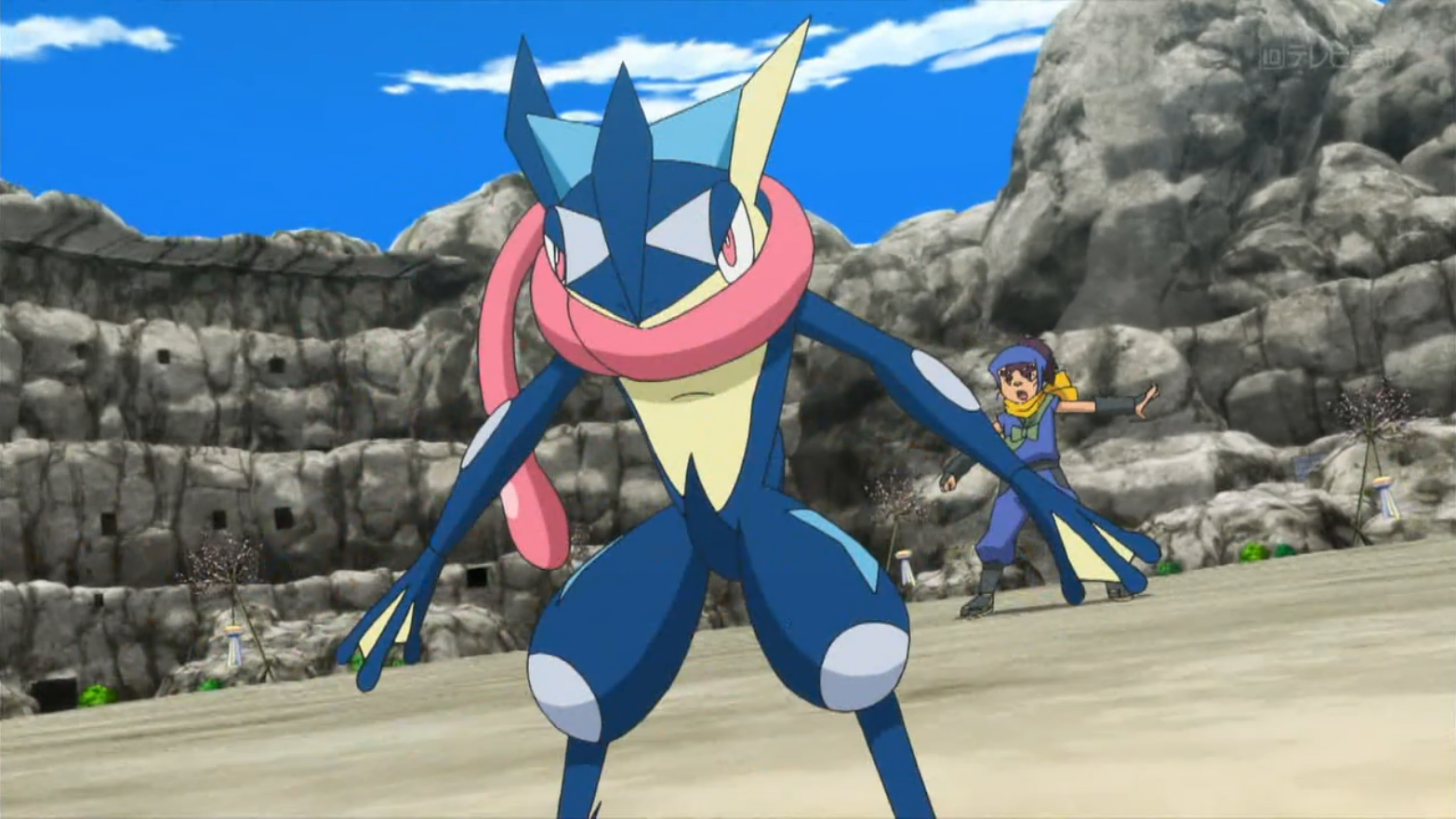 Retrieved from "https://pokemon.fandom.com/wiki/Sanpei?oldid=1390045"
Community content is available under CC-BY-SA unless otherwise noted.