For the variant appearing in the games, see Samson Oak.

Principal Samson Oak is a character appearing in Pokémon the Series: Sun & Moon.

Samson is a tall man, who resembles Professor Oak; he has long grey hair, tanned skin and brown eyes. He wears a short-sleeved teal collared shirt, which is decorated with blue Wishiwashi and a white stripe. He also wears white shorts and blue flip-flops, as well as a watch on his left hand.

Although he is the principal of Pokémon School, Samson makes silly Pokémon-based puns to describe a certain experience.

In "Alola, Kanto!", Samson is very excited to meet his Cousin, Professor Oak upon their reunion.

Samson Oak was passing by a field when he heard a commotion. He noticed some people being alarmed at a Komala, who was moving around erratically, as it didn't have its log. Samson used a pineapple to replace the log, but Komala latched onto Samson Oak's head. Since Komala wouldn't let go, Samson made a new log for Komala, who was not interested in it. Thus, Samson let it stay atop of his head, until one day, when he rang the Pokémon Trainers' School's bell. Komala was interested in the bell's log that caused the sound, and descended from Samson's head. Samson knew that Komala wouldn't let go of the log, and permitted it to keep it, and since then, Komala was the one ringing the bell in time.[1]

When Delia arrived to school, Samson Oak took her egg, which she delivered from Professor Oak. Just as they went out of the room, Mallow introduced him to Ash. Samson exclaimed the importance of people living with Pokémon in peace and happiness. Before he left, he made some impressions of Pokémon, which left Ash and Mallow bewildered by his puns. Samson contacted Samuel (Professor Oak) and informed him the egg was delivered. He also let Mallow show Ash around the school.[2]

The next day, Samson gave a lecture to his students. He showed an Exeggutor, who, in Alola, was much taller and its type was Grass and Dragon, rather than ones found in Kanto, whose type was Grass and Psychic. Ash went to touch Exeggutor, but was knocked away by its tail. Despite that, Samson exclaimed what a good experience that was for everyone. Later, Samson watched Ash and Kiawe racing. He wondered if Professor Kukui was involved in the surprise party the students made for Ash. Kukui confirmed this, as he was Ash's fifth surprise.[3]

Once Ash obtained the Rotom Pokédex, Samson was interested in the device. Ash introduced Rotom to Samson, who made impressions of Golduck and Arbok. Rotom was confused and couldn't understand his meaning and was told Samson made some Pokémon puns when he introduced himself. Rotom understood and it also made some puns, which excited Samson that Rotom could also do that, thinking he would get along with it.[4] Samson spotted Team Rocket on the trees and greeted them. Team Rocket was startled he found them, but claimed they were just mere tourists and went away.[5]

Samson called the class for a special assignment. He showed two eggs, one of which Ash delivered days ago, while the other was from Mount Lanakila. He asked of the class to choose one of the eggs to take care of, while he would nurse the other one. Mallow had Lillie decide, who chose the blue egg with flower patterns. Samson was delightened and dismissed the class.[6] Samson Oak participated in the Pokémon Pancake race with Komala. Komala managed to enter the final four with Ash's Pikachu, Noa's Raichu and James' "Bewear". Just as the fake Bewear was going to win, the real Bewear appeared and slashed the fake one, revealing Meowth and Wobbuffet. Bewear took them, along with Jessie and James away. This baffled Pikachu and Raichu, long enough to make Komala pass them by and win the race. Samson was grateful and he won the first prize: the one year supply of pancakes, but was harshly knocked onto the ground by Komala.[7]

Samson and Professor Kukui came to the class, the former showing the egg, which started to glow. The egg hatched into a red Vulpix, who started playing with the class's Pokémon. Samson was delighted, stating how wonderful friendship can be. He decided to raise the red Vulpix, letting the class take care of the white one. He watched as Lillie tried to touch the Alola Vulpix, but failed. The next day, Samson and Kukui were glad Lillie overcame the fear and touched her own Vulpix.[8] One day, a cameraman filmed Samson and Vulpix, as the latter had won the Pokémon Pancake race. The next day, Samson told this to Rotom, giving him more clues to where to find the Electrium Z. Samson also thought of entering the next year's race with Vulpix.[9]

Samson had Ash make a presentation for the Visitation Day. Upon that day, Samson greeted everyone and welcomed them for coming to the Visitation Day. Later, he and Kukui were surprised and happy that the children, their Pokémon and their parents were tending to the garden that Team Skull destroyed earlier.[10] Samson greeted Oluolu, and told the class he was once a student of the Pokémon School. Samson, Kukui and Oluolu were the commentators of the Pokémon Base match, and clapped for the successes. After Team Rocket, who joined in the match, were defeated and snatched away by Bewear, Samson and Oluolu began making Pokémon imitations.[11] Before the class went with Kukui and Olivia to Akala Island, Samson had the latter examine the class' Pokémon. After everyone boarded on the ship, Samson bid them farewell as they sailed away.[12]

He watched the boys train for the Charjabug race, and became amused by their teamwork.[13] For the 20th anniversary of the Pokémon School, Samson Oak took the class to Kanto region. In fact, he wanted to see his cousin's lab in Pallet Town. Ash became excited, and upon meeting his old friends, Misty and Brock, the group went to the lab. Professor and principal Oak greeted each other, and the former congratulated Samson for the anniversary. Samson introduced Professor Oak to the class, who narrated a poem.[14] The next day, as the group was to depart to Alola, Kukui had an idea to open the Alola Pokémon League, and Samson thought of making Gym Badges. The group bid farewell to Professor Oak, Misty and Brock, and took the airplane to Alola region.[15]

As Ash found a strange creature, which Lillie nicknamed as Nebby, Samson admitted he had no knowledge of this Pokémon. He was pleased, however, to see that the class found Nebby's favorite food: sugar stars.[16] When Professor Kukui and Burnet were getting married, Samson Oak served as mediator for their marriage. As he announced that Kukui could kiss the bride, Professor Burnet's Munchlax kissed Samson instead.[17] Samson Oak came to visit the class, who were interested in Komala, who fell off the bell tower. Samson told that Komala must've had a bad dream, and told that Komala usually have a log since birth. He remembered the time he encountered Komala, whose log was lost.

Marowak tried to move Komala's log, but ended up getting attacked by Komala. Ash became interested in battling it, and Samson Oak permitted him. At the battlefield, Ash's Litten and Kiawe's Turtonator faced Komala, who evaded their attacks and retaliated with Wood Hammer and Rapid Spin. The battle was abrupted when Jigglypuff arrived, and sang its song, causing everyone to go asleep. When they woke up, they found everyone's faces messed up by Jigglypuff's marker, except Komala's. In fact, they saw Jigglypuff coming to scribble upon Komala's face, who dodged. The group realized that Komala was unaffected by Jigglypuff's Sing, and managed to avoid it. To counter Jigglypuff, everyone had Komala teach it to use the Sing move. After the encounter with Jigglypuff, Samson and the rest saw that Jigglypuff fell asleep this time, and Komala used the marker to draw upon Jigglypuff's face. Much to their surprise, Jigglypuff laughed when it saw its reflection.[1]

When the school's bell was ringing, Samson Oak went to the class, informing them of a mission they had to attend to as Ultra Guardians. Kukui opened a secret passage, to which Samson explained that the school and Aether Foundation worked hard to create a base of operations for the Ultra Guardians.[18] When Ilima came to school, he had a talk with Professor Kukui and Samson Oak, who were pleased to have a chat with their former student. Samson was pleased with the Lumiose Galettes that Ilima brought, while Kukui explained he was forming the Alola League tournament, which interested Ilima.[19]

On a cloudy day, Samson Oak was feeling down. He fell asleep with Professor Kukui at the office, much to the class' surprise.[20] Kukui was resting with Principal Oak at school, until the Blinding One retreated through an Ultra Wormhole with Solgaleo. At that moment, Samson Oak and Kukui felt their energy restored, and awaited the Ultra Guardians' return. They were surprised to see Lunala in the treatement room, as it was wounded during the battle against the Blinding One. With the rising concern of Team Rocket's elite unit, the Matori Matrix, Samson Oak and the rest of the adults left the children to discuss how to deal with that enemy.[21]

As the class performed a drama play, Samson Oak addressed the audience, as he made an introduction to the play.[22] As the heroes were planning on making a haunted house for Lana's sisters, Harper and Sarah, Samson permitted them to use the Pokémon School itself. At evening, once everything was set, Samson Oak wished the class luck, and went to his office. Later, Samson came to the bell tower, as he heard that Komala rang it, which made him wonder if Komala has dreamed of something.[23] Samson Oak approached the class, stating they had to go to Aether Paradise for an important presentation. There, Samson and others watched Kukui, who showed Manalo Stadium, the site of the upcoming Pokémon League, which excited the principal. Once the presentation was over, Samson asked the class whether they'd participate: Kiawe, Ash and Lana were interested, while the others gave it more thought.[24]

Samson Oak and Professor Kukui, after being told about the meteor that would fall onto their school, ran towards the Ultra Guardians. They warned them of the danger, and asked of them to leave the school, too, but the Ultra Guardians refused, and went to destroy the meteor before it could collide.[25] Samson Oak was at Manalo Stadium, dressed as an Exeggutor. The class recognized him, and assumed he came to support them. Samson denied, for in fact, he came to participate, too, and wished everyone luck in the upcoming battles.[26]

Samson participated in the Alola Pokémon League with his Komala, and won the preliminary round. When he learned he would face Hau in the next round, Samson visited the class and made Pokémon impressions to share his joy, to which the class cringed.[27] Samson Oak and Alolan Exeggutor faced Hau and his Alolan Raichu in the first round of the Pokémon League. Raichu evaded Exeggutor's attacks, and defeated it with Focus Blast. Samson Oak evaded getting crushed by Exeggutor, who fell on the ground, while Hau cheered for his victory.[28] Samson attended the ceremony, where Ash was given the Championship Cup. He was surprised to see the Ultra Beast, Guzzlord, having descended down from an Ultra Wormhole.[29] 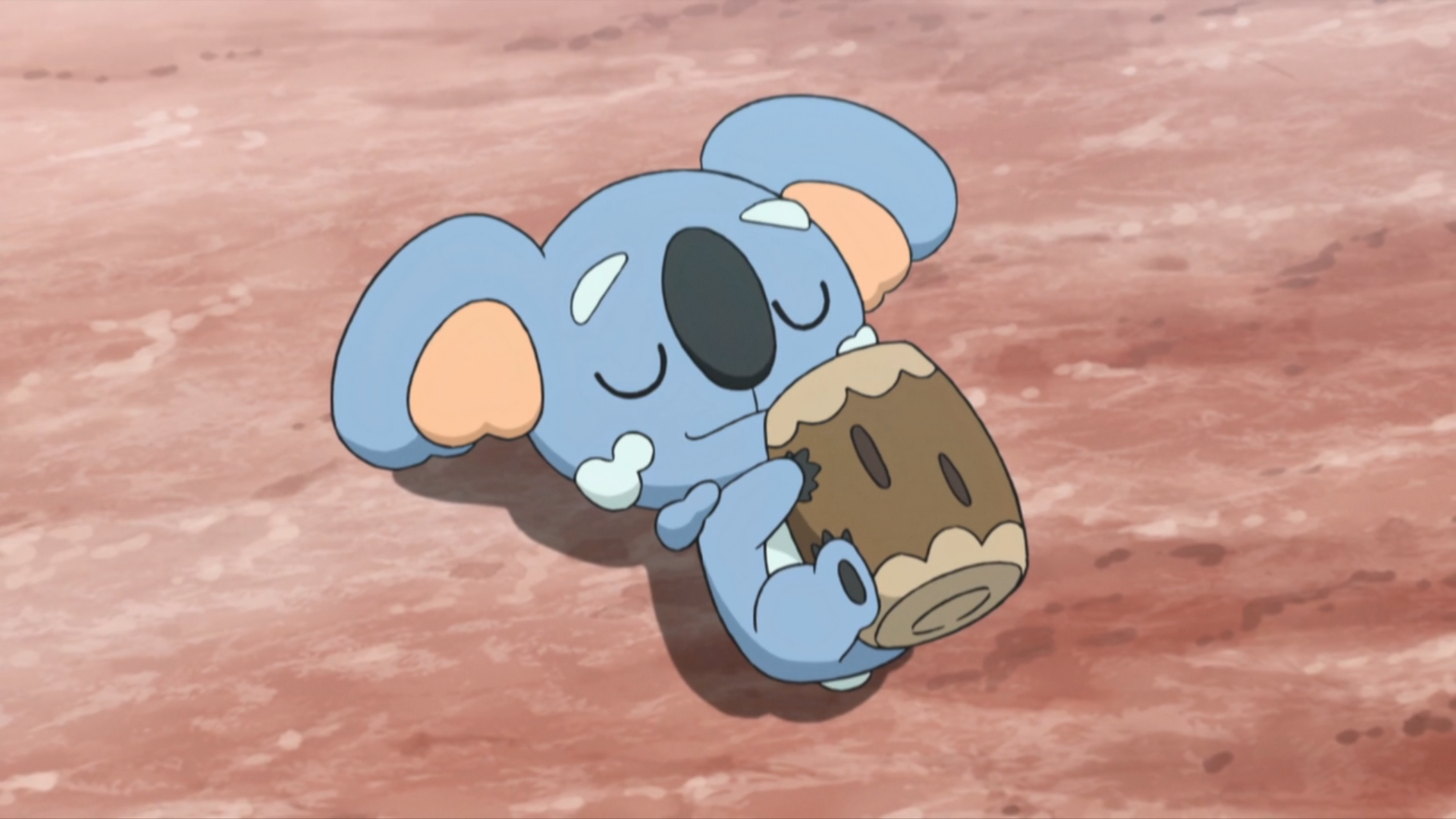 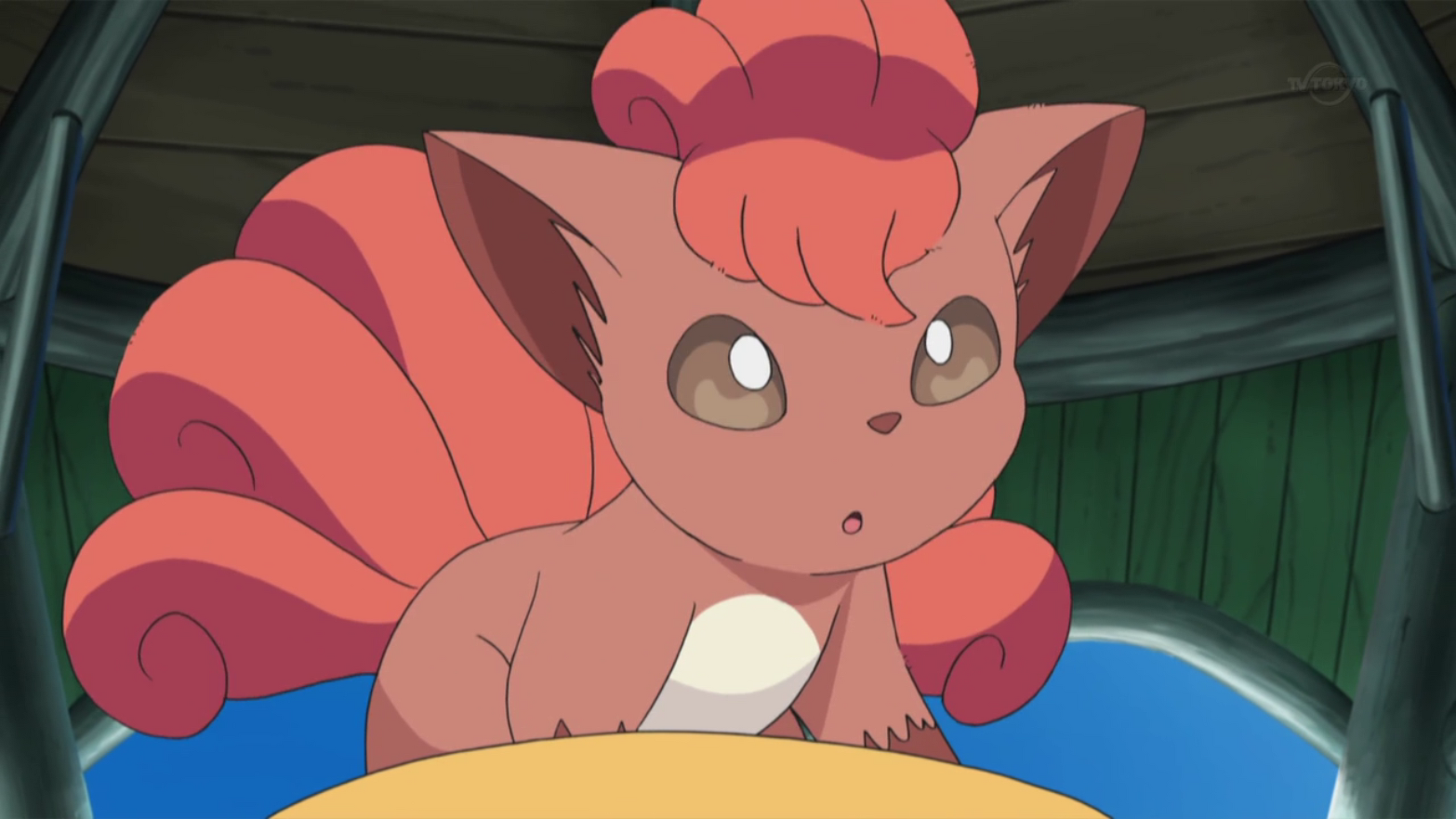 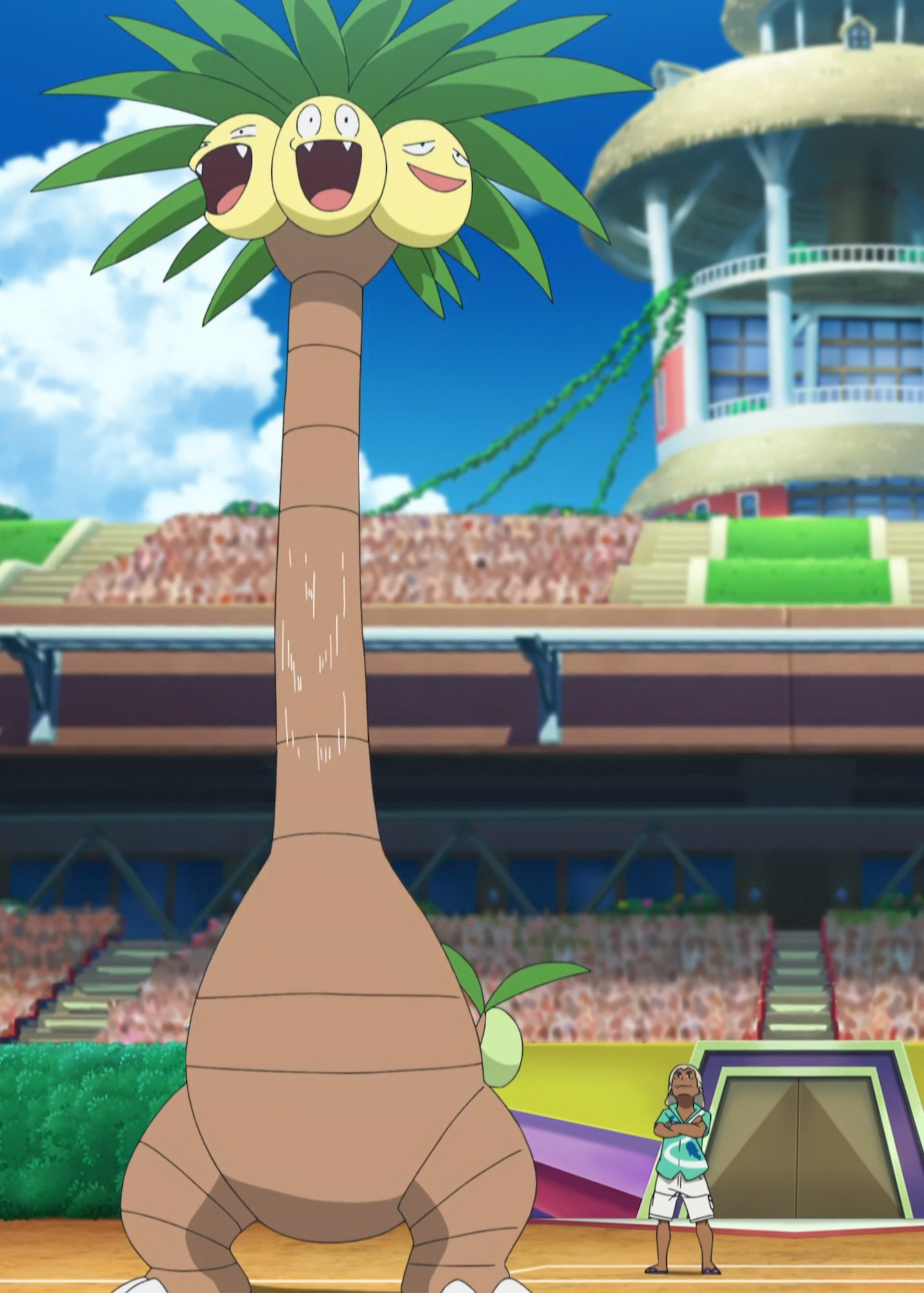 Retrieved from "https://pokemon.fandom.com/wiki/Samson_Oak_(anime)?oldid=1313884"
Community content is available under CC-BY-SA unless otherwise noted.