For the variant appearing in the games, see Samson Oak.

Samson Oak is a character from Pokémon Adventures.

Professor Samson Oak was called to evaluate the battles at the Full Force Festival with Hala.[1] After Sun's En defeated Masked Royal's Rockruff, Hala and Samson Oak agreed that Sun was the winner of that battle.[2] When Gladion told Moon that her Grimer was a Dark and a Poison-type Pokémon, Samson explained that some of the Pokémon of Alola, originally brought from other region, have their appearance and type changed, due to the climate. He told the people those were called regional variants.[3]

In the Aether Base of Ula'ula Island, Sina and Dexio contacted Samson Oak, who configured their reassembly machine. The duo thought the machine could help them unlock Zygarde's secrets. They stated to have 60 cells, but no core, while Sun collected 30 cells and a core before disappearing. They also remembered Lysandre, who had taken control of Zygarde in its snake form, and the latter had disappeared. It was why Sina and Dexio wanted Samson to construct the reassembly machine, to prevent anyone from taking abuse of Zygarde. After Sina and Dexio hows a picture of Zygarde's 10% forme, Samson realized with so many cells collected, Zygarde was close to unlock its 100% forme.[4]

Sasmon Oak, Sina and Dexio awaited Lillie at Ula'ula Island, who changed her clothes for the trip. The group went to Mount Lanakila, where they saw a strange creature. Samson Oak believed it to be an Ultra Beast, but Sina and Dexio explained it was Zygarde, who was formed by the cells they collected, and the cells that came out of the crack of the sky, the ones Sun had collected. Thus, the group realized that Zygarde was in its complete form. Suddenly, they saw Sun coming out of the crack in the sky.[5] Samson Oak saw Sun falling from the sky, onto the complete form of Zygarde. Since there were more people that came out of the portal, Samson Oak accompanied the group to find them. As they were passing by, they noticed Vulpix and Sandshrew, but they looked different; Samson Oak described them to be Alolan variants, who adapted to the environment. When they found Lunala, Samson and Lillie realized that Necrozma diffused with it, to absorb Alola's light. The group located Lusamine, who, upon seeing Lillie's pendant, diffused with Nihilego. As Lusamine fainted, Samson, Sina and Dexio rushed to help her out and take her to the hospital.[6]

Samson Oak believed Zygarde came to Alola to protect its light, and viewed Necrozma as the enemy. Sun attempted to have his Lei bind Necrozma to the floor. Since that backfired, Samson Oak assisted Sun by sending Alolan Graveler and Golem.[7] Samson put on his shades, as Necrozma glew with a bright light. He was amazed, witnessing Necrozma's limbs being rearranged, forming a shining dragon. He watched Zygarde battle Necrozma, and admitted his shock when the former could fly. With the arrival of Ultra Recon Squad, Samson saw an image of a Z-Crystal that the group has lost in Ultra Space. As the group mentioned that Necrozma's bright form was applied only during the battle, Samson believed that transformation to be similar to Mega Evolution. As Nanu arrived, Sun remembered him as the old man, to which Samson Oak corrected him to be Ula'ula Island Kahuna. Samson stayed behind to see Zygarde confronting Necrozma, who defeated it and grasped Sun with its claw.[8] 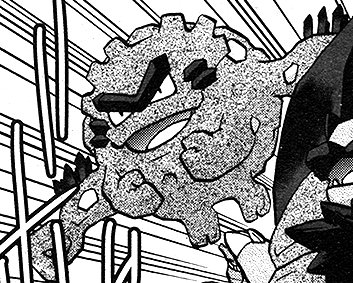 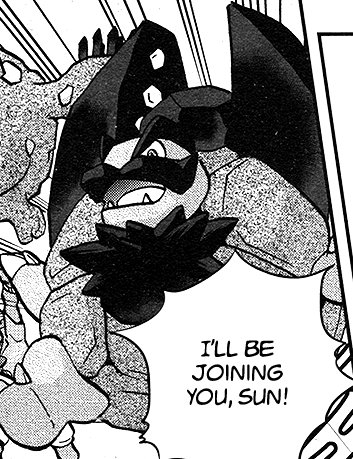 Retrieved from "https://pokemon.fandom.com/wiki/Samson_Oak_(Adventures)?oldid=1210166"
Community content is available under CC-BY-SA unless otherwise noted.