For the variant appearing in the games, see Salon Maiden Anabel.

Salon Maiden Anabel is a character appearing in the anime series, who is the Frontier Brain of the Battle Tower in the Battle Frontier in the Hoenn region.

Anabel is a small and slender young girl. She has shiny lilac-colored hair, purple eyes with small eyelashes, and thin eyebrows. Anabel wears a fancy and slightly tomboyish outfit that makes her slightly resemble a prince. It consists of a long sleeved lilac shirt with a large white collar and gold edges, thin gold cuffs and a white front with gold buttons and edging, and skinny fit pants that are violet at the top and darker purple at the bottom, with a jagged pattern around the knee area separating the two colors. On her feet, she wears white socks and black Mary Jane shoes.

Anabel always seems to have a calm personality especially when communicating with Pokémon, the only exception being if a whole bunch of them are too angered to speak to.

Scott described to Ash the Battle Frontier: Frontier Brains, like Anabel, were powerful Trainers, awaiting challengers in their facilities across Kanto region, which award Symbols upon being defeated.[1] Ash told his plan to challenge the Frontier Brains to Max and May, the latter thinking of accompanying Ash once more as she would challenge Pokémon Contests in Kanto region.[2]

Anabel calmed a Beedrill down when it was chasing Ash and his Pikachu. She explained to Ash that he was too close to its nest and Ash and Pikachu apologized to the Beedrill. Ash was amazed how Anabel was able to talk to Pokémon and understand them. An angry Gyarados then appeared, though Anabel was able to calm down the Gyarados and helped it to remove a stick which caused its pain. Anabel and Ash then sat down near the lake and Anabel was talking with Pikachu. Team Rocket appeared and captured both Anabel and Pikachu. Ash used his Corphish to break the net and Anabel and Pikachu fell into the water.

Anabel asked if Ash was alright from the Poison Tail from Seviper and he answered that he was fine but that it hurt. Anabel sends out her Alakazam and ordered it to use Psychic to get them back to land. After Team Rocket blasted off, Anabel invited Ash and his friends to go to her house to dry their clothes. Arriving at her house, Ash changed his clothes and mentioned that Anabel needed to change her clothes too. Anabel then said that she would change in another room, leaving Ash to wonder why and assume it was because of May. Anabel, however, said that wasn't true and revealed she was also a girl which surprised Ash and his friends. Anabel later introduced herself to Ash's friends to which Ash told that that Anabel was able to talk to Pokémon, surprising Ash's friends.

Ash then remembered that he had a battle at the Battle Tower and ran out. His friends followed him and Anabel was surprised by the sudden leave, but she mentioned that Ash was challenging the Battle Tower and could be interesting. After Ash and his friends arrived at the Battle Tower, Maron introduced the leader of the Battle Tower, Salon Maiden Anabel, which surprised Ash and his friends that Anabel was the Frontier Brain of the Battle She answered Ash's question by telling that they ran so quickly that she hadn't have the time to tell them. Anabel used her Alakazam as her first Pokémon and Ash his Corphish. Anabel told Alakazam through telepathy to locate Corphish's location when the field was covered with smoke and attack it wth Focus Punch.

Alakazam then used Psybeam next, defeating Corphish. Ash sent his next Pokémon, his Tauros, out and Anabel ordered Alakazam to use several attacks which eventually knocked out Tauros. Ash's last Pokémon was Pikachu who defeated Alakazam with a Thunderbolt after a tough fight. Anabel sent her next Pokémon, Metagross, out and Metagross was able to defeat Pikachu with several attacks. After Pikachu was defeated, Anabel won the battle and became the first Frontier Brain that Ash had lost to.[3]

Ash ran into Anabel when he disrupted the Beedrill nest again. As they all ran from the swarm, he asked why she couldn't just communicate with them to which she revealed she couldn't talk to that many at once. They fell into the lake when Tauros charged into them after he was stung by Beedrill's pincers. When they got out, Anabel offered to help clean up Tauros, which Ash accepted. They later ended up playing with Corphish in the lake and witnessed May using her Eevee to defeat Team Rocket after they tried to steal the group's lunch.

Anabel then witnessed Ash and May try to mentally communicate with Corphish and Combusken the same way Anabel would but were unable to. Ash asked Anabel how she did it, but she didn't know herself - she just talked with trees and Pokémon. Brock told him he should bond with nature to do it and Anabel agreed with him, so Ash tried to find out what did Anabel's heart think, but gave up. She told him it didn't matter, her eyes watering as she looked at him. Later on, Ash was ready to challenge her to the rematch and they started off the same way their first match did, sending out Alakazam and Corphish. Although things fell in Anabel's favor when Alakazam's Psybeam confused Corphish, Ash recalled it and immediately sent it back out with its confusion worn off and allowing it to defeat Alakazam.

Anabel then sent out Metagross, who immediately defeated Corphish. Ash then sent out Tauros who stood his ground despite the type-disadvantage: both Pokémon were knocked out simultaneously after a collision of Take Down and Meteor Mash. As Ash sent Pikachu out, Anabel sent out her final Pokémon, Espeon, whose first two moves matched Pikachu's and whose Zap Cannon overwhelmed his Thunderbolt. The lamps were shut down by Pikachu's Thunderbolt, surprising both Anabel and Espeon. Espeon was hit by several Thunderbolt before the lights were switched back on.

Pikachu charged in with Volt Tackle, so Espeon countered with Zap Cannon, but Espeon missed, got hit and was defeated. With this, Ash won and Anabel gave him the Ability Symbol. Afterwards, Anabel told Ash the last Frontier Brain was powerful and wished him luck, shaking his hand. As the heroes left the Battle Tower, saying goodbye to Anabel, she blushed and held the hand Ash shook to her heart, seeing he couldn't sense her feelings for him.[4]

Anabel appeared in a flashback with her Espeon when Ash recalled his journey to earn every symbol from the Battle Frontier.[5] 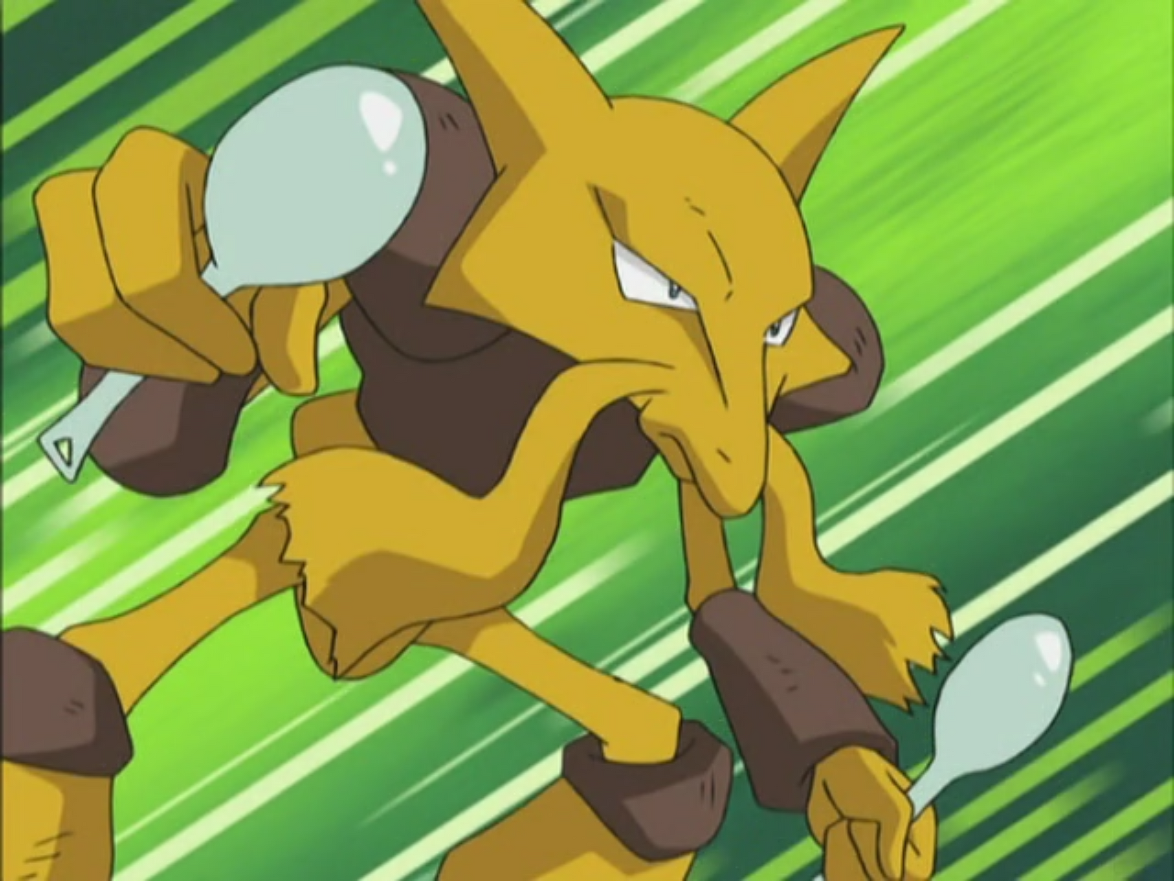 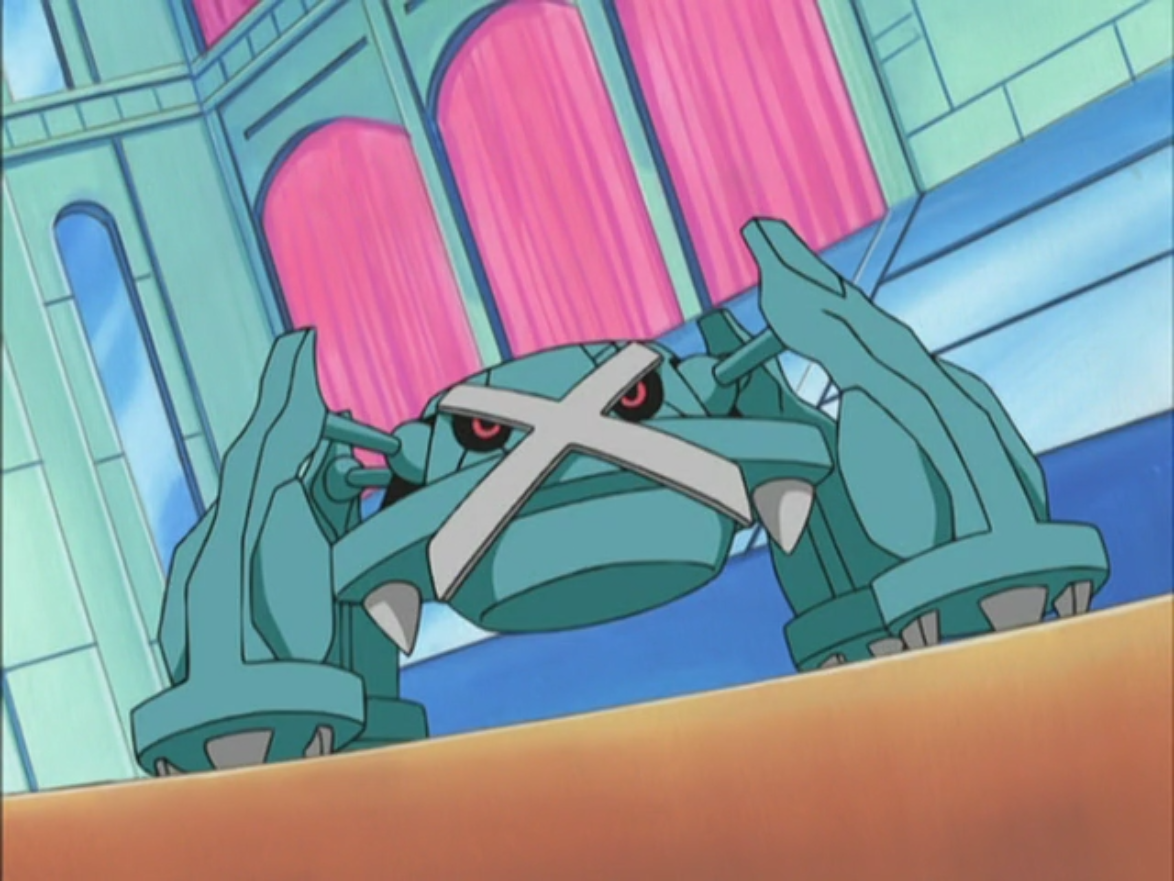 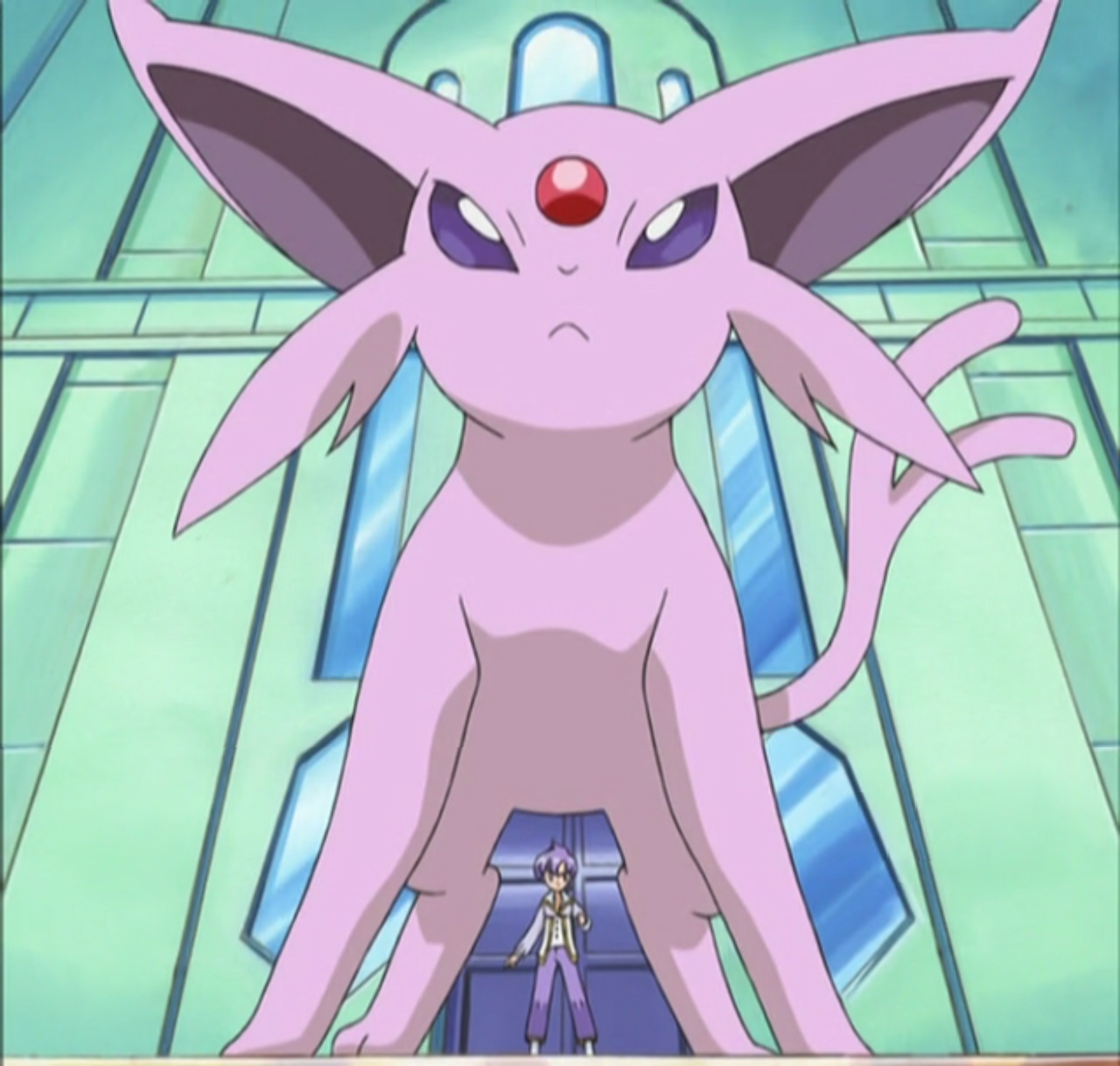 Retrieved from "https://pokemon.fandom.com/wiki/Salon_Maiden_Anabel_(anime)?oldid=1370314"
Community content is available under CC-BY-SA unless otherwise noted.