For the variant appearing in the games, see "Sabrina".

Sabrina in other languages

Sabrina is a character appearing in Pokémon the Series: The Beginning, who is the Gym Leader of Saffron City in the Kanto region.

Sabrina has long dark green hair and indigo eyes. She wears black boots and a red dress with yellow buttons. She also has a doll beside her, through which she communicates.

Sabrina is a cold, emotionless person, who communicates through a doll that she holds who wears a summer hat, representing her cheerful side. Being a Psychic-type trainer, Sabrina has a connection with her Kadabra and even share certain emotions. After being "defeated" by Ash, Sabrina's ruthless personality disappeared, as she smiled and laughed with the Haunter that entertained her.

The name Sabrina may originate from "psychic" and "brain". It may also be a reference to Sabrina, the Teenage Witch, a television show.

Sabrina was represented by two personalities; one that was cold and emotionless and another playful and just wanted to make friends, this split being the result of having trained her psychic powers so fiercely when she was younger, even pushing away her parents when they tried to help.[1]

Ash challenged Sabrina to a Gym Battle, who communicated through a doll to let him enter, though he had to play with her if he lost. Once ready, Sabrina summoned Abra and made it use Teleport. It eventually evolved into a Kadabra, making it such a powerful opponent that it was impossible for Ash to defeat her. Upon his defeat, he and his friends were shrunk into doll-sized people by Sabrina. Just before the three trainers could be squashed to death, they were rescued by an unknown man, who informed them that the only way to defeat Sabrina's Psychic Pokémon was by using Ghost-type Pokémon.[2]

After making a trip to Lavender Town and befriending a Haunter, Ash again challenged Sabrina. The Haunter he needed to help him defeat her was often disappearing at critical moments, causing a loss again to Sabrina and Brock and Misty being turned into dolls. There they met Sabrina's mother, who had also been transformed into a doll, while Ash was elsewhere. The mysterious man that had saved Ash was revealed to be the father of Sabrina, even though Ash thought he was a man who loved nextdoor to Sabrina. After a conversation with him, Ash once again challenged Sabrina. This time around Haunter decided to come to the battle, though instead of fighting, he began to play with Sabrina, and used a bomb along with other jokes. It caused her to laugh. As a result, her two personalities merged back into one, while the doll disappeared. and Sabrina's Kadabra was unable to battle due to their psychic connection, leaving Ash the victor. Sabrina was reunited with her family and the Haunter stayed with her. With this development, Ash received his Marsh Badge.[1] 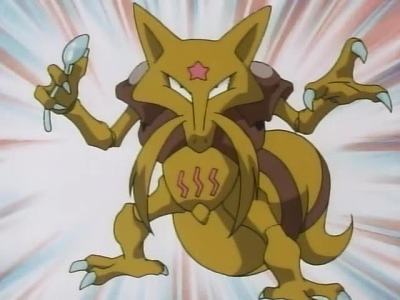 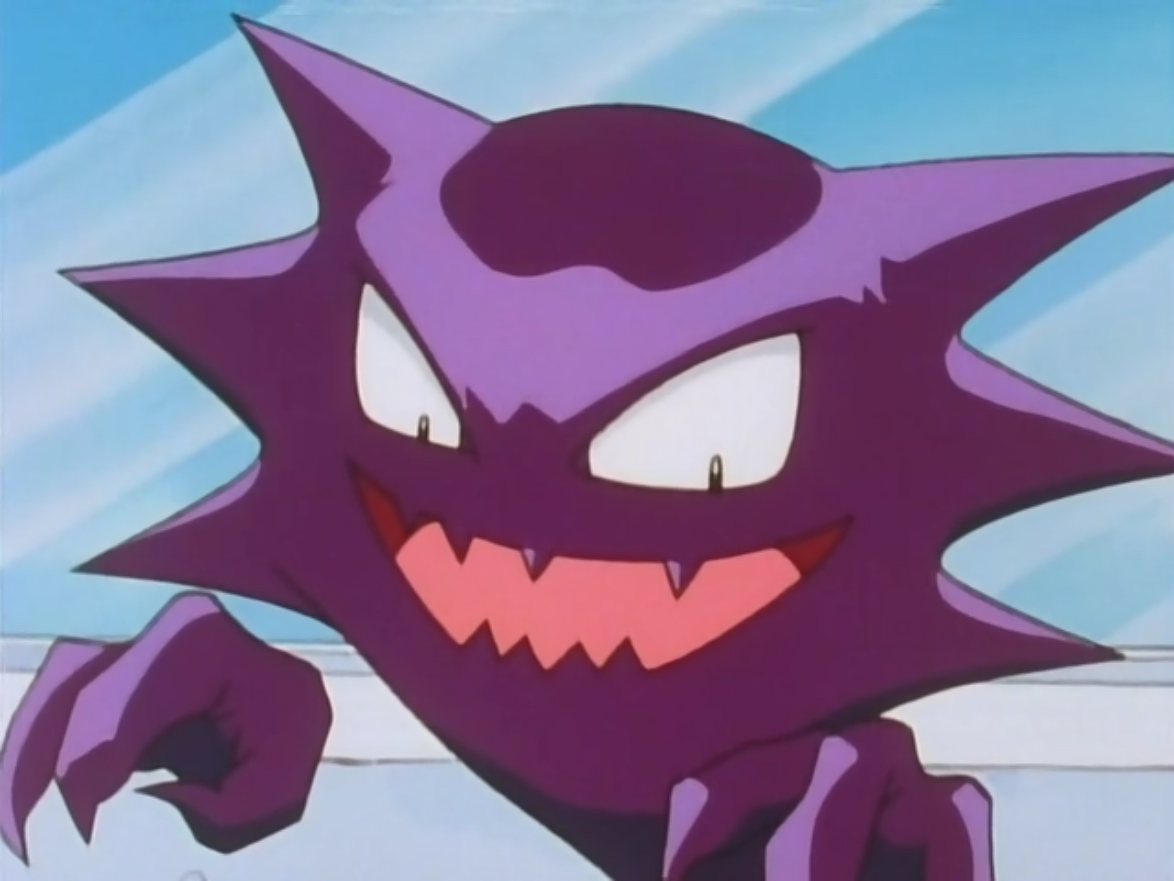