For the variant appearing in the games, see Roxie.

Roxie is a character appearing in Pokémon Adventures, who is the Gym Leader of Virbank City in the Unova region.

Roxie held a performance in Virbank City. Blake took Whitley and jumped through the audience, which Roxie saw.[1] The two contacted Roxie; Blake asked of her to visit the choral competition, with Roxie complying.[2]

Some time later, Roxie visited the choral competition as one of the judges. With Team Jigglypuff's victory, Roxie was thrilled that team won. She stated the winners would come to the Unova Singers tournament in Castelia City. Cheren worried about the costs, but Roxie assured him her father, a captain, would sail them to that city. She hugged Blake and Whitley for the victory. Eventually, Roxie introduced the class to her father, who greeted Blake and Whitley.[2]

The class sailed to Castelia City. Roxie thanked her father for bringing the class and explained he wanted to become a movie star, but was neglecting his duties as a captain. This changed once he saw Blake and Whitley's movie. As the class went away, Roxie found an unconscious person she was supposed to meet for the choir festival. The person explained he was attacked by certain people who wanted to "liberate his Karrablast". Roxie promised to return Karrablast and was joined by Blake, Whitley and Hugh. They went into the sewers, where Roxie sent her Whirlipede. Eventually, they found Team Plasma grunts, led by Ryoku and Gorm. Roxie had her Whirlipede protect the group, but she and Whitley dodged when the Muk launched sludge at them.[3] Roxie struggled to battle against the Team Plasma grunts, having her Whirlipede fire Gunk Shot. The Muk used Acid Armor to protect themselves, while Roxie fell down from one of their attacks. In the pinch moment, Whitley's Foongus used Clear Smog, which blew away the Muk. The grunts retreated, which made Whitley surprised, as she was just getting started. Roxie complimented Whitley and her school, for Cheren was lecturing his students well. However, Whitley went to contact her mother.[4] Roxie and Whirlipede waited and listened to Whitley, who started panicking. Roxie went to Whitley, but was stopped by her Foongy.[5]

Roxie saw Whitley hiding and greeted her. Seeing Whitley was troubled, Roxie went to do her tasks and inform Cheren where she was. However, Hugh came and explained Team Plasma was back and one class member was a part of Team Plasma. Whitley came and her Foongy emitted Sleep Powder, causing Roxie and others to fall asleep.[6] As Roxie was still asleep, Rood had N's Zorua transform itself to look like Whitley, to make sure others were not suspicious of Whitley being a Team Plasma member.[7] Roxie woke up at the tube underwater, connecting Humilau City with Undella Town. She watched as Benga started a fire to warm everyone up, and that Marlon came to douse the fire and explain more. Roxie was shocked to hear Castelia City was frozen by a giant flying ship and was continuing freezing more cities. Since Marlon and Benga were looking for forces to counter attack, Roxie and Cheren pledged their support.[8] 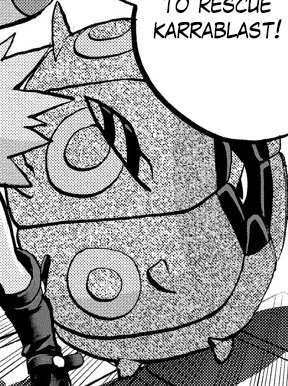 Retrieved from "https://pokemon.fandom.com/wiki/Roxie_(Adventures)?oldid=1063967"
Community content is available under CC-BY-SA unless otherwise noted.