For the variant appearing in the games, see Roxanne.

Roxanne is a character appearing in Pokémon: Advanced, who is the Gym Leader of Rustboro City and a teacher of the Pokémon Training School in the Hoenn region.

Roxanne is a girl with red eyes and brown hair, which is tied up into two pigtails with a red bow. Roxanne wears pink leggings and a small tie-like pink scarf around her neck, with a small black U-stripe. She wears a white shirt with a purple school uniform dress and a pair of purple shoes.

Being a teacher of the Pokémon Trainers School, Roxanne cares for her students. She finds important for her students to have a proper education, but to also become good friends, along with their Pokémon.

In addition to being the Rustboro City's Gym Leader, Roxanne was also a teacher at the Pokémon Academy in Rustboro City. Roxanne was searching for a Poliwag one of her students lost when she ran into Ash and his friends. Max had found the lost Poliwag, pleasing Roxanne. Seeing her students were arguing, Roxanne settled the dispute and went with the heroes to the Trainer's School. She had one of the teachers give a tour of the Trainer's School to the heroes, where she worked as a teacher. Roxanne had Professor Oak give a lecture via video screen to one of the classes at the Academy. Since she had a lot of work in the Trainer's School, Roxanne had to postpone her battle with Ash. The heroes understood and stayed a while at the School, with Roxanne showing them the vault of Poké Balls. The following day, Roxanne asked of Brock and Ash to show their Pokémon to the students, who were glad to see new Pokémon. Once the class was over, Roxanne had Tommy and Max use a Pokémon to battle things out. When Team Rocket stole all the Poké Balls from the vault, used for the Academy's training classes, Roxanne permitted her students to battle the villains for a bit. In time, Roxanne sent Geodude to defeat Team Rocket, retrieve the Poké Balls, and send Team Rocket blasting off once more. After the fuss was over, Roxanne showed she wanted to get her students to become friends and learn from this valuable experience, a task in which she succeeded. Brock warned Ash Roxanne was a tough opponent, but Roxanne sensed Ash was ready for her Gym Battle.[1]

With the matter settled, Roxanne had her Gym Battle with Ash. May decided to abstain from Gym Battles; instead, she wanted become a Coordinator, a path Roxanne respected, since everyone had their own goals and interactions with Pokémon. Before the battle, Roxanne had her students prepare the camera, since Roxanne would show the battle to her students. Roxanne sent her Geodude to battle against Ash's Treecko. Geodude endured most of Treecko's attacks and hit it with Rollout, but Treecko used its speed to severely pound Geodude. Geodude managed to defeat Treecko with Mega Punch, so Ash sent his Pikachu. Pikachu cleared the field with Thunder, and seemingly gave Geodude an advantage. However, Geodude could not use Roll Out properly and was defeated by Pikachu's Thunder. Roxanne sent her Nosepass, who took Pikachu's Iron Tail attack. However, Pikachu was exhausted and Nosepass managed to use Rock Tomb to encase Pikachu, who freed itself with Thunder. Nosepass used Sandstorm to come close to Pikachu and crush him, but Pikachu got away in time. Pikachu circled around Nosepass, who tracked its movement by using its large magnet nose. Nosepass launched Zap Cannon, though Pikachu took the hit and redirected it towards Nosepass, dealing a lot of damage. In the end, Pikachu defeated Nosepass with Iron Tail, so Ash won the battle. Roxanne gave Ash the Stone Badge, admitting she also learned a lot from their Gym Battle as well.[2]

While fishing out for a Whiscash, nicknamed Nero, who stole his Badge Case, Ash recalled battling Roxanne and her Nosepass.[3]

Before arriving to Slateport City for May's Grand Festival, she and Ash remembered their past adventures so far. Ash recalled battling Roxanne and her Nosepass, which resulted in his victory and obtained the Stone Badge.[4] 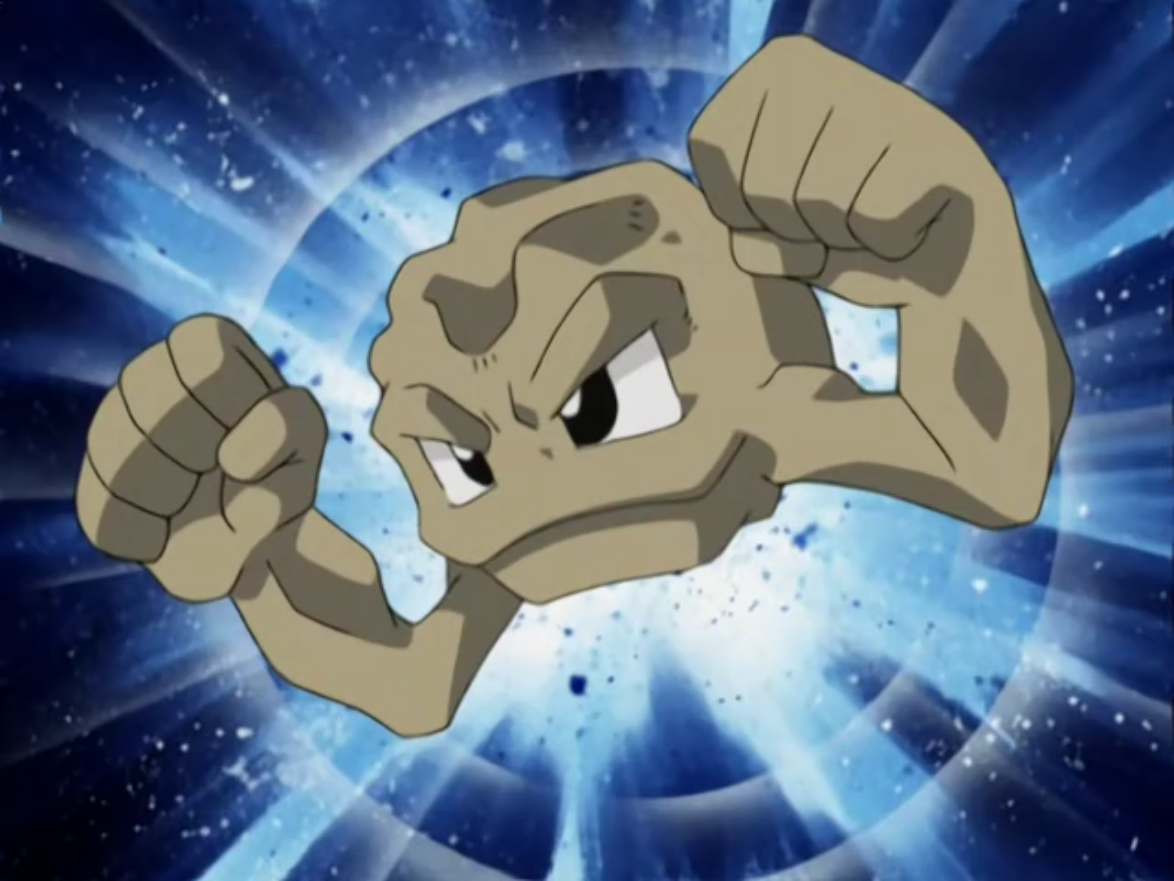 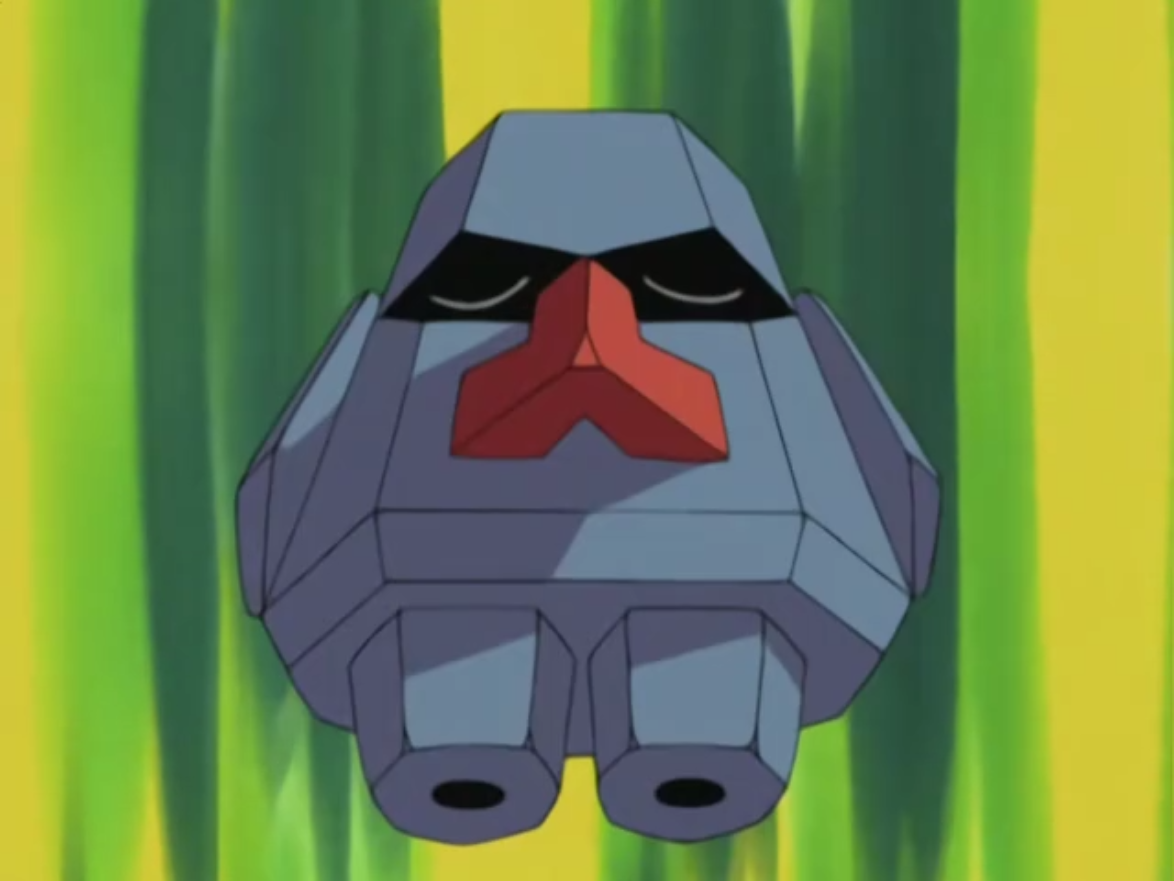 Roxanne before the battle.
Add a photo to this gallery

Retrieved from "https://pokemon.fandom.com/wiki/Roxanne_(anime)?oldid=1151536"
Community content is available under CC-BY-SA unless otherwise noted.