Roselia is a small, green Pokémon with poisonous thorns on its head, and each of its hands bloom red and blue roses. Roselia also wields a single-leaf with yellow stripe running down it, covering the torso, thigh, and partially the legs.

Roselia is the evolved form of Budew, which evolves through Happiness during the day. Roselia can evolve into Roserade with the use of a Shiny Stone.

One of May's contest rivals, Drew, owns a Roselia that seems to be his signature Pokémon. It is very elegant and is highly trained in contest combinations. It later evolved into Roserade while Drew was traveling in Johto.

Roselia is based on two roses. Although since before Pokémon Ruby and Sapphire's release, scientists were and are still working on making the Blue Girl Rose actually blue. In fact, some roses are actually blue, but they are genetically altered.

Roselia's name could have originated from the two words, "Rose" and "Azalea". The azaleas could have come from the fact that some azaleas are blue, referring to the left rose. 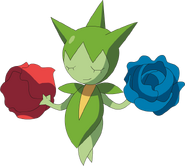 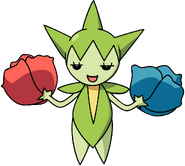 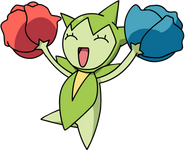 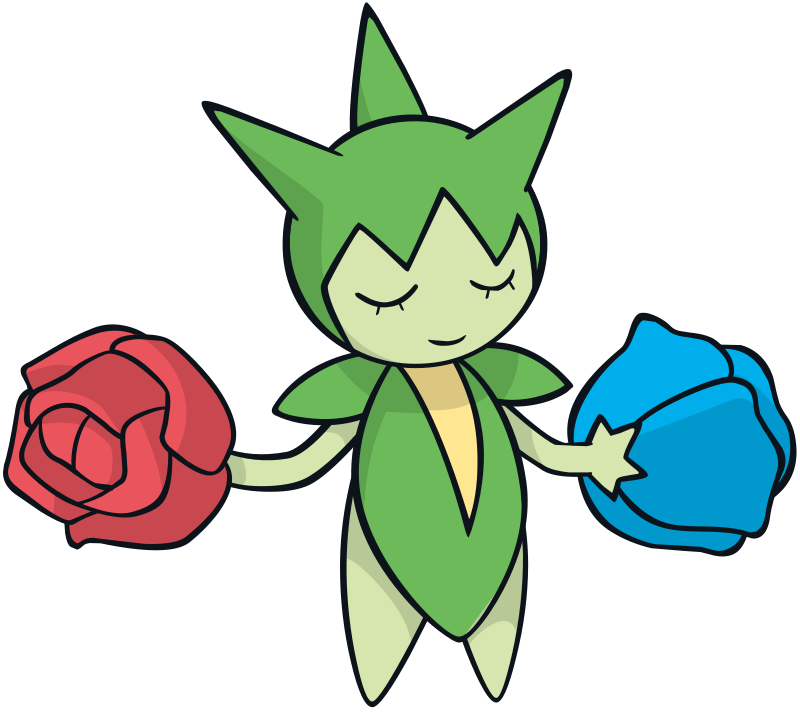 315Roselia Pokemon Colosseum.jpg
Add a photo to this gallery