For the variant appearing in the games, see Rood.

Letting Go
Rood is a character in Pokémon Adventures.

Gorm is one of the Seven Sages that was loyal to Ghetsis, scoffing at people for owning Pokémon. After Team Plasma went into hiding, due to their failed operations at the Pokémon League, Rood felt regret for his actions. It was why he offered to help Trainers like Whitley to undo the "liberation", and to stop people like Colress from taking control of Unova region, by using Kyurem to freeze cities.

Rood was one of the Sages that stood by Ghetsis and claimed the Pokémon were enslaved by humans. To free the Pokémon from humans, Ghetsis sent Rood to search for Victini, the mirage Pokémon that brings victory.[1]

In a castle, Rood and the rest of the sages watched as Ghetsis was crowning N, declaring him as the king of Team Plasma, and announce their mission to liberate Pokémon.[2]

One day, Rood approached Whitley, who held a Foongus. Whitley nicknamed it as Foongy, but Rood asked of her to place Foongus on the ground. He reminded her nicknaming Pokémon was unwise, for it makes releasing them and setting out to the wild much harder.[3]

The Seven Sages started to rise in power in Unova region. The Interpol took note of their shady activites, and sent Looker from Sinnoh to deal with the situation.[4]

Rood and the rest of the sages listened to the Shadow Triad's report on N. Ghetsis mused that N was trying to solve an unsolvable formula.[5]

Ryoku, Giallo, Rood and Zinzolin were at the castle. They were displeased that the Gym Leaders have banded together to stop their efforts in taking the Dark Stone, but Giallo stated that the Shadow Triad has been given powerful forces to stop the Gym Leaders. They also noticed Ghetsis leaving, who announced he would "go underground".[6] With the recent incidents of Team Plasma, Black swore to defeat the whole organization, as they were threatening the Pokémon League's opening in question.[7] The Seven Sages, as well as Anthea and Concordia, watched as N struggled to befriend Zekrom. The Seven Sages were concerned, as Zekrom inflicted pain on their king, but Ghetsis reminded N had to do this on his own, in order to be recognized as a hero. The other sages were sad, thinking ordinary trainers would capture Zekrom and think of it as their servant, and was why they thought of their goal to liberate Pokémon as noble.[8]

When speaking to Blake, Leo remembered the Seven Sages that caused trouble during the Unova Pokémon League.[12] Zinzolin told Colress how none of the Seven Sages knew nothing of Kyurem, which was why he shared the info about Kyurem with Team Plasma.[13]

Rood approached Whitley at Castelia City with two of the grunts. Whitley was surprised at his appearance, and was told Rood was contacted by Whitley's mother. As the grunts spoke that a certain police officer was arresting the Team Plasma sages, Rood promised to stop the Colress machine before he was arrested. However, he felt he was late, as the new Team Plasma organization, who despised N, constructed the Plasma Frigate and froze the Castelia City, by using Kyurem as the power source. Rood needed the chip that was passed onto Whitley, who pointed Hugh had it, who was unconscious. However, the grunts found no chip on the pendant Hugh took, making Whitley think he had it back at the Trainers' School in Aspertia City. Since Whitley could not leave her unconscious classmates (who have suspected she was a member of Team Plasma), Rood presented N's Zorua, which shocked Whitley. Zorua started into Whitley's eyes and transformed itself to make look exactly like her, although it could not speak words. Aware of Rood's presence, Ghetsis had Colress send a Mandibuzz to capture Rood. As Rood was to go with Whitley to Aspertia City, Whitley pushed him away and was accidentally taken away by Mandibuzz. Rood was in shock, and per Whitley's command, he ran off.[14] Finding out Whitley was the Team Plasma grunt he has been searching for, Blake explained one of his missions was to capture the Team Plasma sages, including Bronius.[15]

Hugh woke up, finding himself in Aspertia City's school. He was approached by Rood, and upon seeing he was a Team Plasma Sage, immediately sent an Eelektross to attack. Rood didn't even defend himself and was blown to a wall, while Hugh wanted revenge for the missing Purrloin he wanted to find. Rood explained he knew of that Purrloin, and explained it was the first Pokémon that Team Plasma had "liberated" at Route 19 from the siblings in Aspertia City. Hugh was surprised to see the man knew of the Purrloin, who was kept safe by a certain man. He wanted to find the Purrloin, but Rood stated there were more important things: the flying ship that threatened Unova was the problem. Rood promised to take Hugh to that person once the threat was over. Hugh wanted to leap into the action, but Rood spoke of a divergence among the organization, one of which used the Colress Machine to take over Kyurem to freeze Unova. It was why he needed the chip that Hugh had found. Suddenly, the "black" Team Plasma arrived to attack Rood. Hugh sent Vibrava and Eelektross to defend Rood. He admitted that against his better wishes, he told Rood that the chip was in a picture frame in his room, and gave Rood the keys to that room. Rood and Chandelure went up to that room, and entered Hugh's room. Rood soon found the photo of Hugh, his sister and her Purrloin. He apologized, as he found the chip.[16]

Rood found Hugh's chip, and helped Hugh by having his Lampent use Inferno on black Team Plasma grunts. Hugh approached Rood, who apologized for being so late. He explained they had to use the chip at Team Plasma's hideout, where there was a certain device. Thus, Hugh followed Rood to the hideout, where Rood was joined by white Team Plasma grunts, as they were using the chip.[17] Rood confronted Colress at the Giant Chasm, where he announced that his machine had been stopped with the usage of the special chip. Colress was deeply disturbed by that, as Rood pointed out he could no longer control Kyurem. Kyurem, however, diffused from Zekrom, who sealed itself in the Dark Ball, and absorbed Reshiram. Colress smiled, for Rood's efforts to stop Kyurem have failed. At that moment, Kyurem went berserk, as it used Ice Burn on Colress, who nearly evaded the attack.[18]

More alarming to the group, however, was that the Plasma Frigate was reactivated and flew in mid-air. Gorm joined Rood, and the two stood watch over the Poké Balls that fell out of the Plasma Frigate. Rood asked Gorm what he thought of the situation, to which Gorm believed that the "Heroes of Truth and Ideals" were not enemies anymore. Furthermore, Gorm believed that Reshiram, Zekrom and Kyurem didn't care whether they would fuse or remain diffused. Rood asked about Kyurem, and Gorm believed it was not free as long as Colress remained active.[19] Rood was later imprisoned in the Interpol headquarters, where he was visited by Whitley. Rood was glad that she was spared, for Hugh and Blake were silent about her involvement with Team Plasma. Rood explained that N would soon be released, for his mission to return all "liberated" Pokémon, and told that N had visited the Champion to parley. He also mentioned that while Ghetsis was imprisoned, there were still other people opressing Pokémon, which made Whitley sad. Rood reminded they would have to remain true to themselves, to preserve on.[20] 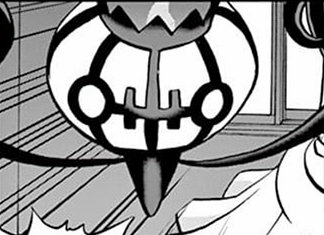 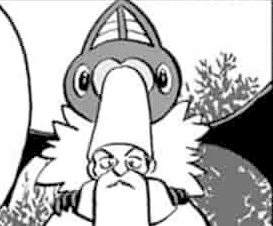 Retrieved from "https://pokemon.fandom.com/wiki/Rood_(Adventures)?oldid=1327665"
Community content is available under CC-BY-SA unless otherwise noted.