For the variant appearing in the games, see Roark.

Shapes of Things to Come!

Roark is a character appearing in Pokémon: Diamond and Pearl, who is the Gym Leader of Oreburgh City in the Sinnoh region and the son of Byron the current Gym Leader of Canalave City.

Roark first appeared when both Paul and Ash show up at his Gym for a battle. Since Paul was the first to show up he was able to battle Roark first. Roark, using a team of Geodude, Onix and Cranidos battled Paul's team of Azumarill, Chimchar and Elekid. Roark's strong abilities were shown as he was able to defeat two of Paul's Pokémon, though his Cranidos was unable to withstand Elekid's power leaving Paul the victor.[1]

Ash battled Roark the day after Paul's battle. Using a team of Pikachu, Turtwig and Aipom, Ash battled his way through Roark's team. In the end though, Ash was defeated by Roark and would need to challenge him again.[2]

Roark later teams up with Ash and the group against Team Rocket who manage to steal the machine to resurrect the fossil back to life as well as releasing a rampaging Aerodactyl to cause rampage in the city. His Cranidos got caught in the net made by Team Rocket until it destroys it when it evolved into Rampardos. After Team Rocket is blasted off, Roark thanked Ash for helping him saving his hometown from its rampage and he gave Ash a rematch for his Coal Badge.[3]

Ash would have a rematch with Roark using the same Pokémon. Roark's newly evolved Rampardos proved to be difficult but was defeated by Turtwig. With Roark's defeat, Ash had earned his Coal Badge.[4]

While on their way to Hearthome City, Ash recalled the events with Roark.[5]

Roark returned where he fell out with his father, Byron, the Gym Leader of Canalave City. Roark told Ash and his friends that he came to see his father because of his wedding anniversary with Roark's mother and told them that was the Gym Leader of Oreburgh City, who eventually left his family to take up the place of Gym Leader in Canalave City. Both father and son had an exhibition battle between Roark's Rampardos and Byron's Bastiodon as they fought similar to a spear and a shield. Their battle was interrupted when Team Rocket stole all of his father's fossil collections. Roark told his father that Team Rocket was stealing his fossil collection as he was angrily mad for their actions. Both of their Pokemon tried to deal the drill robot that Team Rocket had made. When Rampardos was weaken, it was defended by Byron's Bastiodon as Byron cared for his son and his reason he wanted to train his son about defense capabilities. Altogether, both Rampardos and Bastiodon smashed the robot down to create a dent of hole so that Ash's Pikachu could blast Team Rocket off with its Thunderbolt as the fossils they stole are dropped. Byron revealed he cared for his family after he keeps the sunken leaf fossil that Roark shows it to him in its youth as both father and son soon reconcile and Byron passed the torch to Roark as the Gym Leader of Oreburgh City because he is his father's apprentice.[6]

Roark served as a referee in his dad's Gym battle against Ash. Roark gave Ash some advice during the battle and became amused to Ash's win against his father to win the Mine Badge.[7]

While the gang walked to Snowpoint City, a flashback of what happened so far on their journey was shown.[8] 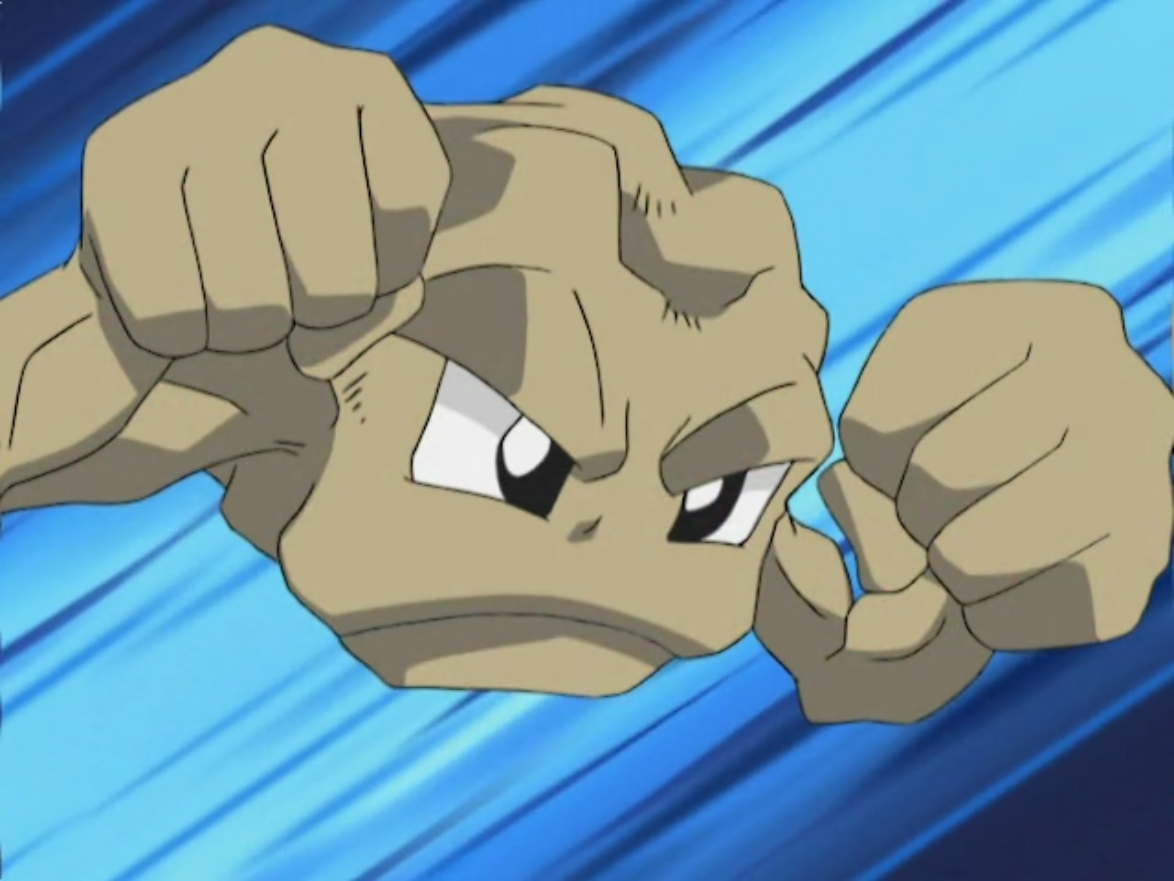 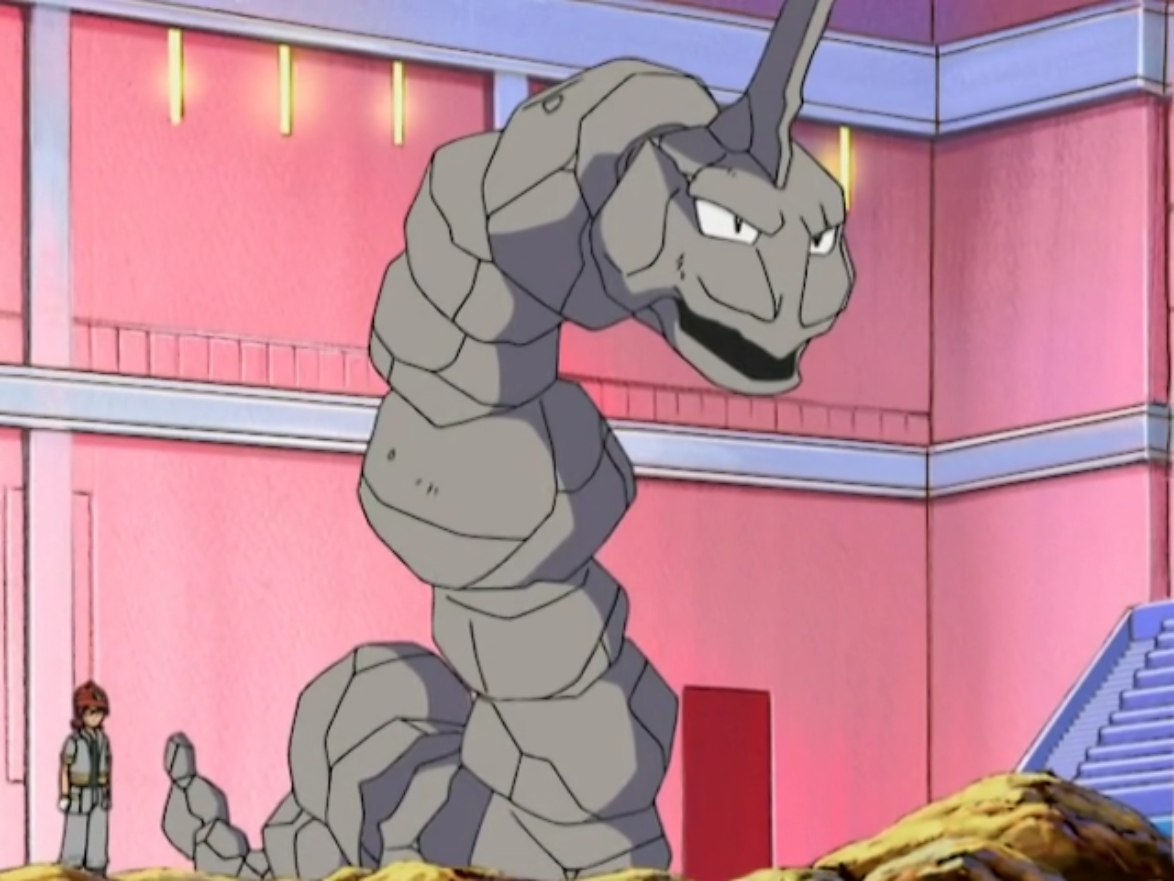 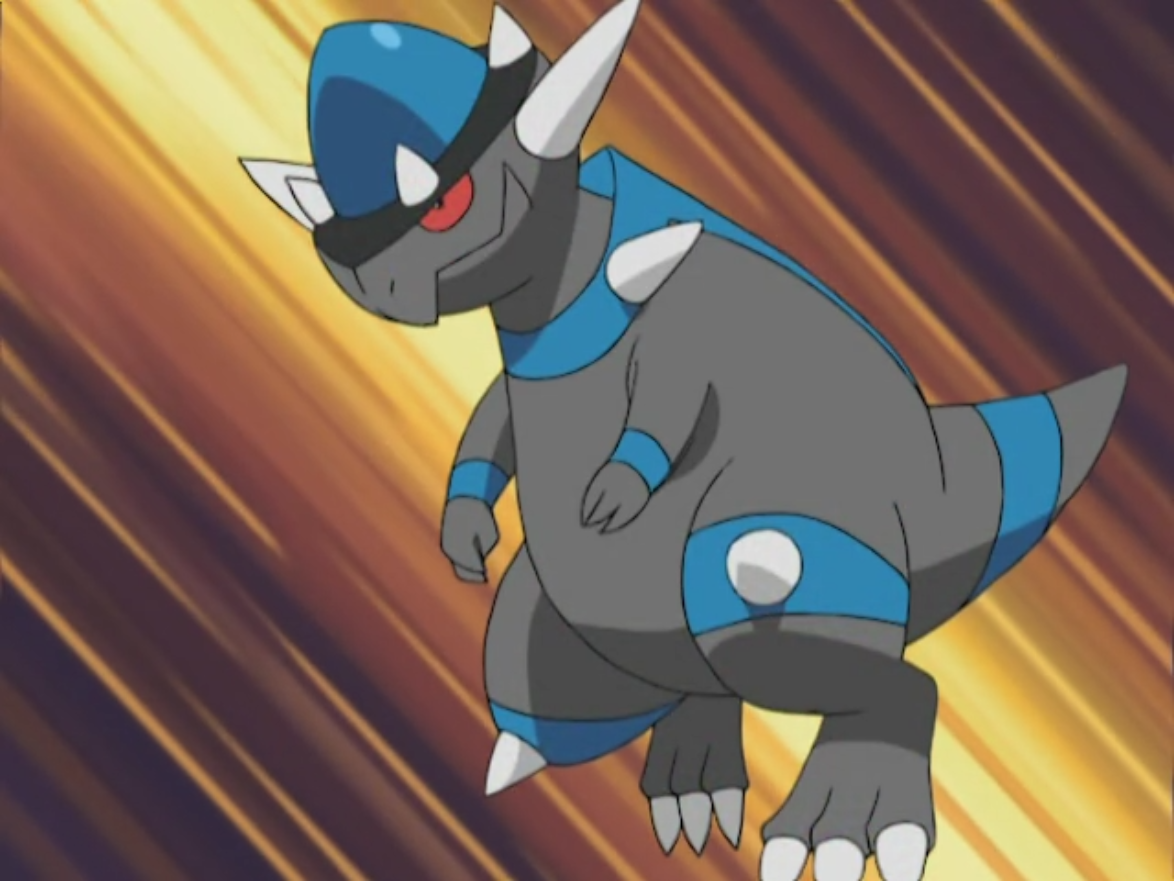 Ash in his Gym Battle with Roark.

Retrieved from "https://pokemon.fandom.com/wiki/Roark_(anime)?oldid=1122358"
Community content is available under CC-BY-SA unless otherwise noted.