Misty
Jessie
Rachael Lillis (July 8, 1978) is an American actress, voice actress and scriptwriter who resided in New York City during the 1990s and 2000s. She freelances with various companies such as 4Kids Entertainment, NYAV Post, and the now defunct Central Park Media, and her voices can be heard on PBS programs such as NOVA and Sesame Street. Lillis also sings and plays the Irish flute. She has also claimed that dubbing companies commonly misspell her first name. Outside of Pokémon her roles included Queen La Andromeda Promethium in Maetel Legend, Ursula in Dinosaur King and the main character Utena Tenjou in Revolutionary Girl Utena.

In the early 2010s, Rachael started going by Rachael McCabe and has since moved to Los Angeles in the same vein as Veronica Taylor, Megan Hollingshead, Crispin Freeman, and other New York actors that had been associated with the series. She now works for dubs done by Bang Zoom! Entertainment. 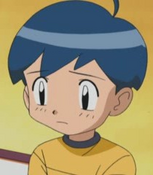 Kenny from the Pokémon Trainer's School in Hoenn 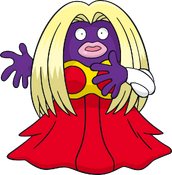 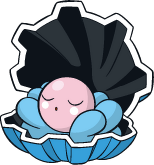