Pyro is a trainer who uses a Flareon.

He pressured his brother, Mikey, into using a Fire Stone to have Eevee evolve into Flareon, but after Mikey had his say he was happy because since each of them had an Eevee form, they can truly be called the four Eevee brothers.

Pyro appears, along with his brothers, in The Electric Tale of Pikachu manga. Like Rainer and Sparky, he tries to force Mikey to evolve his Eevee. 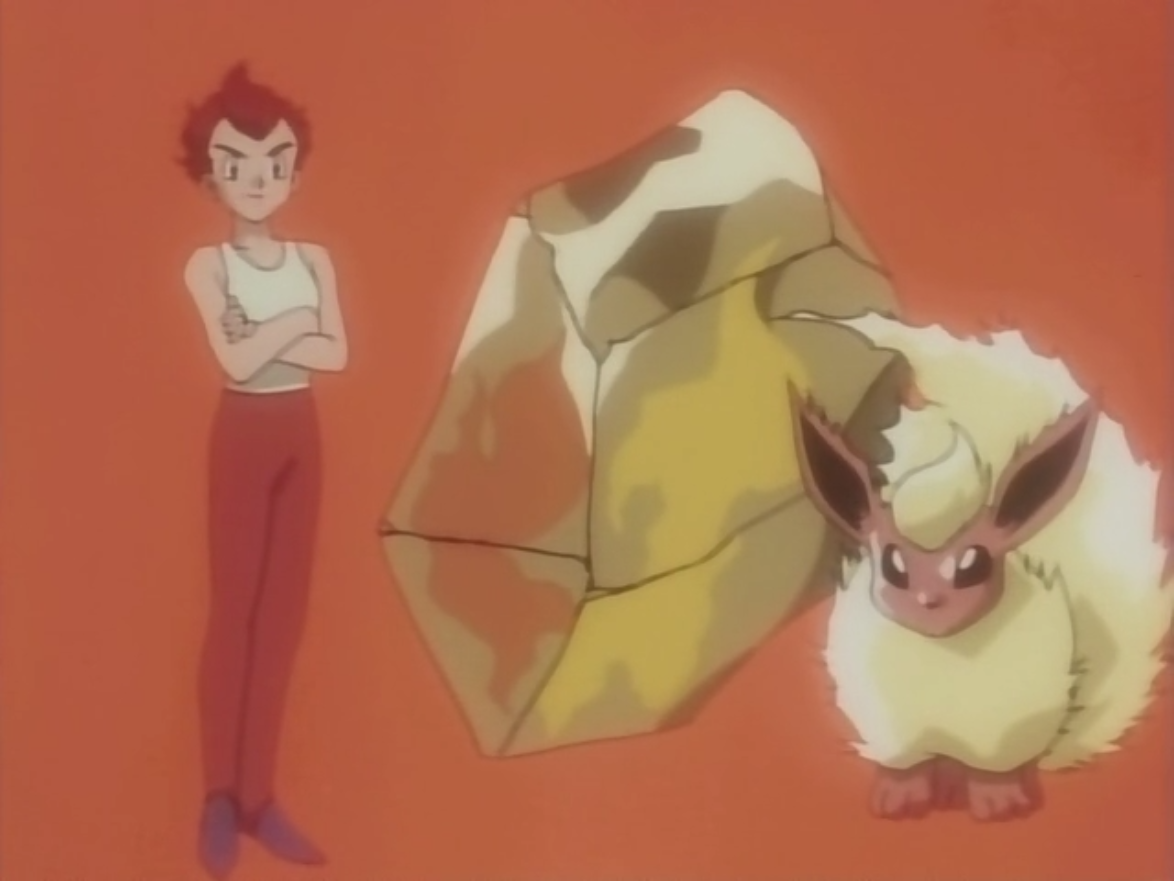 Retrieved from "https://pokemon.fandom.com/wiki/Pyro?oldid=1028897"
Community content is available under CC-BY-SA unless otherwise noted.