For the variant appearing in the games, see Pyramid King Brandon.

Battling The Enemy Within!

Pyramid King Brandon is a character appearing in the anime series, who is the Frontier Brain of the Battle Pyramid in the Battle Frontier in the Hoenn region.

Brandon is tall and medium build. He has thick brown hair that hangs around his face, with a thick, long side fringe, small dark eyes with thick dark, prominent eyebrows and slightly tanned skin. He wears a cider green coloured jacket fastened with big white buttons and has a red collar, matching cropped trousers, white socks and charcoal coloured flat shoes. He also wears a black belt with a gray pack on his side.

If he objects a certain subject, he has a habit of shouting "Nooo!!!", as obvious objection.

Pokemon the Series: Ruby and Sapphire

Upon discovering a Pyramid in Pewter City, Ash and his friends explored the area. However, Ash set off some traps, causing Brandon to come and save him. However, Brandon was disappointed in Ash, for making such a mistake, even if he had six Frontier Symbols with him. While continuing the exploration with Brandon, Ash unknowingly touched an orb and was possessed by a spirit of an evil king. Brandon swore to defeat the king, as the latter had promised to conquer the world. Brandon reminded he was the Pyramid King - the owner of the facility - and if he lost, he'd hand over his Pokémon to the spirit, who accepted the challenge. Brandon used Regirock and against Ash's Sceptile, using Iron Defense to block its attacks.

As it went to use Hyper Beam, Regirock stopped the attack as the spirit had Sceptile hide behind the referee. Using the moment, Sceptile used Leaf Blade to wound Regirock's legs. Brandon had Regirock use Lock On and fire a Hyper Beam to defeat Sceptile. Despite losing, the spirit went to use Pikachu to battle Brandon, who called him a coward. Ash regained control of his body, so Pikachu electrocuted him, to get the spirit out of his body, to which Brandon sealed away the King's evil spirit again. Brandon stated that Ash's friends stopped the spirit, and Ash's recklessness was what put him in danger. Ash wanted a rematch, but Brandon had to move to a different location. Nevertheless, he advised Ash to train before his next rematch.[1]

Brandon was excavating more ruins, when Ash approached him. Brandon arranged a puzzle to open an ancient door. Ash wanted a rematch, promising he did train hard. Brandon accepted his challenge, but reminded him of his previous encounter with the dark spirit. Still, he announced he'd use Registeel in this battle. Moments later, at the Battle Pyramid, Brandon sent Registeel against Ash and his Torkoal. Torkoal managed to fend off Registeel's Zap Cannon by using Iron Defense and use Body Slam to paralyze it. It entered a Sandstorm to attack Registeel with Flamethrower, but was ultimatively defeated by Lock-On and Zap Cannon combo. Brandon was nevertheless impressed by Ash's techniques, but reminded that the Trainer had to learn more about Pokémon. Brandon left to obtain a final Pokémon, leaving Ash to do more training.[2]

Ash met Brandon for the third time after Ash's Charizard sensed his presence. Brandon was impressed to see Ash's four of his old Pokémon blasting off Team Rocket with their combination abilities and Ash's connection with his first four of his Pokémon. Ash was also amazed after hearing from his assistant that he already found a Pokémon. Brandon accepted his rematch, suggesting to Ash that their battle will be 4 on 4 so that he needs to know how he fights with his four Pokémon. On the battlefield, Brandon sent Dusclops to battle his Charizard. Their abilities were equally matched until Brandon finally showed its strategic move with his Dusclops using both Mean Look and Confuse Ray to put Charizard in confusion. His Dusclops manage to defeat Charizard with Shadow Punch, due to Ash's mistake that Fighting-Type move Seismic Toss does not effect on the Ghost-type.[3]

His Dusclops is soon defeated by Ash's Bulbasaur due to its damage sustained from Charizard earlier. Brandon releases his second Pokemon Ninjask to fight Ash's Squirtle after Ash recalls his Bulbasaur after the fight but is defeated with its Skull Bash. He later releases Solrock and eventually defeats Squirtle from its Solar Beam causing Ash to release Bulbasaur in the fight. Their fight becomes relentless until both Solrock and Bulbasaur ends up in a double knock-out with both of their Solar Beams. Both battled to their very last Pokémon using both Pikachu and Regice, with Regice's deadly strategy proves to be strong using Ice Beam to put Pikachu at bay by being stick in ice crystals and restoring its energy with its Rest, it was soon defeated by Pikachu in a valor fight using Volt Tackle making Ash as the victor. During the battle, Brandon is expert on confusing his opponents Pokémon completely using both Mean Look and Confuse Ray on Solrock, Ninjask and Dusclops respectively to put the Pokemon completely confused. But in its initial appearance, he is also expert to lock-on targets to make a combo extender from his opponents which he uses Regirock to defeat a possessed Ash who releases his Sceptile.[4]

Pikachu's battle against Brandon's Regice was remembered by Ash, who was in dillemma whether to evolve Pikachu into Raichu, or not.[5]

Brandon flew in the Battle Pyramid, next to Snowpoint City. At the time Ash, Dawn, Brock, Zoey, Paul and Reggie were all in Snowpoint City, they went to meet up with him. Brandon greeted the group, recognizing most of them, including Paul, who challenged him to a battle. Brandon accepted the challenge, but sent his assistant Samuel and Temple Maiden Maria to go on ahead to the Snowpoint Temple, for he arrived to that place to study the ruins. In the Battle Pyramid, Paul used his entire team to battle Brandon's Regirock, Regice and Registeel, who were able to defeat his Pokémon.

Paul's main reason to challenge Brandon was to make off his older brother Reggie's loss against him: Brandon nevertheless applauded Paul for his strength, but reminded that his emotions got in his way. Reggie proposed a battle between Ash and Paul, which Brandon approved of. The two Trainers decided to meet one another at Lake Acuity, for a full battle. After Reggie, Paul, Zoey and gym leader Candice left, Maria and Samuel arrived, informing the group of a mysterious group of people blocking off the temple.[6]

The group went to the Snowpoint Temple, feeling that hunters arrived to snatch Regigigas. Inside, Hunter J destroyed three pillars guarding Regigigas, and, despite Brandon and Maria's protests, used Salamence's Flamethrower on the Orb of Regigigas, awakening it and sending it into a rage. Brandon used his Regirock, Regice and Registeel in an attempt to capture the Colossal Pokémon, only to be foiled by J. However, due to Regigigas' Confuse Ray, the three Regis went feral and joined Regigigas to protect it. When the three Regis sacrificed their own lives to protect Regigigas (being petrified by J's beam), Brandon was also struck by her beam.

This, in turn, calmed Regigigas down, who was able to reflect an attack from J's Salamence back at her, crippling her wrist cannon. When J retreated because of her client being scared off by the commotion, much to her frustration at another lost contract, Regigigas restored Brandon and the Regis to their former state before returning to its dormant state as the Orb of Regigigas. Brandon decided to help rebuild the Snowpoint Temple which was partially destroyed during the conflict, entrusting his Regis with protecting Regigigas to ensure it would not be disturbed again.[7] 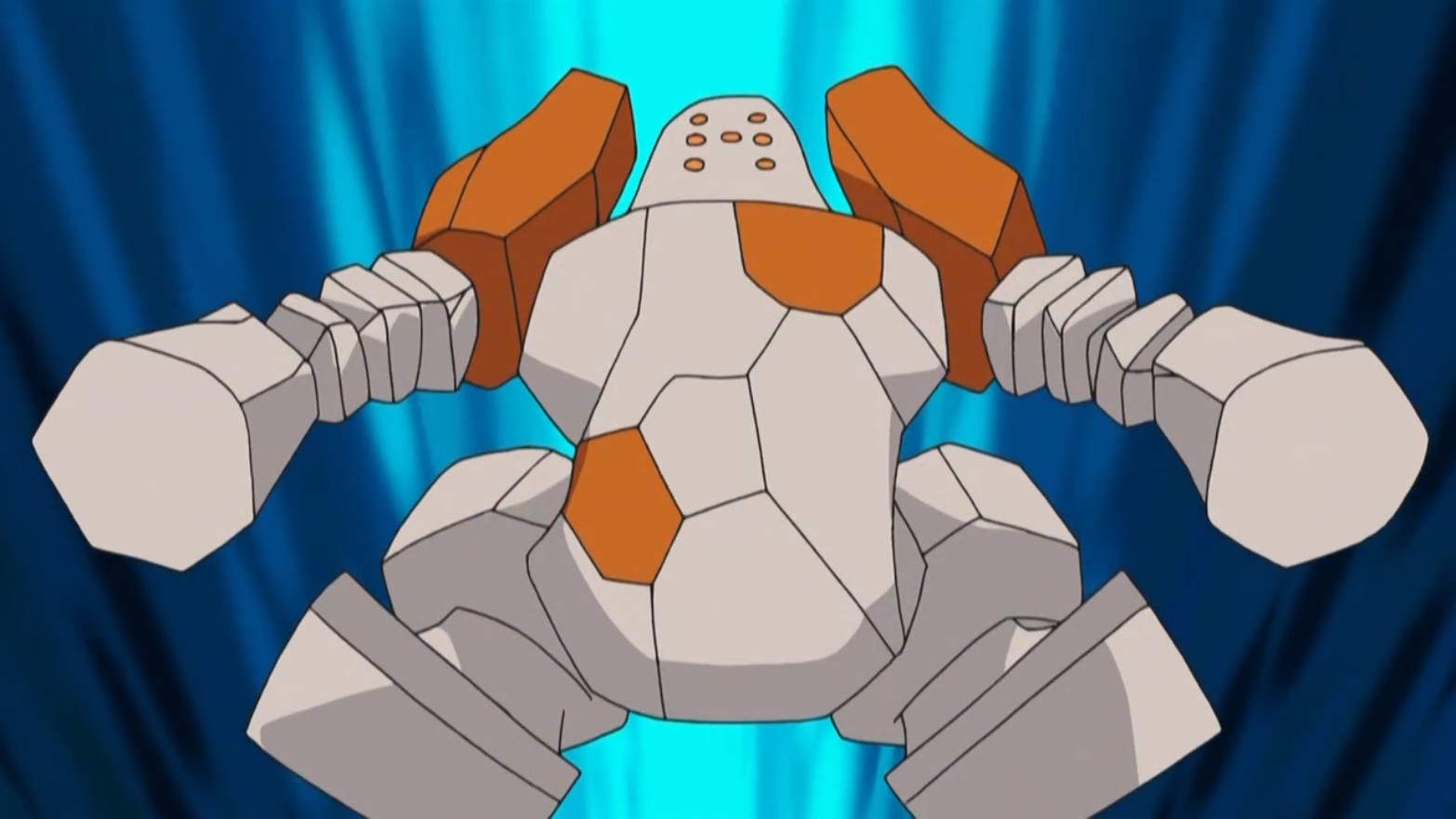 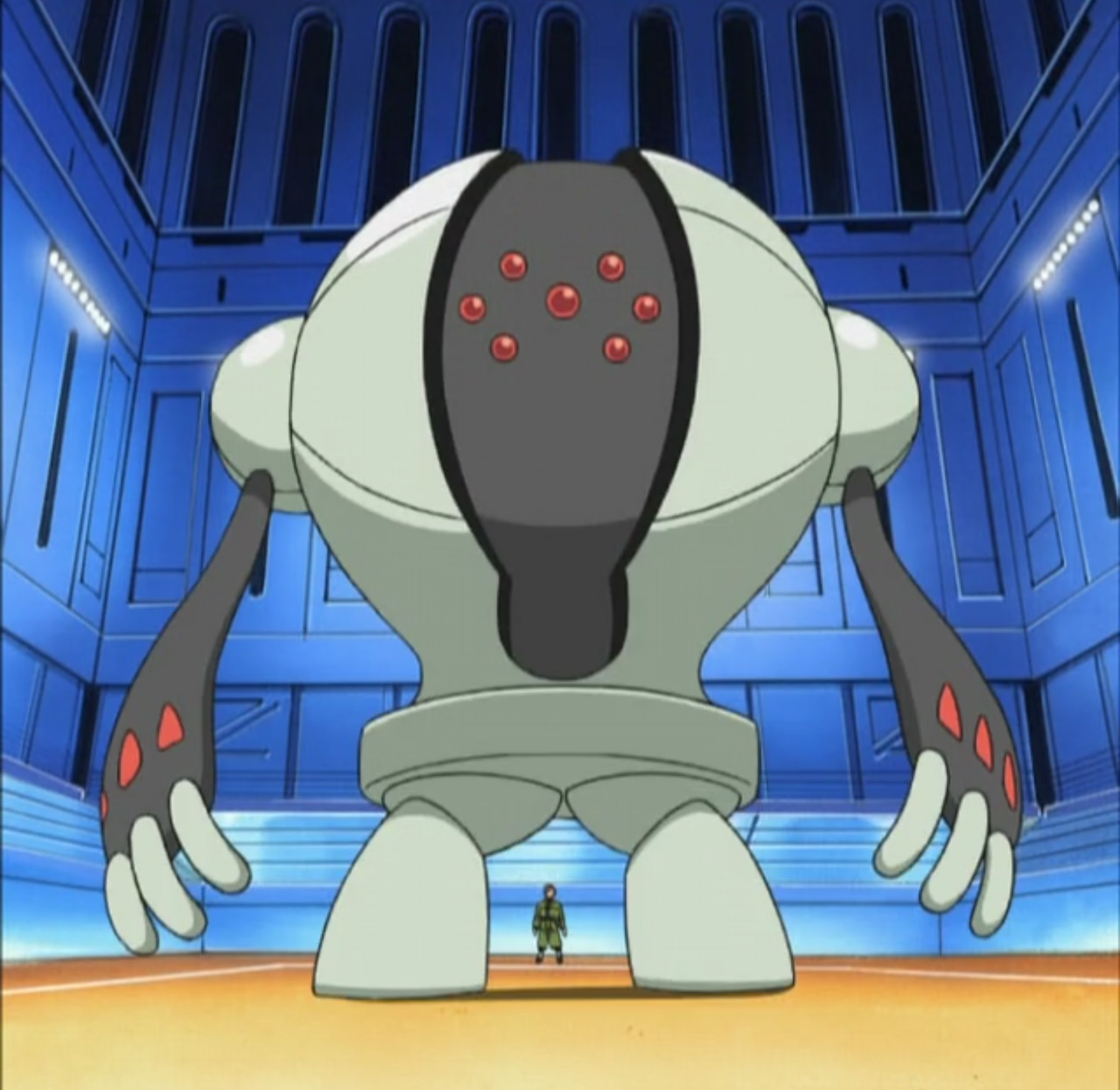 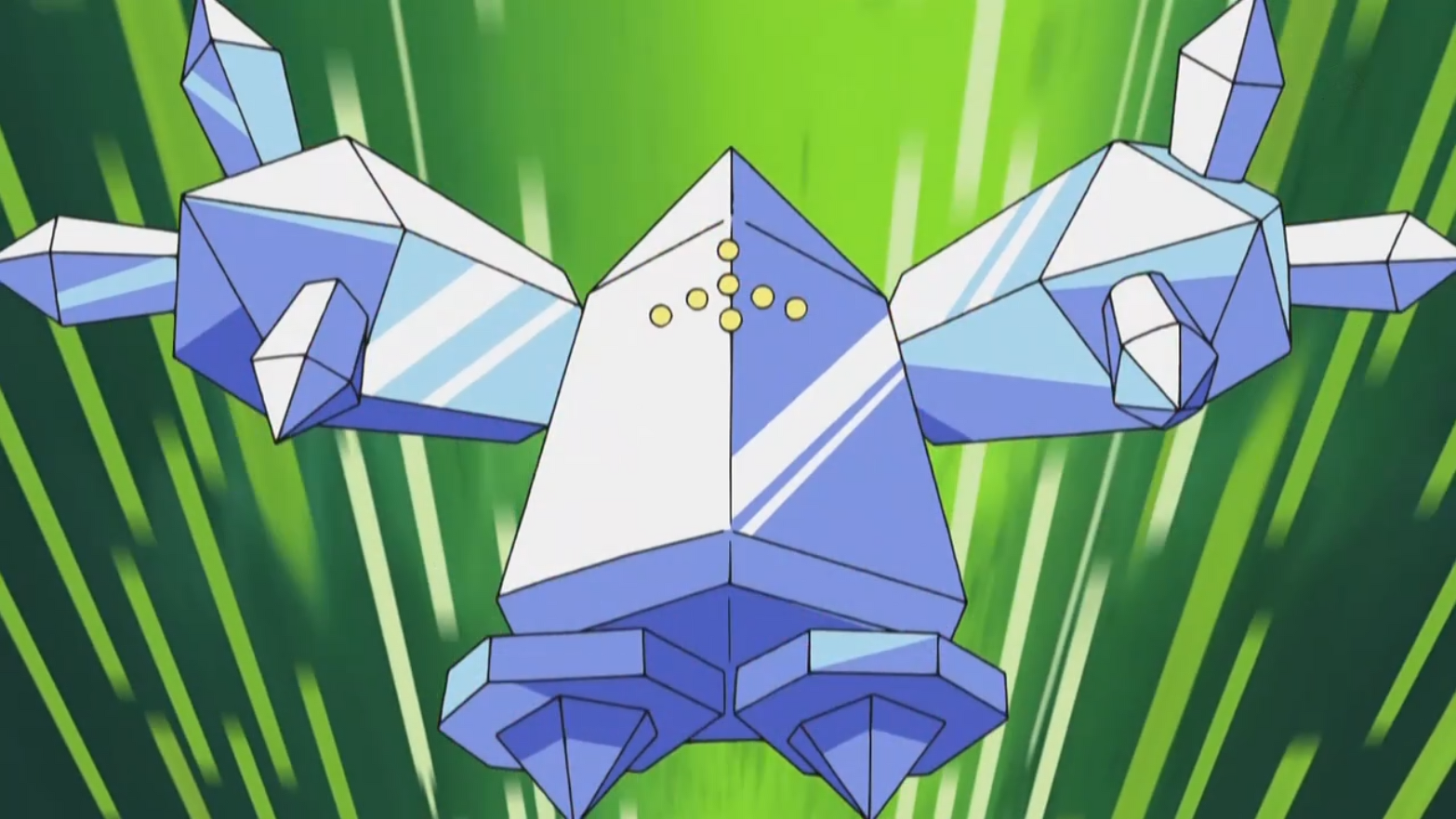 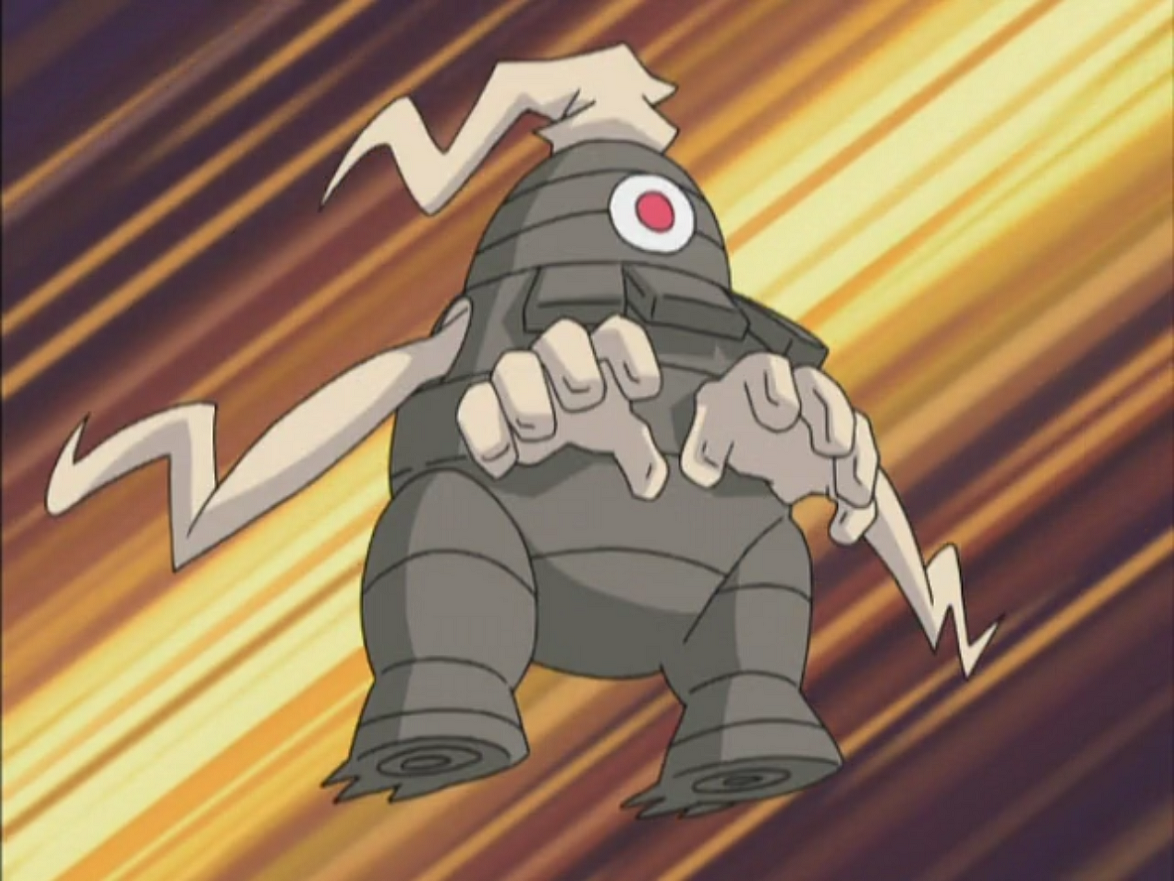 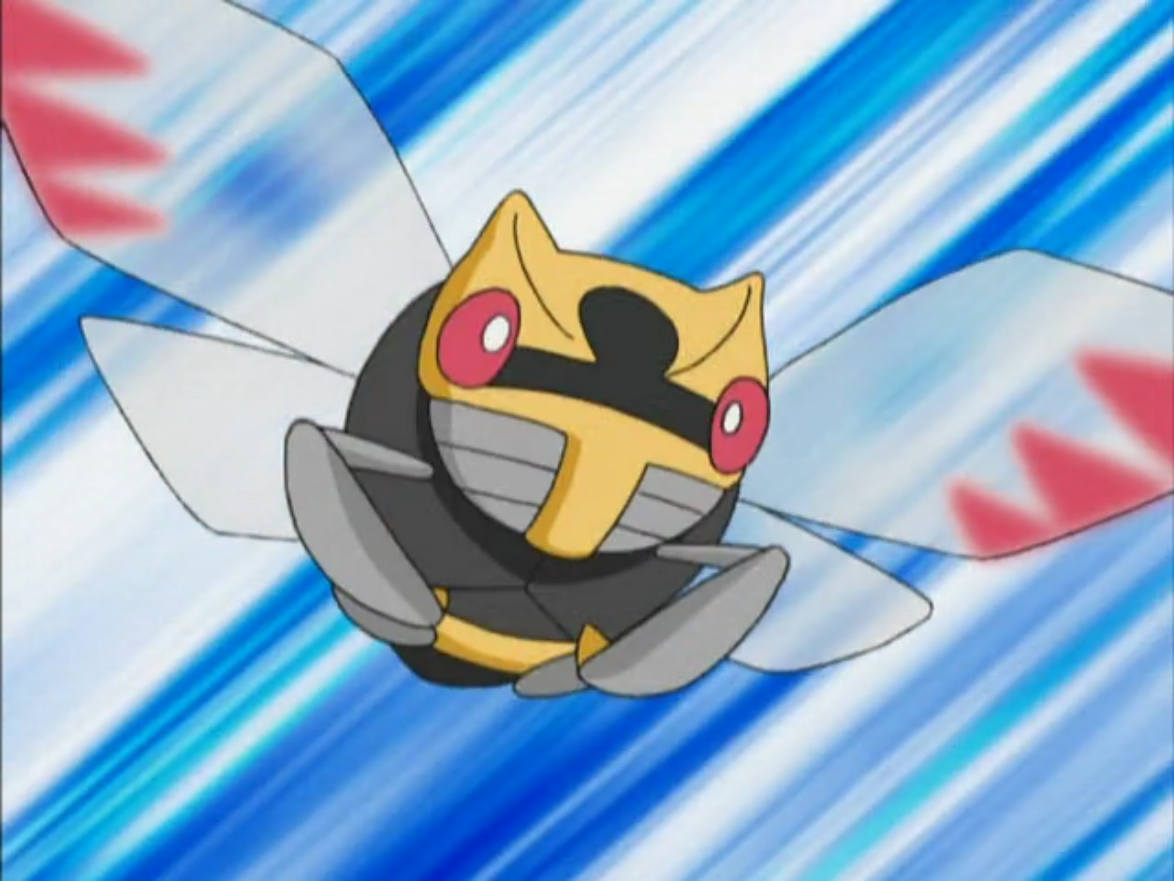 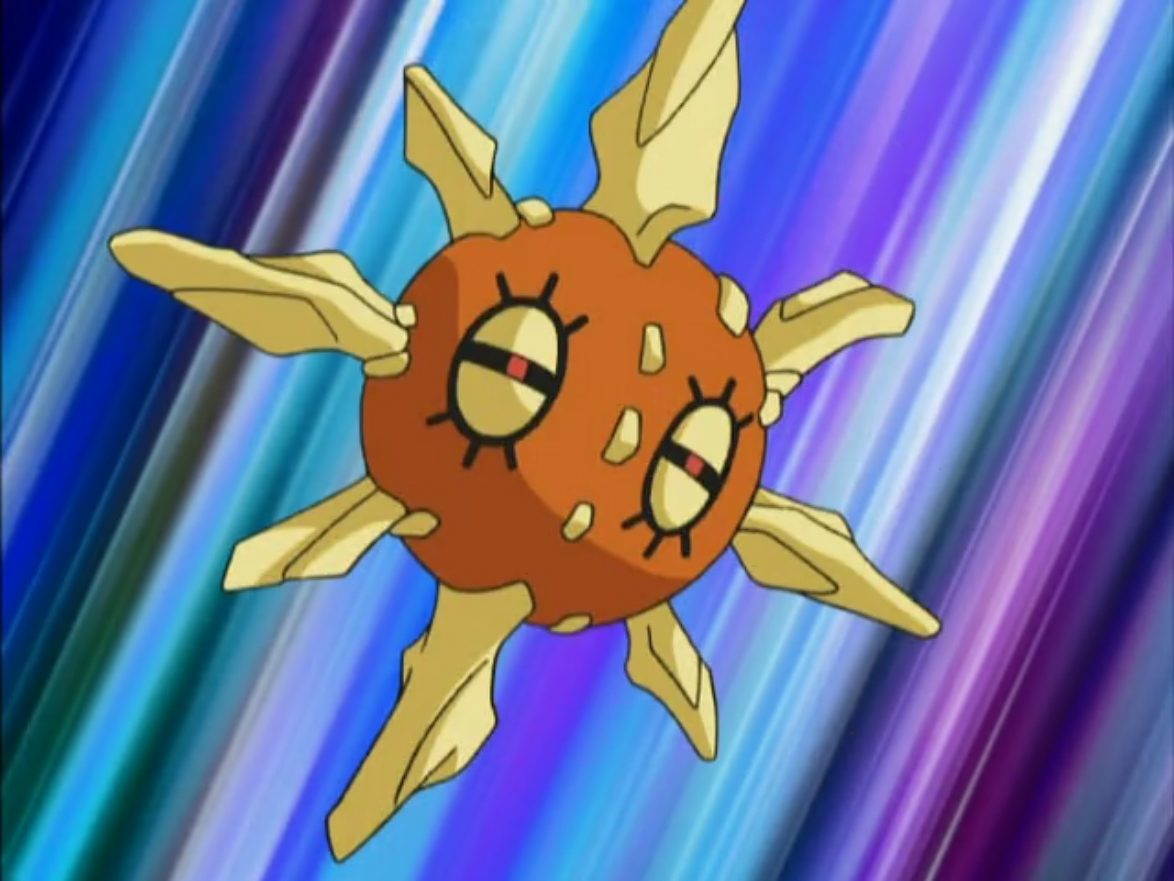 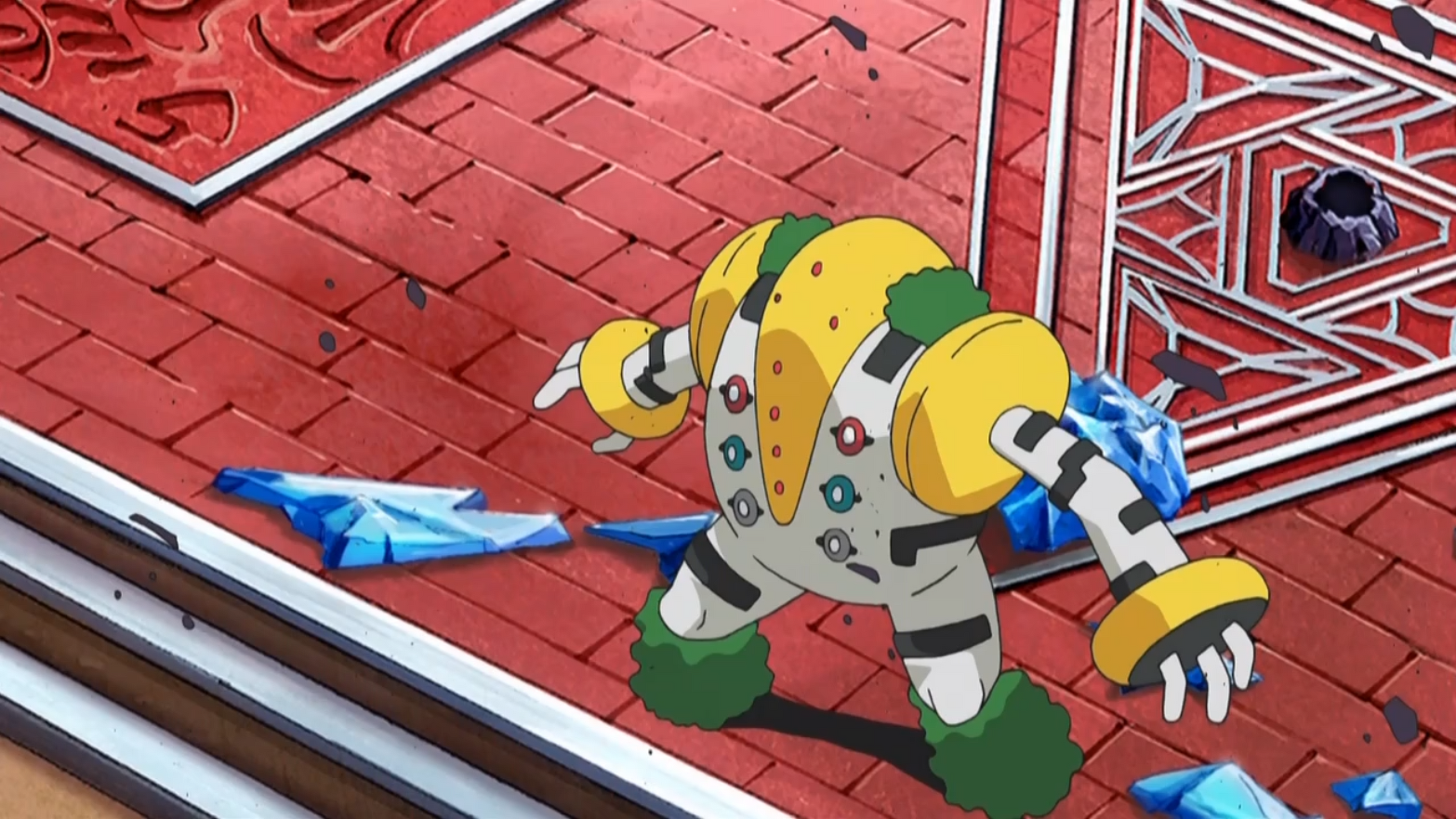 Brandon in the anime
Add a photo to this gallery

Retrieved from "https://pokemon.fandom.com/wiki/Pyramid_King_Brandon_(anime)?oldid=1420730"
Community content is available under CC-BY-SA unless otherwise noted.